If you’re a fan of the Sesame Street TV show, you may be familiar with the Sesame Place theme park in Pennsylvania. Since opening in 1980, the park has welcomed fans of Big Bird, Elmo and the entire Sesame Street gang. The 14-acre park is home to one roller coaster and a plethora of kid friendly rides and attractions. It’s celebrating its 35th anniversary this year. 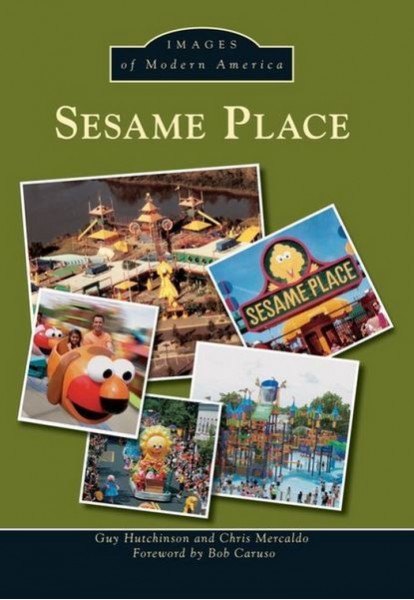 I recently had the chance to ask Sesame Street expert Guy Hutchinson about the park. He coauthored a book detailing and illustrating the park’s history:

Since opening in 1980, Sesame Place theme park in Langhorne, Pennsylvania, has been the Northeast’s premier destination for fun, learning, and entertainment for children and adults alike. This wonderful playland has seen immense change and growth from opening day, ever adapting like Sesame Street itself to engage the newest generation of kids. Here, the original Muppets from Sesame Street created by Jim Henson, such as Big Bird, Grover, and Cookie Monster, as well as the newer residents, such as Elmo, Zoe, Murray, and Abby Cadabby, come right out of the television and into attractions, shows, parades, meet-and-greets, and more.

C101: Was Sesame Place the first theme park you visited? Can you describe your first memories of the park?

Yes and no. I visited Sesame Place in the early 1980s, before I ever went to a theme park, but Sesame Place wasn’t a theme park back then. They didn’t have any rides, but they had amazing slides and climbing nets. It was the greatest playground in the world. I was in awe. 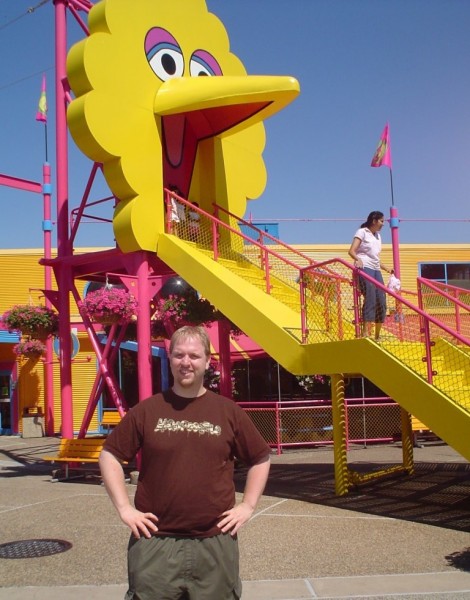 C101: What inspired you to write a book about Sesame Place?

I was so surprised when I went back to Sesame Place decades later with my son. It changed so much and I couldn’t believe this history hadn’t been recorded. I decided to start compiling as much information as possible so it would be preserved for future generations of theme park fans.

Then I met Chris Mercaldo, the coauthor of the book, and we approached Sesame Place and thankfully they were very interested in preserving the park history.

It was a great subject for many reasons. It’s my local park and I have nostalgic feelings for it, I’m a big fan of Jim Henson’s work, and because it has changed more in 35 years than any park I have ever heard of.

C101: What do you think has most changed about the park over the course of its history?

Virtually everything changed, but the biggest change has been the addition of mechanical rides. They resisted it for over 10 years, but now they have several great ones. The park’s original mission was to avoid traditional rides so that kids had to find active ways to play. They still have areas like that, but times changed, and guests wanted rides.

The one constant has been a commitment to quality family entertainment and the education and development of children.

C101: Often times small parks with limited room to grow struggle with staying competitive, especially in a region that has many of amusement and theme park offerings. How do you think Sesame Place continues to thrive?

Sesame Place has expanded from 3 acres to 14 acres, but it hasn’t been easy. They are located in a busy shopping district. So they have had to find creative ways to spread out. What helped them is the fact that they don’t mind changing. 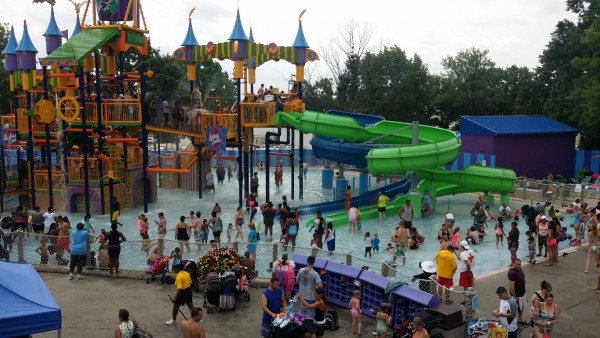 They have torn out almost everything from opening day in 1980. They may not have done that if they had more space. However, times changed and they kept up with the times.

C101: What do you think adults – with or without kids – can take away from a day at Sesame Place?

There is some wonderful entertainment. The stage shows are great and the parade is even better.

There is also such great attention paid to the theming. It’s a place that makes anyone smile.

C101: What’s your favorite ride at the park?

I love tea cups! They have one called Monster Mix-Up and it has a disco theme and a mural of Grover dressed like John Travolta!

C101: What do you consider to be a hidden gem at Sesame Place?

The character meals are astoundingly good. Better than any I’ve seen elsewhere. The characters do musical numbers and dance for the kids. 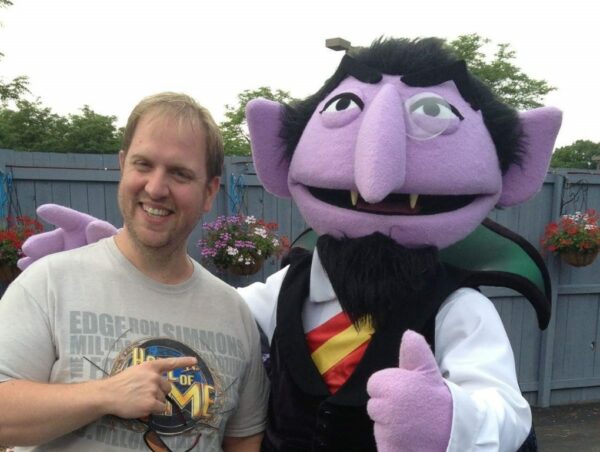 C101: Where do you see Sesame Place 10 years from now in terms of growth or changes in attraction offerings?

Historically they have been very innovative. They have had characters with moving mouths since the early 1980s. They had a computer lab on opening day that gave many adults their first computer experience. They had one of the first ball crawls anywhere They pioneered many types of water slides.

I imagine they will have whatever the next big thing is… before it is a big thing.

C101: Do you think the park will ever build another roller coaster?

I do. The one they have now, Super Grover’ Vapor Trail, is very popular and they have space near it where another coaster would fit. 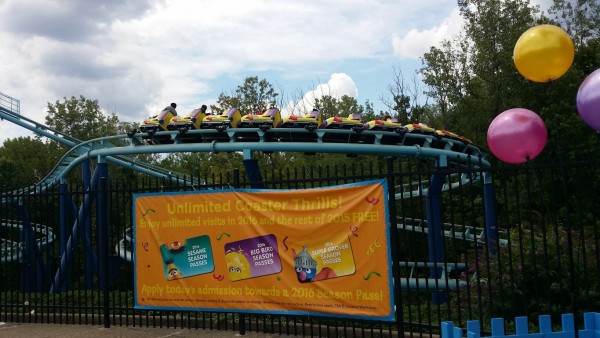 The way the land slopes down at that spot would make it a great spot for a coaster. Now we just need another super hero on Sesame Street to name it after.

C101: If you could change one thing about Sesame Place, what would it be?

I really wish it could be open all year round. They have expanded to include Halloween and Christmas, but for little kids, the wait from January to late April is really long. 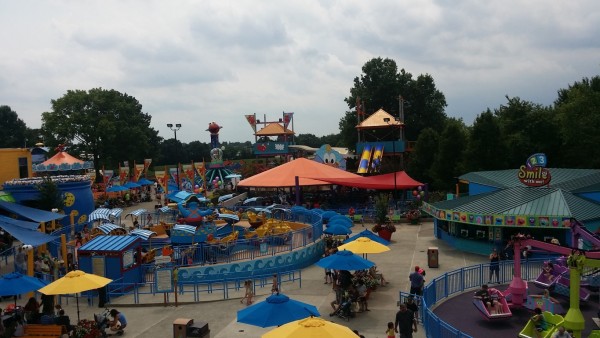 Kids can change a whole lot during a few months. I’ve known kids that were hugging Elmo in December but scared of him in May.

So I’d like it to be open year round.

We’d like to thank Guy for sharing his insight with us. Be sure to order a copy of his book. To learn more about the park, visit the Sesame Place website.

Have you visited Sesame Place? Share your thoughts about the park in the comments section below.