I visited Kings Dominion for the first time last week, so I had a lot of coaster-riding to do in my 10 hours at the park. Fortunately, I was able to ride all of the park’s coasters except the very small Great Pumpkin Coaster (I do have a limit when it comes to coaster-credit desperation).

With my Fast Lane in hand, I was determined to hit all of the park’s coasters with time remaining to re-ride my favorites. Unfortunately, Volcano and Intimidator 305 were both down when the park opened. But the friendly Fast Lane attendant assured me that both would open shortly (and they did).

Since Intimidator and Volcano, also know as the “you have to ride these two first” coasters, were closed, I decided to start with Dominator and work my way around the park. I rode 14 new coasters in less than seven hours — a record in my own coaster-conquering book.

To organize my thoughts on this influx of new coaster experiences, I’ve ranked each of the park’s coasters from my least to most favorite. Kings Dominion has a stellar coaster lineup, so even the bottom half of their coasters ranked feature some excellent rides.

Let’s get started with the worst:

When I rode Shockwave, I had a feeling the coaster’s days may be numbered. A similar coaster at Kings Dominion sister-park Canada’s Wonderland closed last year.

Sure enough, only days after riding, Kings Dominion announced that Shockwave would close in August.

I can see why they’re closing the ride. The ride is rough, even though the novelty of a standup coaster is becoming harder to find with stand-up coasters being removed or converted into floorless coasters.

I’m glad I rode Shockwave. It was certainly a unique experience. But if I was a regular Kings Dominion visitor, Shockwave would be at the bottom of my must-ride list. 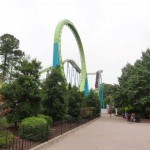 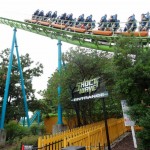 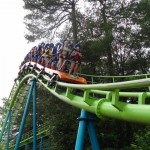 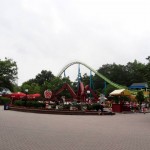 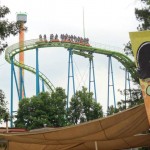 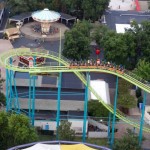 Even a very vague former connection to Wayne’s World couldn’t save this coaster for me. The trim brake at the bottom of the first drop should have been the first clue. While the park has made an honest effort to maintain the coaster, unfortunately it did not seem to improve the ride experience significantly — or it was even more terrible to begin with.

Fortunately, the park has three other (and better) wooden coasters. 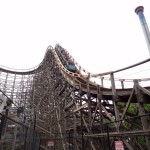 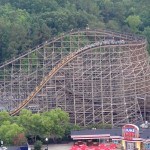 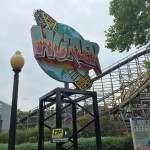 For the most part, Ricochet was an average wild mouse coaster, although the 50-foot first drop was a nice addition.

The hairpin turns were a bit jarring, but I suppose they’re supposed to be.

I rode this once and was on my way. Since Ricochet did not have a “Fast Lane” line, it was the longest wait of the day (at a very tolerable 10 minutes). 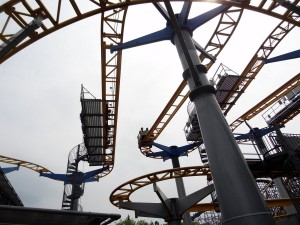 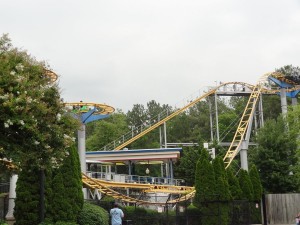 I wasn’t sure what to expect with Woodstock Express. It was certainly one of the smallest wooden coasters I’ve ridden. But I have to say, considering its age, the coaster rode very well. I was surprised by its relatively smooth ride. And if my legs and knees weren’t so cramped in the understandably smaller trains, I might have ridden this one again. 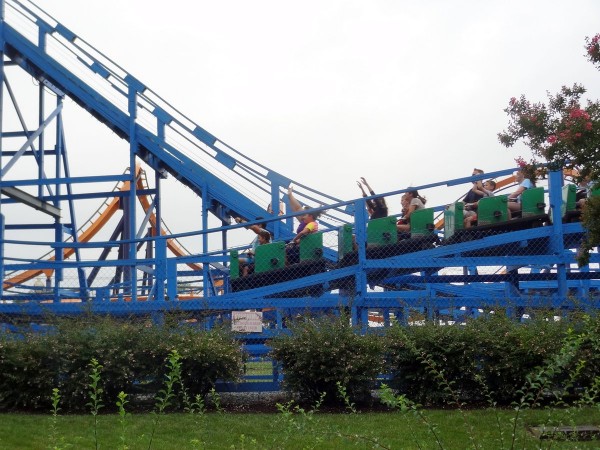 I’m a sucker for classic Arrow looping coasters, and Anaconda has always been one that has intrigued me. The dive into an underwater tunnel and the bizarre figure-eight-style tilted loop were highlights of the ride.

Of course, being an Arrow coaster, some jostling with the over-the-shoulder restraints accompanied the ride. But I respect parks who making an effort to keep these classics operating, long after Arrow Dynamics faded into the coaster manufacturer abyss. 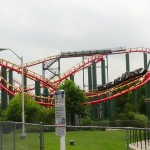 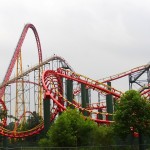 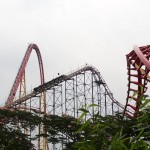 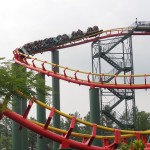 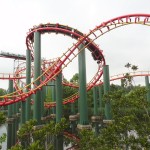 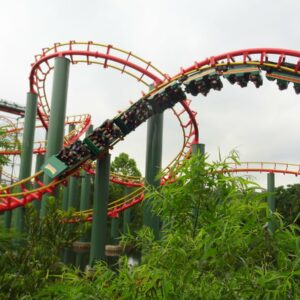 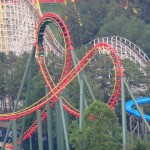 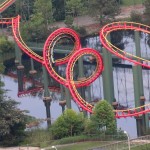 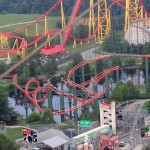 I didn’t get many photos of Grizzly, which means the coaster is tucked away in the woods surrounding Kings Dominion. Finding the secluded beast (wrong park) was an adventure enough. Hint: you’ll enter through the “Dinosaurs Alive” emporium. There are signs pointing you in the right direction.

The coaster was fun though a bit rougher than I had anticipated. But where the coaster gave an uncomfortable ride, it made up for it in the immersive woodland setting. 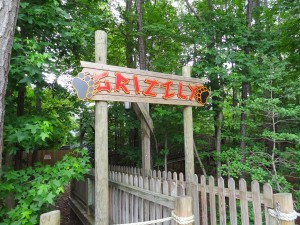 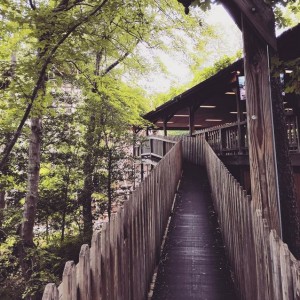 I rode both sides of Rebel Yell. First the south track immediately followed by the north.

I claimed a front-row seat for my ride on the south track, and the ride was outstanding. It was relatively smooth for a coaster its age.

For my subsequent ride on the north track, I decided to take the very back row . I was shocked by the 180-degree change in ride experience. It was painful.

I’m not sure if the difference between the two tracks can be attributed to my choice in seat or if one side has received more re-tracking work than the other. If anyone familiar with the park wants to offer insight in the comments section below, go for it! 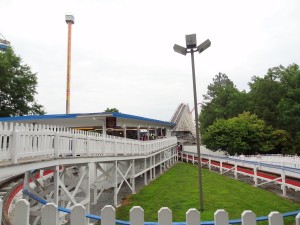 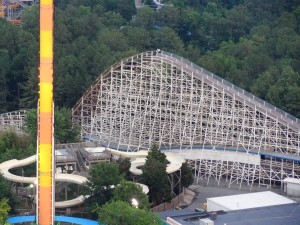