A job posting may have revealed where we can expect to see Rocky Mountain Construction (RMC) projects in 2016.

The posting names Rocky Mountain Construction as the company and Pigeon Forge, Tenn., (home of Dollywood) as the starting location. The company is looking to fill two full-time survey positions. 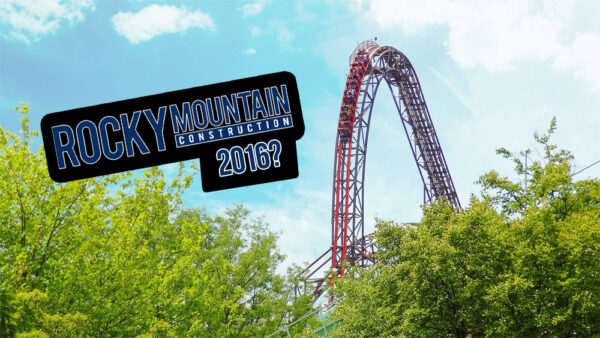 The description elaborates on the other locations: “This is a traveling position. Currently we have projects in TN, KY, and CA. Immediate placement would be in Pigeon Forge,TN.”

Dollywood (in Pigeon Forge) has been rumored to receive a RMC coaster in 2016. In Kentucky, some have speculated that Kentucky Kingdom’s Twisted Twins may receive the “RMC treatment.” And Screamscape named Roar at Discovery Kingdom as another possible contender for a Six Flags “RMC makeover.”

Those rumors certainly align with the states listed. 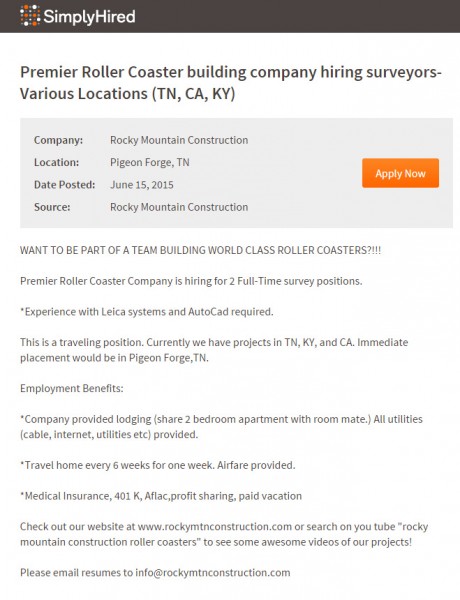 As of this writing, the listing was still available here.

Which parks do you think will see RMC projects in 2016? Discuss in the comments section below.