I’m a sucker for interesting tidbits, trivia and historical facts, especially when compiled in list form. Within minutes of opening “The Disneyland Book of Lists” by Chris Strodder, I was hooked.

Keep reading to find out how you can win a copy of The Disneyland Book of Lists!

The book delves into the over sixty years of Disneyland history. In total, the book features nearly 250 lists that cover trivia and history related to everything from the park’s famous attractions, shops, restaurants, parades, and live shows to the creative artists, designers, characters, and performers of one of the world’s first theme parks.

This isn’t author Chris Strodder’s first foray into Disneyland territory. He also authored The Disneyland Encyclopedia among other books. He first visited the theme park in 1966 and has been hooked ever since, collecting souvenirs and keepsakes from his trips to the park. 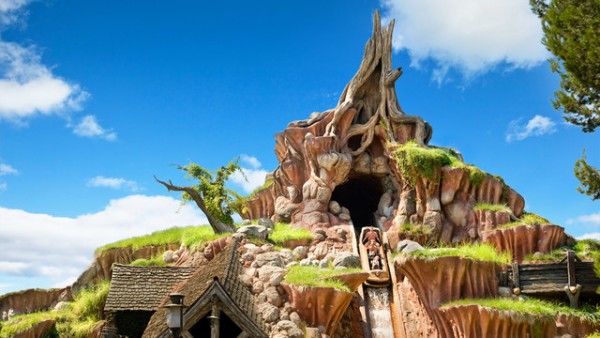 Some of my favorite lists in the book covered 12 sites Walt Disney considered for Disneyland before he selected Anaheim; eight attractions that were very different in the planning stage; 12 great updates to existing attractions — the list goes on (pun intended).

Below is just a sampling of more lists you’ll find inside the book:

I had the chance to ask Chris a few questions about the book and his passion for all things Disneyland:

C101: What sparked your interest in Disneyland? What inspired you to write a book about it?

Like many Disneyland fans, my interest was sparked with my first childhood visit. I was taken on my first trip to Disneyland when I was ten years old (the perfect age to get introduced to Disneyland, young enough to be totally astonished, but old enough to remember). It was 1966, and Pirates of the Caribbean was still under construction, but New Orleans Square had just opened. Disneyland dazzled me, overwhelmed me, and hooked me for life.

As my family made repeat visits over the next decade, and then as I made my own trips as an adult, I kept noticing that things I’d remembered had quietly disappeared, and new things had popped up, sometimes with no notice. Sure, there were the huge well-advertised changes that everybody knew about, such as the arrival of the Haunted Mansion. But I was noticing smaller, subtler shifts, so over the decades I scribbled notes on my park maps to try to keep track informally of how the park was evolving.

By the 21st century I’d collected and studied all the books about Disneyland history, but I realized that no Disneyland book presented Disneyland history as an encyclopedia, where you could look up each attraction or store or restaurant individually in an A-Z format. In the other books, if you wanted to read about the evolution of some durable attraction like the Monorail, you usually had to skip all through the book to keep up with the changes, which were usually spread out chronologically by decade. I wanted to gather all the Monorail info under one heading; I also wanted to cover virtually everything that had ever been in the park, all the small, sometimes short-lived elements that the history books didn’t mention. Thus The Disneyland Encyclopedia, with over 500 entries and 350 photographs, was born in 2008 (and completely revised four years later).

Meanwhile, as I worked on that book, I was compiling lots of information that unfortunately didn’t have a place in the encyclopedia. To name just one example, I was keeping a long list of all the times Disneyland was mentioned, or used as a setting, in books, movies, TV shows, and songs. For awhile it seemed as if I couldn’t pick up a book without running into Disneyland. Here’s what I mean—I love the movie L.A. Confidential, and that inspired me to read the book, which turns out to be totally different, with a barely fictionalized Disneyland as a major setting and a thinly veiled Walt Disney-like character as the villain. This kind of information was fascinating to me, and from that kernel of discovery grew The Disneyland Book of Lists. In that book, the list with L.A. Confidential is called 16 Fictionalized Disneylands in Popular Culture.

C101: When dealing with something as complex and rich in history as Disneyland, where do you begin when writing a book of lists?

Once the 2012 Disneyland Encyclopedia had come out and I had begun focusing on a Disneyland list book, dozens of obvious lists presented themselves: a chronological list of dates when attractions were added to the park, names of the submarines, a list of all the parades, etc. There were so many that I could easily group them into a dozen main sections—Geography, Business, Guests, Media, and so on. Early on I also decided to rank things in the park: best thrill ride, best restroom, best drinking fountain, and more, so I created those lists and kept rechecking everything until I had the rankings in the proper order.

However, the more I researched the lists I was already working on, the more I uncovered new lists I’d never thought of—for instance, not until late in the process did it occur to me that there are lots of owls in the park (as statues, on signs, and as decorations), so owls became a list (ironic, when you consider that the main character icon of the park is a mouse, who would treat an owl as a natural predator). The list of Disneyland jokes is another one of those that I didn’t think of right away, but as I began looking and listening for them the jokes seemed to be coming from all directions. Other lists kept expanding over the months: treehouses, I knew there were famous treehouses owned by the Robinsons and then by Tarzan, but I was surprised that in my many research visits I was eventually able to count ten treehouses in the park, and that became a list. So basically I started the book with some expected lists, I kept those I thought were most interesting or significant, and then I added in new and unexpected lists that emerged over hundreds of visits to the park.

C101: Which former Disneyland attraction(s) would you bring back if you had the power to do so? (and yes, Chris has a list of them in the book!)

One of the things I did was to invite a dozen experts to give me their answers to five questions about the park. I was thrilled to get everyone from one of the original mermaids to Donny Osmond, from recognized Disneyland historians to the artist Shag. Eventually a total of 12 knowledgeable Disneyland experts contributed lists that give advice to guests, analyze the park’s appeal, and identify some favorites. All these lists are in the book, and all of them include favorite extinct Disneyland attractions.

After all those lists comes my own list of things I wish I could bring back. My list was actually compiled in 1995, back when I first made a list of attractions I missed. At that point Disneyland had recently removed two transportation treasures—the Skyway and the PeopleMover (which are both on my list)—and I wanted to note their loss. So I made that list then, and I included it now because there’s nothing that’s been removed in the last two decades that I’ll miss as much as those great things from my youth. I still can’t believe the PeopleMover is gone but the tracks aren’t; though they still look graceful, the unused tracks only confuse newcomers and remind veteran visitors of Tomorrowland’s glory days. 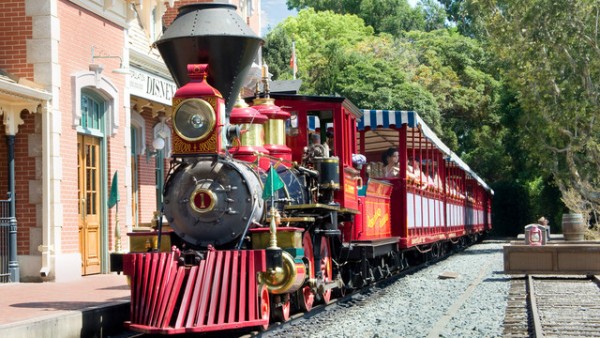 C101: Do you have an all-time favorite Disneyland attraction?

In the 1970s it was Adventure Thru Inner Space, which was a fantastic, innovative ride with the newly invented Omnimover, plus it got extra points because it was such a great make-out ride. Today, as much as I love Pirates of the Caribbean, I think it’s the Monorail. It’s the only attraction left that gives you prolonged elevated views of the interior of the park.

C101: What are your thoughts on Disney California Adventure? Is Disneyland’s sibling park ready for a book of lists?

That’s a great question, but I’d have to say no. I wrote The Disneyland Encyclopedia after Disneyland had already been going strong for fifty years, and I wrote The Disneyland Book of Lists in time for the park’s 60th anniversary. DCA has only been operating since 2001, so there simply isn’t enough history—enough remarkable history—yet. It will be interesting to see what we think of DCA in 2061, when it celebrates its own 60th anniversary. I’ll stop by after I visit the historic park next door, which by then will be turning 106.

If you’re turned off by paragraphs upon paragraphs of words and prefer bullet-point reading, this book is for you. It’s a joy to pick up when you have a few minutes to spareIt’s a great book to keep out in a common area. Even those non-Disneyland fans will enjoy learning about Walt Disney’s little California dream.

And who knows, you just may find yourself landing a Disneyland question during your next trivia night. Chances are, the answer is inside this book.

We’d like to thank Chris for taking the time to speak with us. You can purchase a copy of The Disneyland Book of Lists on Amazon.

For a chance to win a copy of the book, leave a comment of your favorite Disneyland attraction (even if you’ve never been to the park) by Wednesday, April 22, 2015, and we’ll randomly select a winner to receive a copy.

UPDATE: Congratulations to Luke Otten who is the winner of a copy of The Disneyland Book of Lists!