It’s the battle of the drop in Florida as two tower entertainment complexes in Orlando and Miami have announced record-breaking “drop ride” experiences. 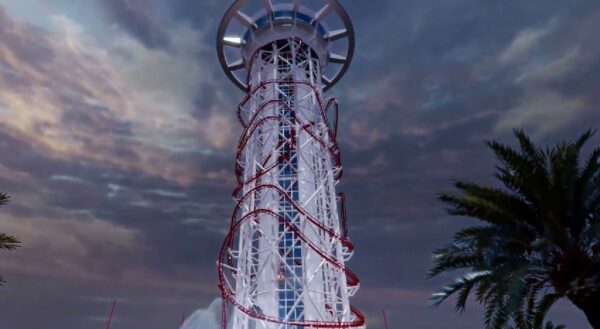 We already know that Orlando’s Skyscraper coaster, weaving around the 570-foot-tall Skyplex, is poised to become the world’s tallest roller coaster.

But this week, Skyplex developers revealed a new thrill offering: Skyfall, a drop tower that will plunge riders 450 feet.

The ride system would be similar to that of Intamin’s Zumanjaro: Drop of Doom at Six Flags Great Adventure: 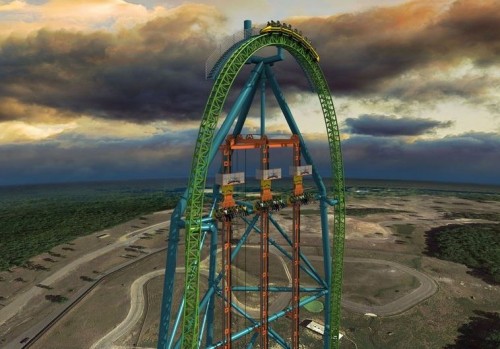 Local media are touting it to be the world’s tallest drop ride. But not so fast, Orlando. Down the road in Miami, Skyrise Miami is planning a 650-foot-tall drop:

If built, SkyRise Miami would become the tallest structure in Florida at 990 feet. 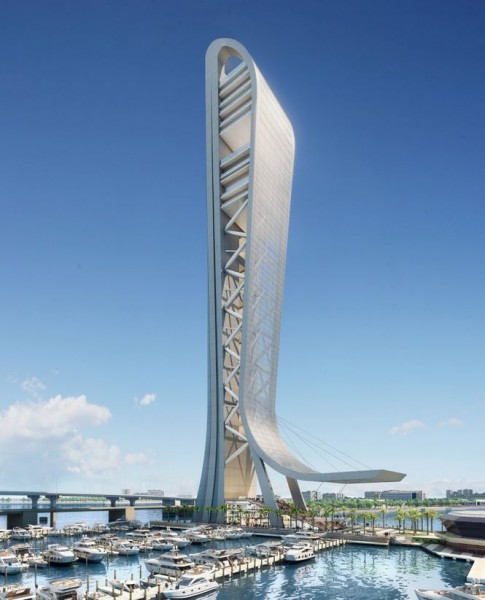 SkyRise Miami would include a variety of attractions including a massive drop ride: 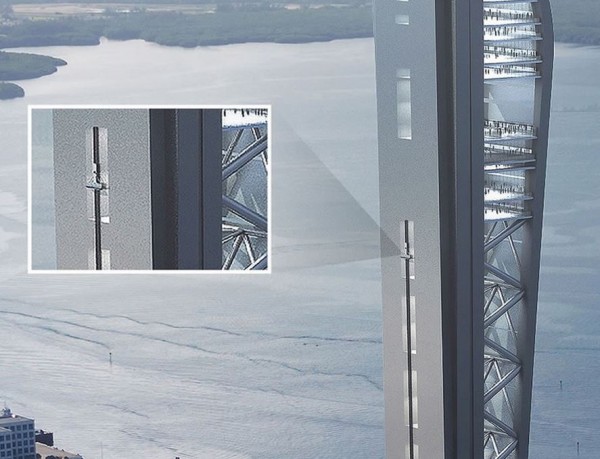 SkyRise Drop will be the longest drop of this kind in the world at approximately 650 feet and approach speeds of 95 MPH…An array of 12 seats carrying riders is lifted towards the top of the Tower along the Tower’s north face, and then released to free-fall down the Tower. Creative accent lighting will allow tens of thousands to track the up and down movement of SkyRise Drop as they view the Tower from their cars, homes or offices. Magnetic brakes are then activated to slow the riders as it approaches the bottom of the Tower.

Like Skyfall, this ride system would be similar to Zumanjaro: Drop of Doom’s.

What do you think about these planned “drops” in Florida? Share your thoughts in the comments section below.