One of our readers, Keith, was at Six Flags Magic Mountain over the weekend, and took a bunch of photos of the Rocky Mountain conversion of Colossus to Twisted Colossus. 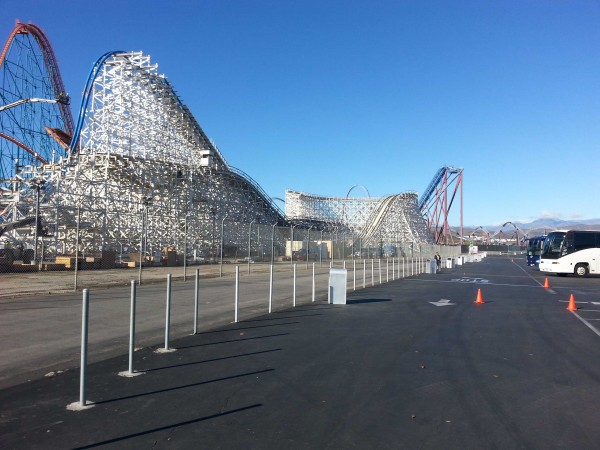 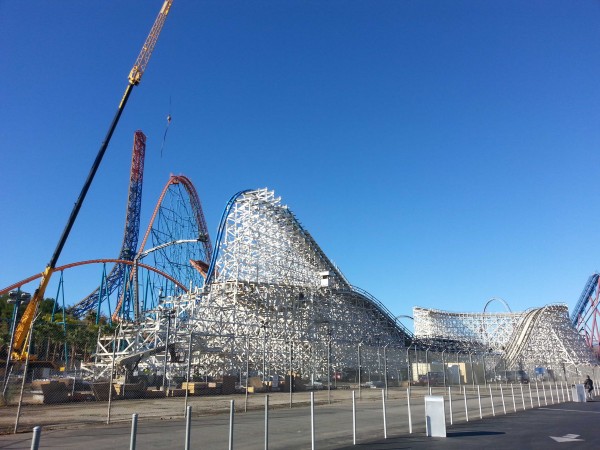 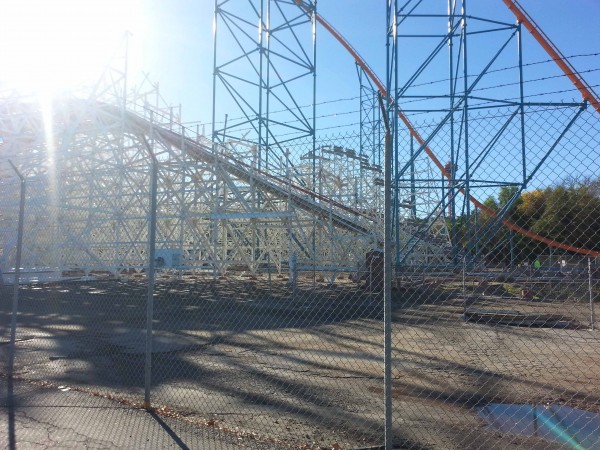 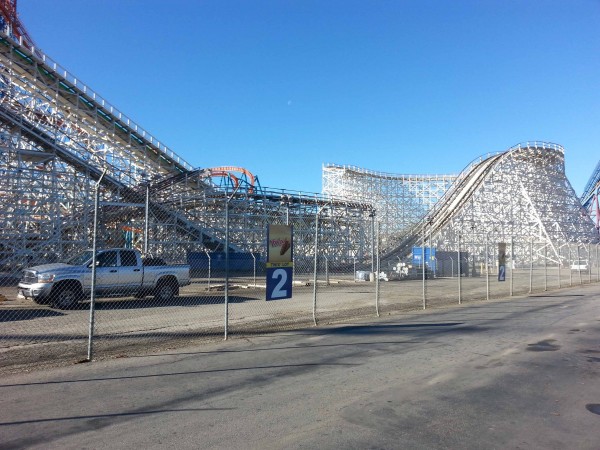 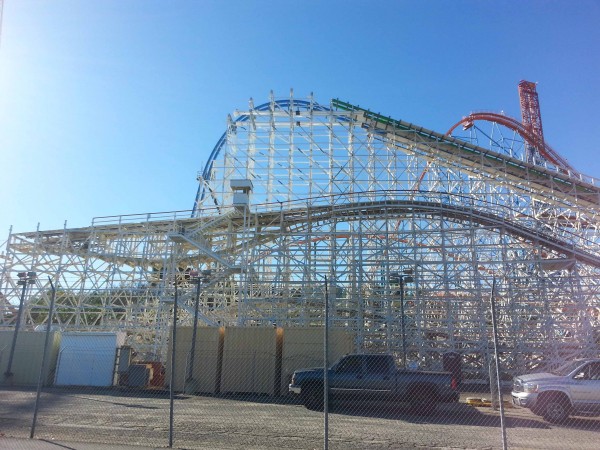 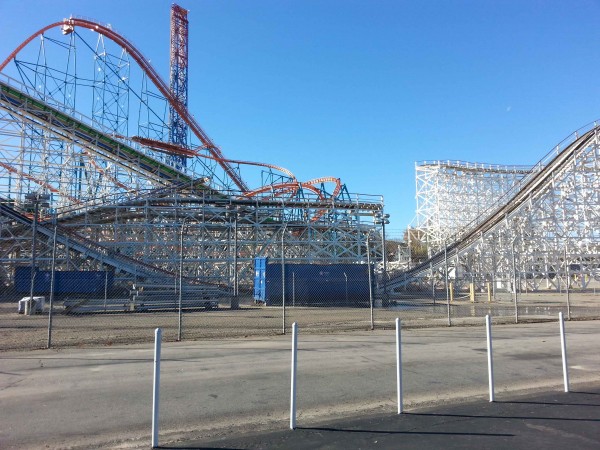 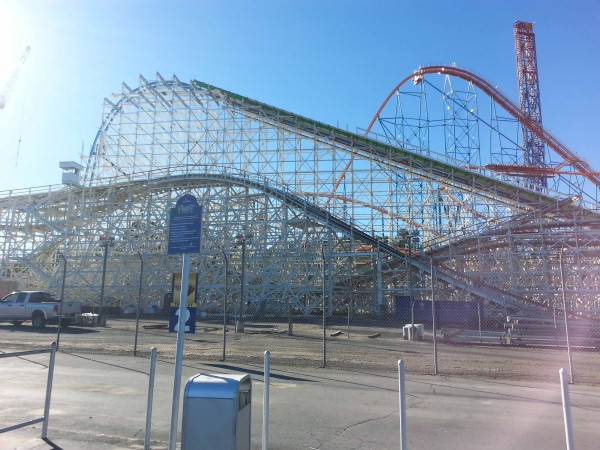 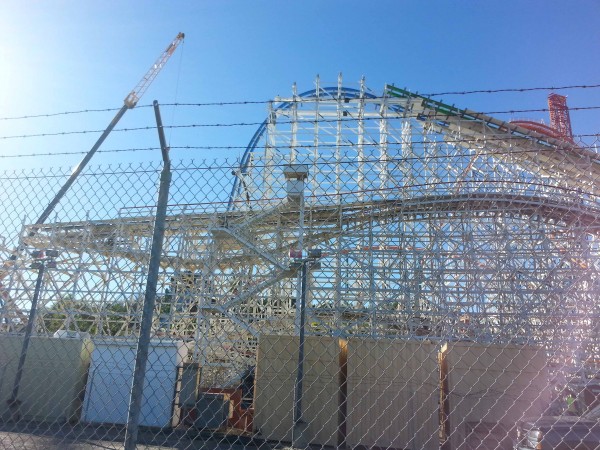 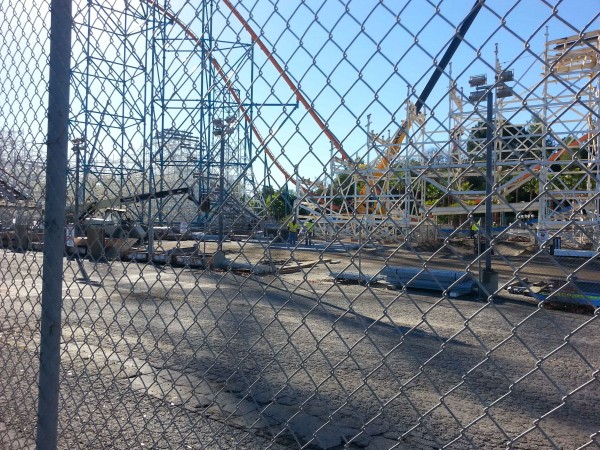 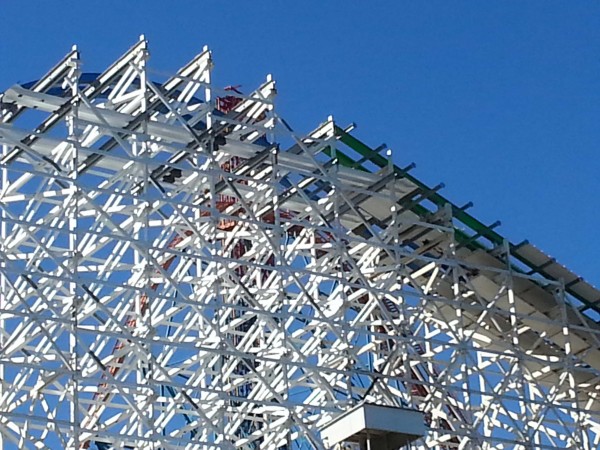 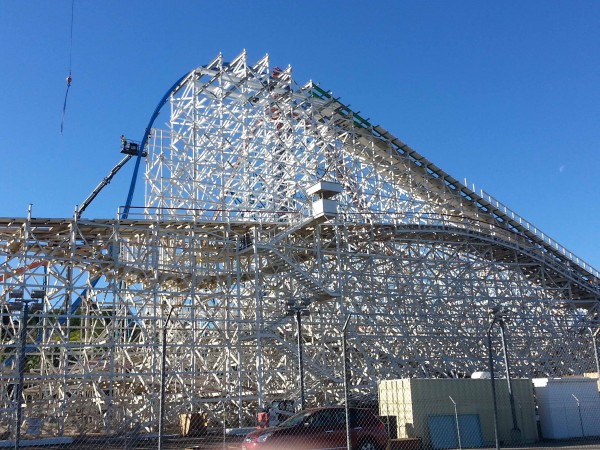 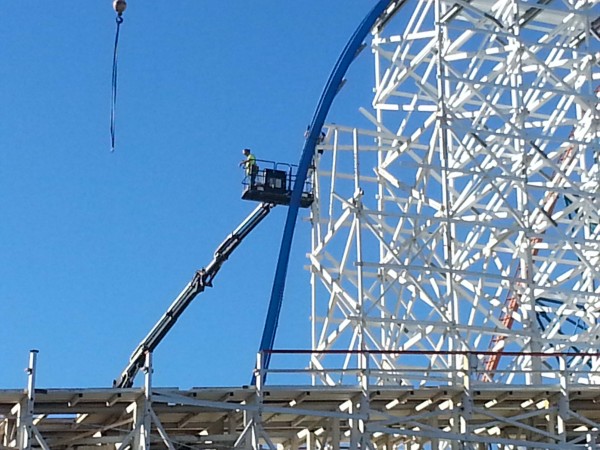 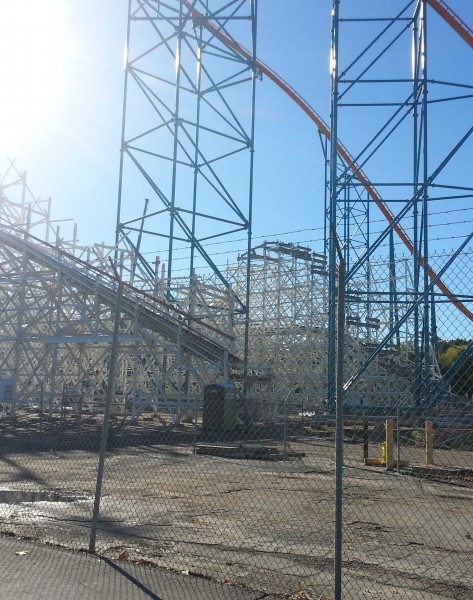 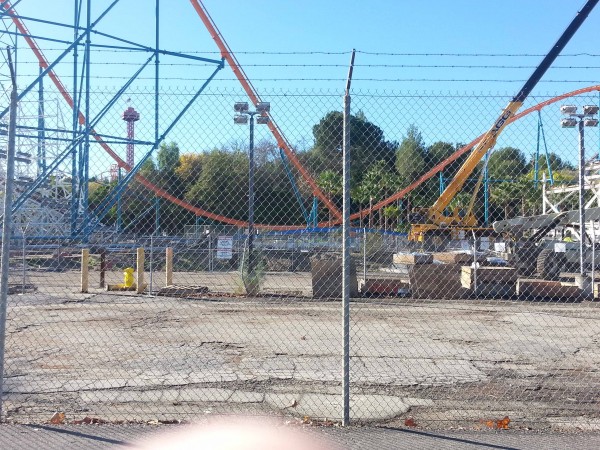 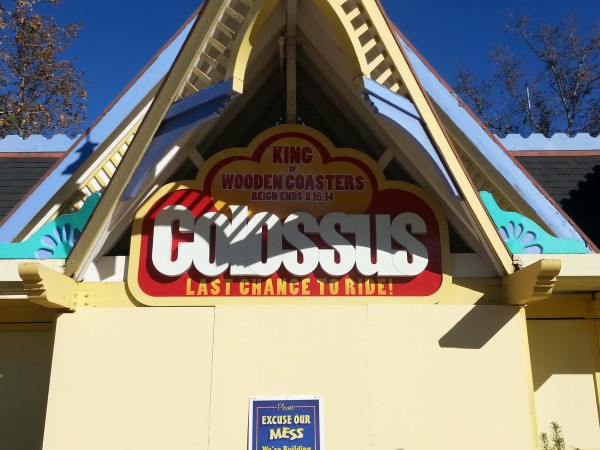 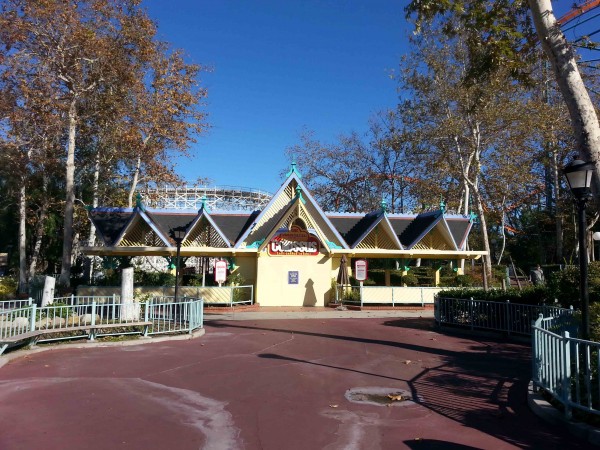 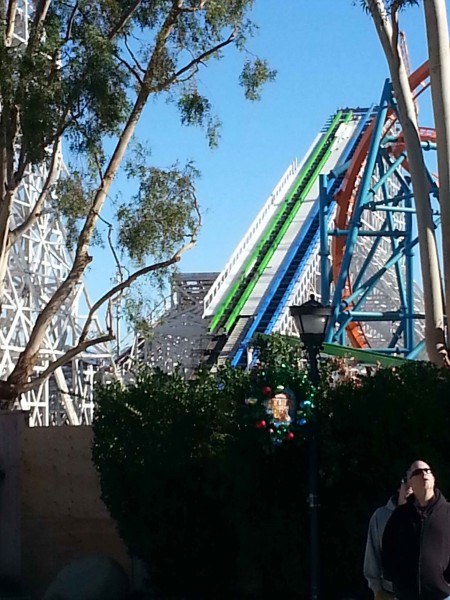 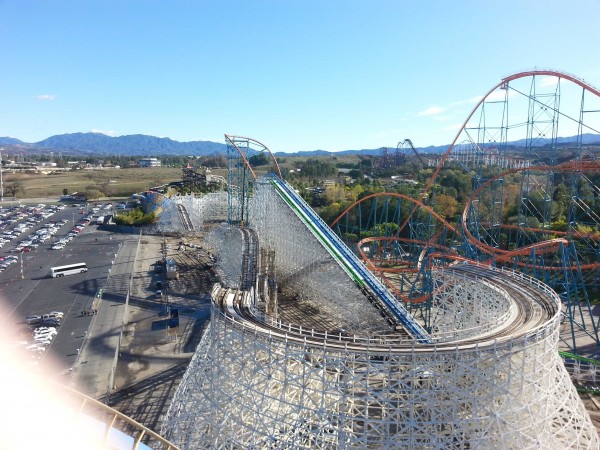 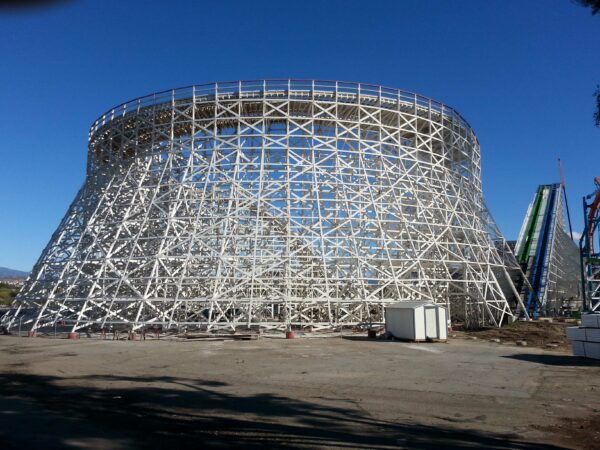 Some Comments From Keith:

-Clearly the issues associated with the fire that occurred earlier in September have been resolved and the focus has been on laying in track on the major lift hill. The blue track is pretty much in place on the lift hill, with the green track trailing behind on the drop and the lead in.

-The station is currently boarded up and looks pretty much like it did upon closing. You can see the initial work of the track going towards the station but it appears to me at this time it is going to undergo a major overhaul at some point and may look completely different by the time the ride transformation is complete. This is pure speculation, but if the ride is going to run as one complete circuit and no longer as a dual loading station, it will be assumed the station will be completely different sometime soon.

-Much of the focus from the work I noticed throughout the day was paid to the first drop, as noted by the construction workers that I saw at the beginning of the day.

-Also important, the ride has not been taken off the most recent park map. In fact, it appears the park map has not been updated since the closing of the ride, especially since they had been advertising Holiday World promotions on the radio and on the website but no mention of it on the map itself. It still shows up on the map as Colossus with the original footprint still in place.

-Really starting to see the pieces come into place with the lift hill, first drop, and track directly after the first drop. There has been no progress other than track removal to report otherwise from what I saw on Saturday. It’s nice to be able to tell since the track is very bright blue and bright green.

-That’s the basic jist of it. Most of the best views I could get were from the parking lot. There was a lot of obstruction from the Goliath queue, as there is a lot of shrubbery and a tiki hut style walk way to and from the ride, making it hard to get good images without Goliath’s ride supports getting in the way. I also took pics from the ride entrance, which was surprisingly accessible, and there is also that shot over the fence that I took by Scream!. I wish I was able to get one from the top of Lex Luther (the drop tower attached to Superman the Escape), but there was too much visibility from the park staff and I was worried I’d get caught trying to remove my camera (or that I’d lose it).

We definitely want to thank Keith for sending in these photos. For more updates on Twisted Colossus Construction, stay tuned to Coaster101.