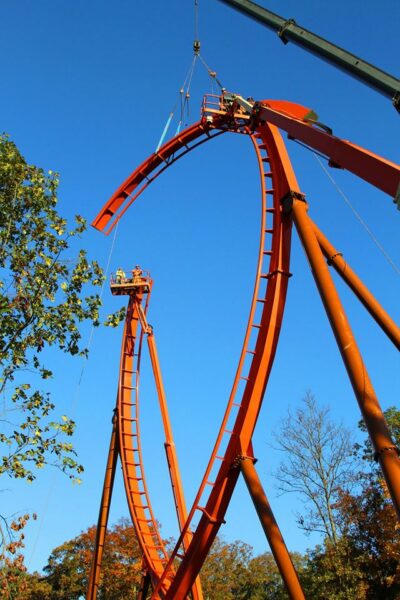 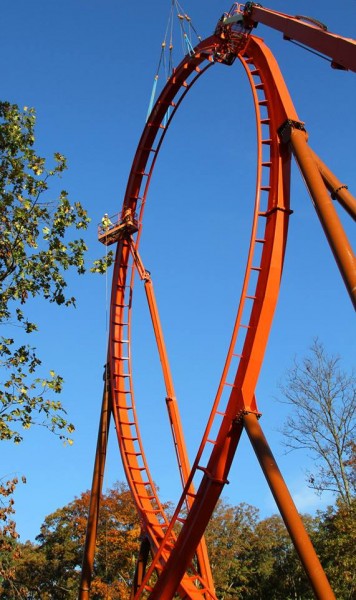 And there you have it. Thunderbird’s vertical loop in all its glory. 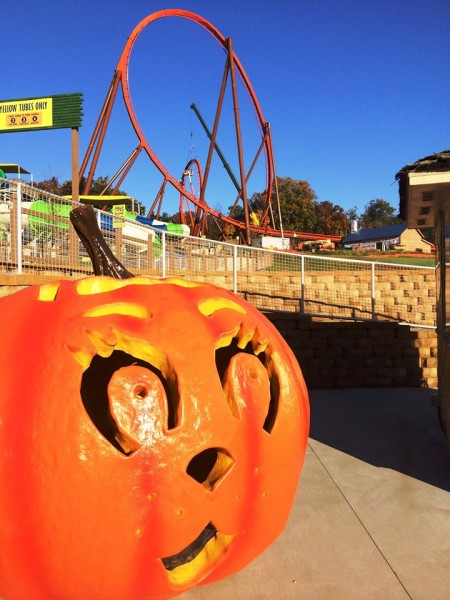 At this rate, the layout should be completed before the end of the year (if not the end of November).

Remember, you can follow along with Thunderbird’s construction via the live webcam. The coaster is expected to open in spring of 2015.