A familiar fairground attraction is getting a supersized theme park twist in 2015.

Six Flags America, Six Flags Over Georgia, Six Flags Discovery Kingdom and Six Flags Great Adventure will all unveil their own version of the Larson Giant Loop in 2015.

Made by Larson International in Fairview, TX, the Giant Loop is a 7 story high version of their Fire Ball attraction that can be described as a “larger, dominating compact roller coaster.”

The 22M Giant Loop is a unique circular freestanding structure with a high capacity – high speed train. Riders hop aboard and begin rocking back and forth, gaining momentum quickly until reaching the top. The train races around the track and then stops you upside down, reverses direction, and starts all over again. The Giant Loops are capable of doing 10 rotations in One Minute.

Each park will have it’s own, unique take on the standard attraction. 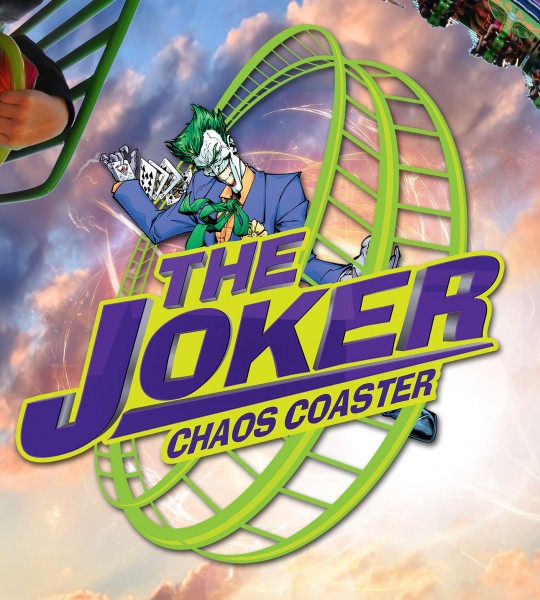 Six Flags Over Georgia outside of Atlanta will be bringing two new Batman villains to the park’s Gotham City in 2015. Their giant loop will be themed after Joker, and will be named The Joker Chaos Coaster. In addition to the Giant Loop, Six Flags Over Georgia will also be building Harley Quinn’s Spinsanity, a spinning flat ride that families can enjoy.

From the park’s website: It’s epic. It’s chaotic. It’s devious. And, it’s waiting for you and 23 other riders! It’s the all-new THE JOKER Chaos Coaster. Experience the insanity of facing off against one another and rocking back and forth through seven stories of looping mayhem. It may seem like the madness is slowing down, but you are about to be thrown for a loop, upside down, 72 feet in the air. And, it’s not over yet. Get ready to be sent in the opposite direction for even more looping havoc. 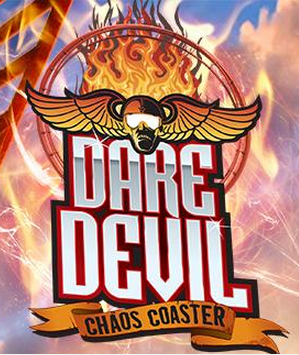 Vallejo, CA’s Six Flags Discovery Kingdom will be unveiling their own brand of chaos in 2015 with “Daredevil Chaos”

Coming in 2015! Six Flags Discovery Kingdom’s newest roller coaster attraction is a perfect balance of anticipation and suspense, unbridled thrills and unmatched wonder – where you’re constantly at the cusp of heading into an inversion and you wonder when will it ever happen? 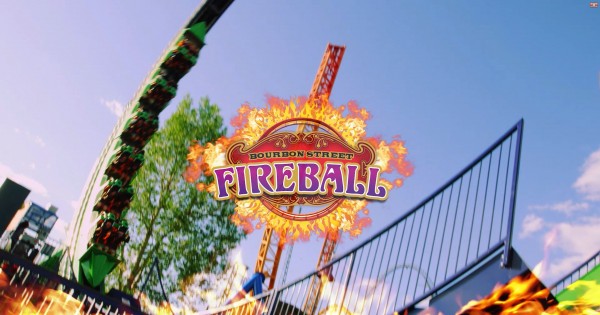 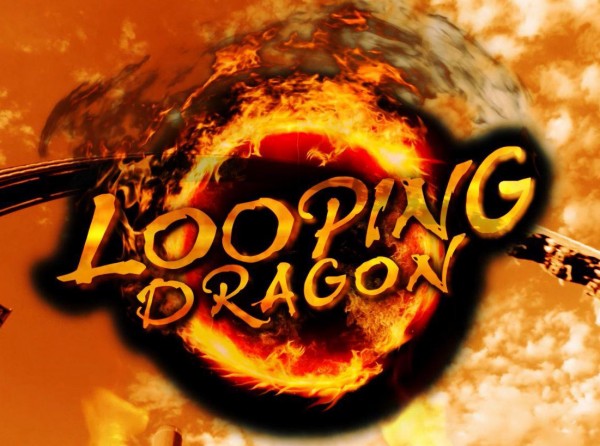 You’ll face off against other riders in specially designed seats which bolt up and back the looped track like a pendulum, higher and higher until you’re suspended completely upside down in mid-air! Then the Looping Dragon gains enough momentum to soar through a full 360 degree loop, again and again and again! The steel beast can even change directions, halfway through the loop!

This super-swift super-coaster stands tall next to Six Flags Great Adventure behemoths like Kingda Ka and Zumanjaro. But it will take super-sized courage to ride this Dragon!

For more information all other 2015 Six Flags Attractions,  Click Here and stay tuned to Coaster101.com for more coverage.