Welcome to the second installment of our Small Park Showcase article series, which highlights the lesser known “hidden treasure” amusement parks that coaster lovers may overlook.

Today, we’re covering Bay Beach Amusement Park in Green Bay, Wisconsin. The amusement park, located on the banks of Green Bay, is owned and operated by the City of Green Bay. Bay Beach manager Tina Westergaard was kind enough to take me on a tour through the park and the nearby Bay Beach Wildlife Sanctuary.

Although the park recently received national attention for its building of the Zippin Pippin, the park has been around in some form since 1892. In fact, it’s the fourth-oldest continuously operating amusement park in the nation (21st in the world). And it’s one of the few municipally owned amusement parks in the United States. 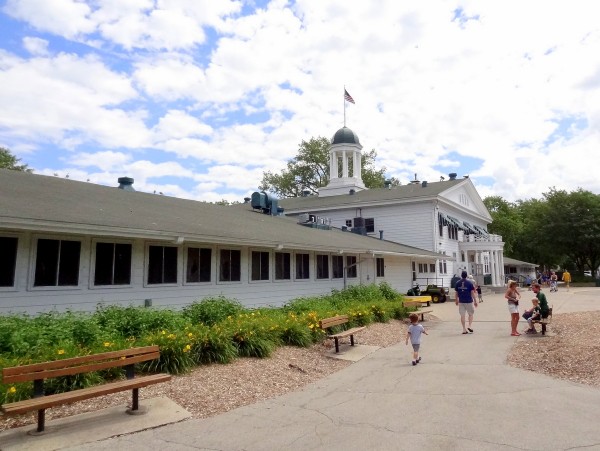 When you first arrive at the park, you’ll notice the park’s beautiful pavilion building. Inside is a restaurant serving reasonably priced amusement park fare. Other food stands and kiosks can be found throughout the park. You won’t go hungry, and you won’t break the bank. 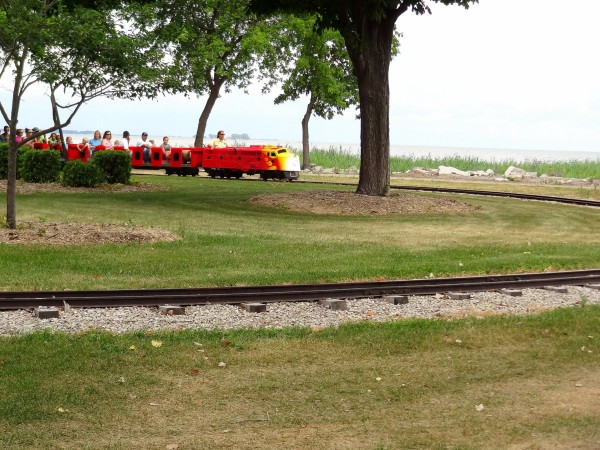 The miniature train route takes guests around the park and close to the bay. It’s a great way to start your day at the park while getting a scenic tour of the area. 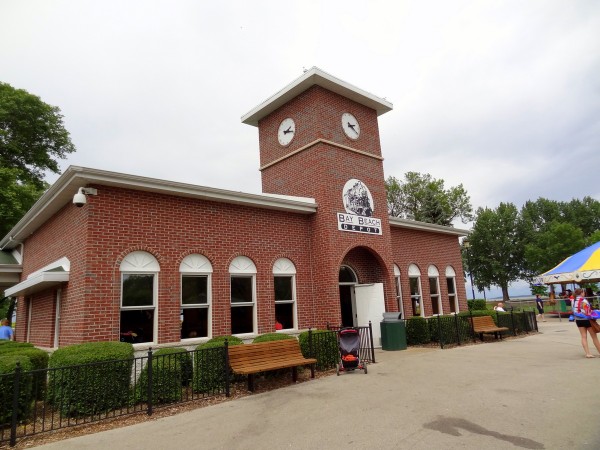 Guests board one of the park’s two miniature trains at the quaint Bay Beach Depot. 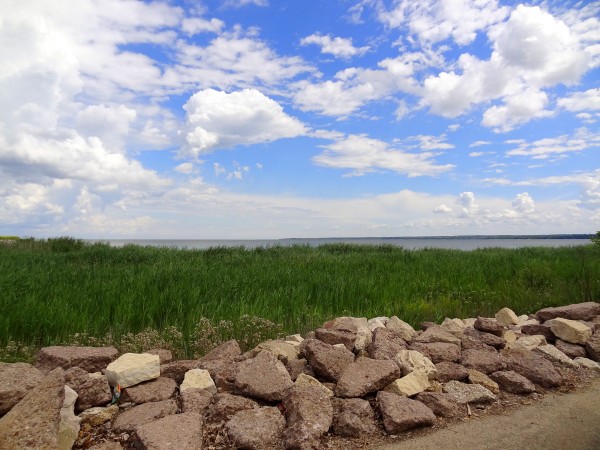 While riding the train, you’ll see views such as this. I can’t say it enough: Bay Beach is a beautiful park. 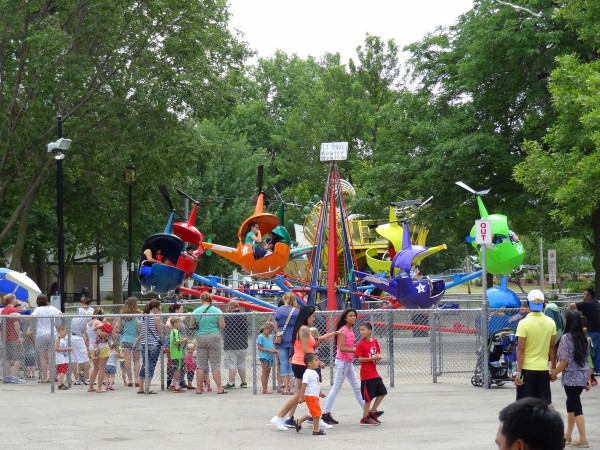 The amusement park is geared towards families. The younger crowd will get a kick out of the variety of kid-sized rides available. 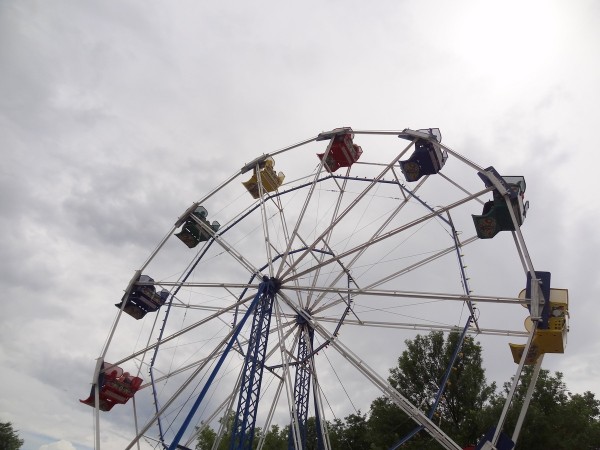 Bust most of the rides are great for the entire family. Introduced in 1955, the classic Ferris Wheel gives great views of the bay and surrounding area. 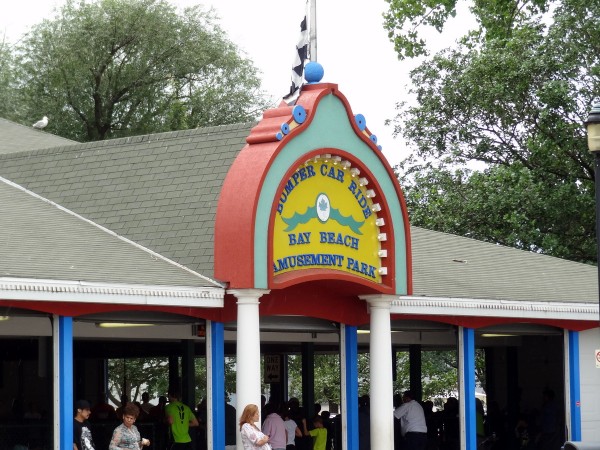 The bumper cars were moved from the main pavilion building into this freestanding building. 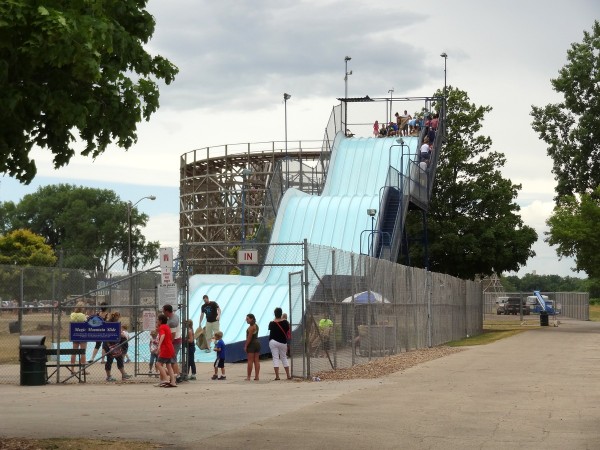 The appropriately named “Giant Slide” is unfortunately a ride not found at many amusement parks — it makes Bay Beach all the more unique. 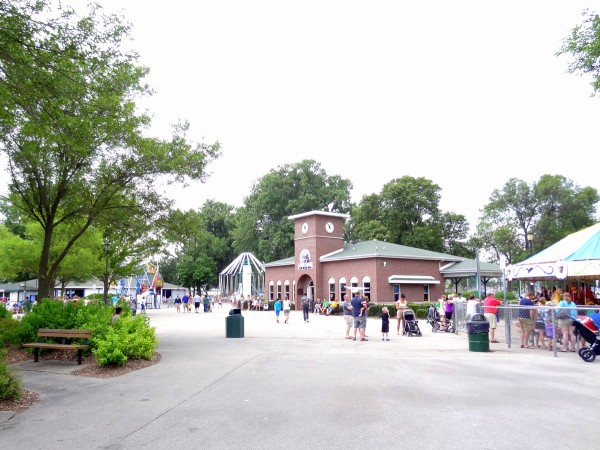 The park isn’t flashy. It doesn’t need to be. But it exudes that classic amusement park feeling that has sadly faded elsewhere as many parks close or cave to corporate owners. 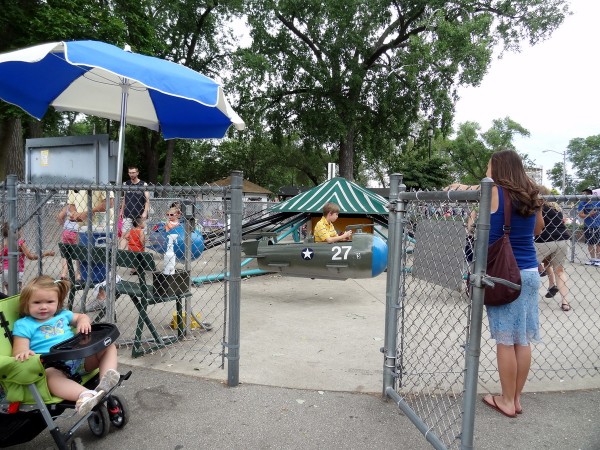 The park is home to a slew of retro kiddie rides, such as this airplane-inspired Sky Fighters. 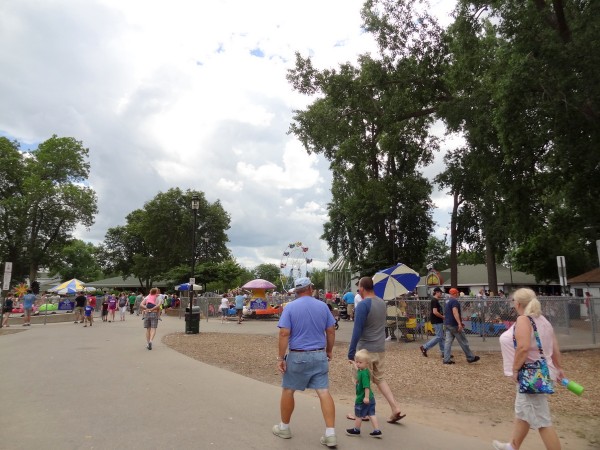 Fortunately, many of the kid-friendly rides are located in the same area, so mom and dad can let the kids go from ride to ride while keeping them in sight. 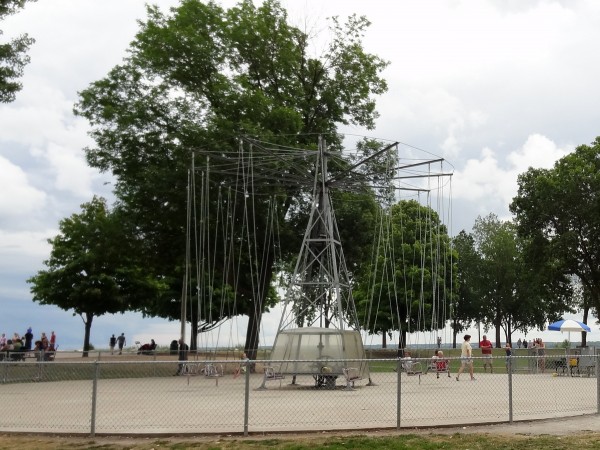 Reopened in 2009, this 1936 Smith and Smith Chairplane  is a kid-friendly version of the park’s Yo Yo. It’s been restored to its near-original condition, leading some park fans to dub it the “new old ride.”

The Zippin Pippin, a replica of the original Zippin Pippin a opened in 2011, but it wasn’t the park’s first venture into roller coaster territory. The park was home to two wooden roller coasters in the early twentieth century. The last coaster closed in 1936, leaving the park coaster-less for 75 years. 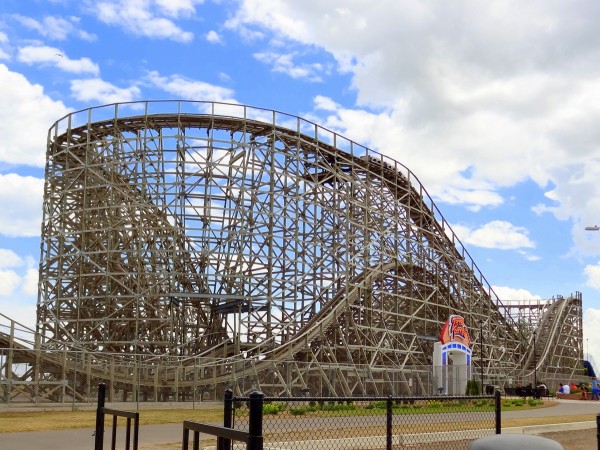 The coaster was built in an open area of the park, offering guests unobstructed views of its simple but classic wooden structure. 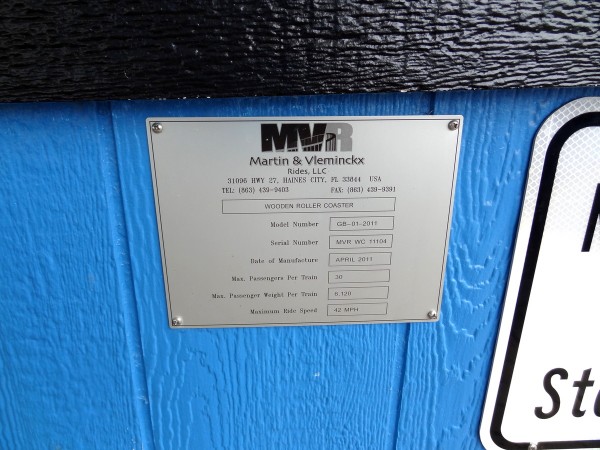 Construction company Martin & Vleminckx were responsible for the building of the new Zippin Pippin. 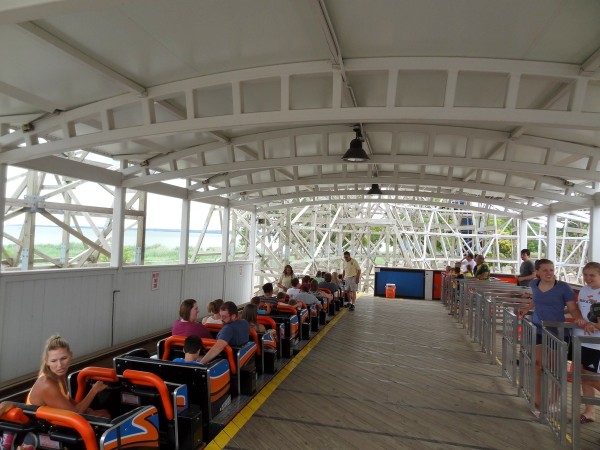 The station is simple yet spacious. Guests enter and board from the opposite side of the station from the Memphis version. 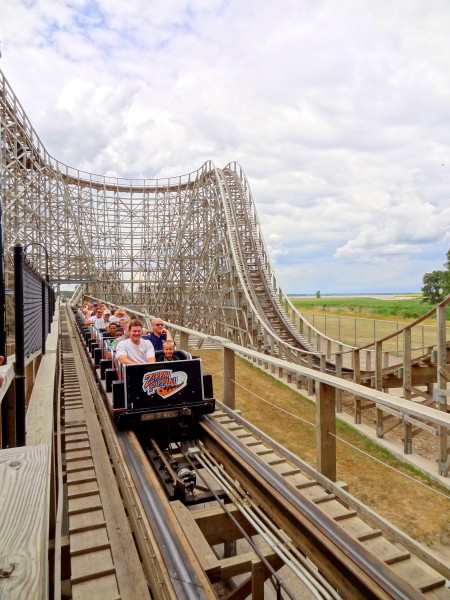 Riders are all smiles when they return to the station. 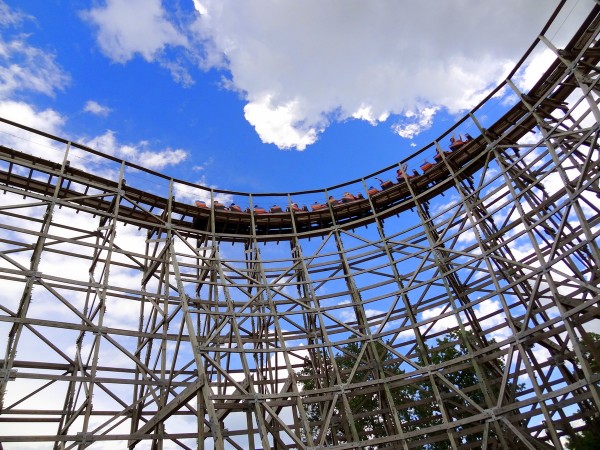 Unlike the Memphis version that I’m most familiar with, the queue line takes guests directly underneath the coaster’s second turnaround. 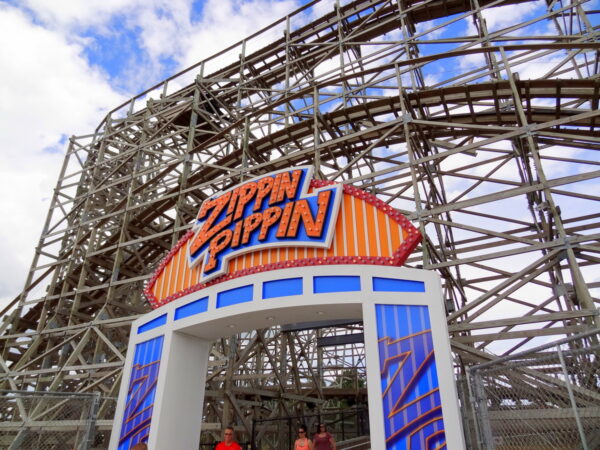 The coaster’s retro entrance fits with the history of the coaster. 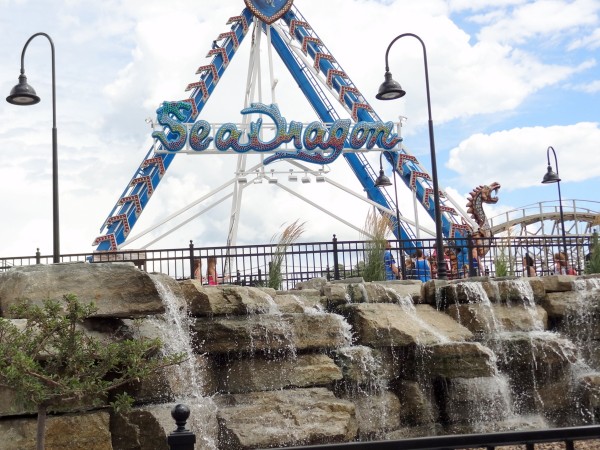 The park’s newest ride, Sea Dragon, was purchased from a traveling carnival on the East Coast. 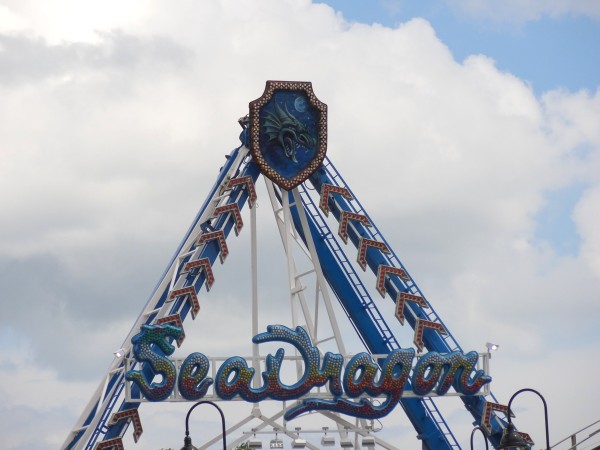 Bay Beach staff converted it into a “permanent” attraction, and a local artist added unique flares to the ride’s exterior, such as the painting of the dragon at the peak of the ride structure. 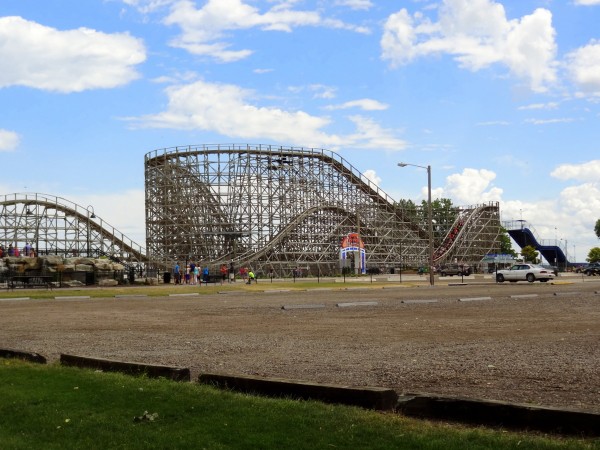 If you’re looking for a quick ride, be sure to park in the parking lot in front of the coaster. You can walk right up, buy your tickets ($1 to ride) and hop on. You can’t do that at Six Flags! 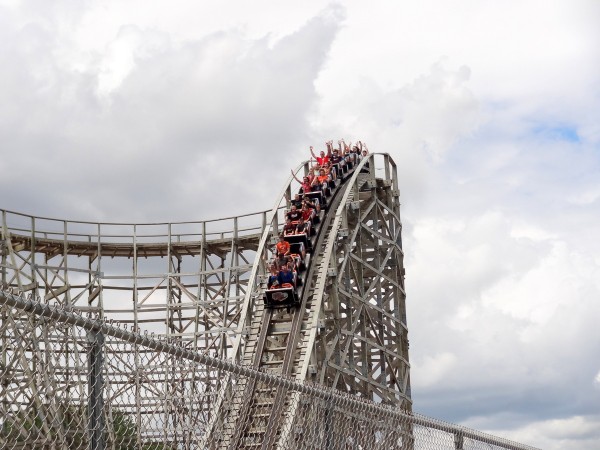 I will post a more in-depth review of the new versus old Zippin, but in summary, it is a terrific coaster. While it may not look than extraordinary, it packs an unforgettable punch and is full of scream-inducing pops of air. 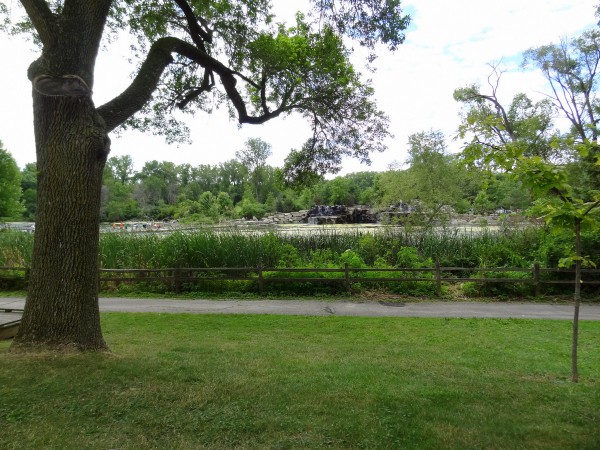 The nearby Bay Beach Wildlife Sanctuary is also free and just as if not more beautiful than the amusement park. I highly recommend making the short drive or walk over to visit. 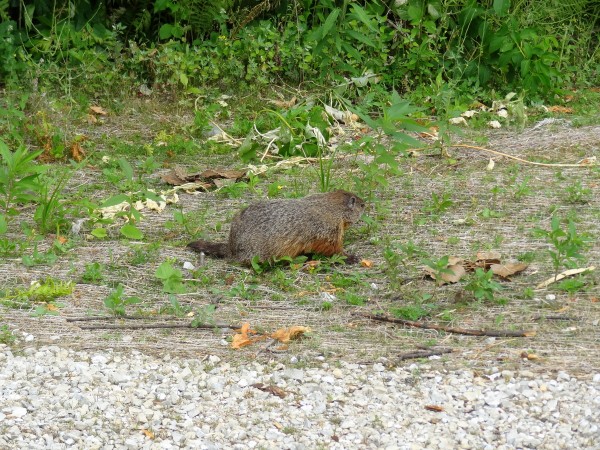 You’re almost guaranteed to run into a critter or two.

Bay Beach is a true gem for Green Bay and Wisconsin. If you’re in the area, I highly recommend stopping by the park. Unfortunately, parks like Bay Beach are becoming more and more rare.

It may not be the biggest amusement park you’ll ever visit, but you’re sure to remember your time at Bay Beach.

And luckily, the future seems bright for Bay Beach. From the Friends of Bay Beach website:

Under a recent re-structure, Bay Beach no longer receives city funding nor pays revenues back to the city. It’s truly the people’s park with funds donated by local businesses, local residents and park revenue. Friends of Bay Beach is a 501 (c)(3) organization that was formed to independently manage the fundraising for the Bay Beach master plan.  Our goal is to jumpstart Phase 1 of a magnificent revival of the park, focused on family entertainment value, iconic rides and a safe haven of wholesome memories for kids of all ages and backgrounds.

When asked about another coaster being added to the park’s lineup, Westergaard didn’t deny the possibility.

“Anything is possible,” she said before adding “but it has to be the right fit.”

Have you visited Bay Beach? Share your thoughts about the park in the comments section below.

Know of a park that’s you’d like to see featured in our Small Park Showcase series? Let us know!