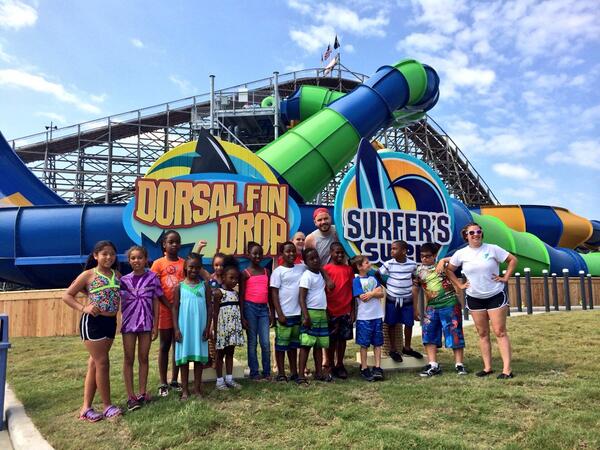 The “CaroSwim Team” from University City YMCA in Charlotte will be the first riders on Dorsal Fin Drop and Surfer’s Swell. Photo via @CarowindsPark

Back in October, we told you about Dorsal Fin Drop and Surfer’s Swell, two new water slides opening at Carowinds’ Boomerang Bay Water Park in 2014. Just in time for the first day of summer, Carowinds opened the slides today, June 20, 2014.

A group of special kids from the University City YMCA, a branch of the YMCA of Greater Charlotte will be the first to experience the new slides.  When Surfer’s Swell and Dorsal Fin Drop were announced in September 2013, they didn’t know how to swim, and never could have imagined themselves swooshing down the exciting twists and curves of Carowinds new slides.  Now after 9 months of weekly lessons sponsored by Carowinds, the kids will become the honorary first riders down Dorsal Fin Drop and Surfer’s Swell.

“We are so grateful to Carowinds for providing the opportunity for these 15 children to learn to swim,” says Matt Fitzwater, University City YMCA Executive Director. “This is not just a fun activity but a life-saving skill. This group represents the confidence and safety that comes with swim lessons.”

Dorsal Fin Drop offers 351 feet of slide and takes riders on the whirl of a lifetime as they gain speed in a curved-tunnel that blasts them into a bowl.  Like a shark circling its prey, guests spin and swirl before sliding into the corkscrew exit. 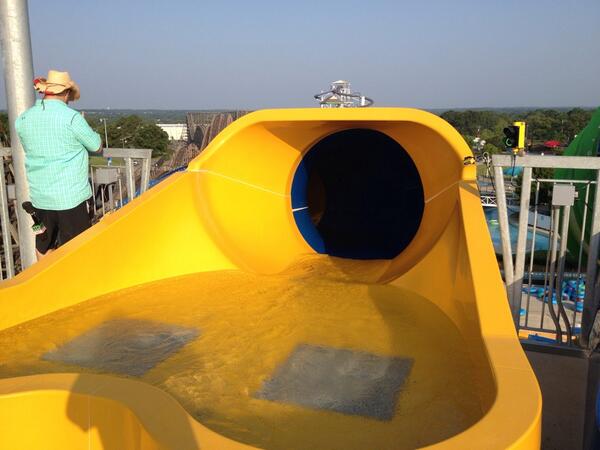 The Mouth of  Dorsal Fin Drop. Photo via @CarowindsPark

Surfer’s Swell will travel a total of 263 feet; riders will plunge downward through a tunnel then swoop up onto an angled wall that mimics the sensation of catching an ocean wave.  Guests then gracefully enter a final tunnel for a fun ‘splash landing’ into a pool at the bottom of this 45 foot tall experience. 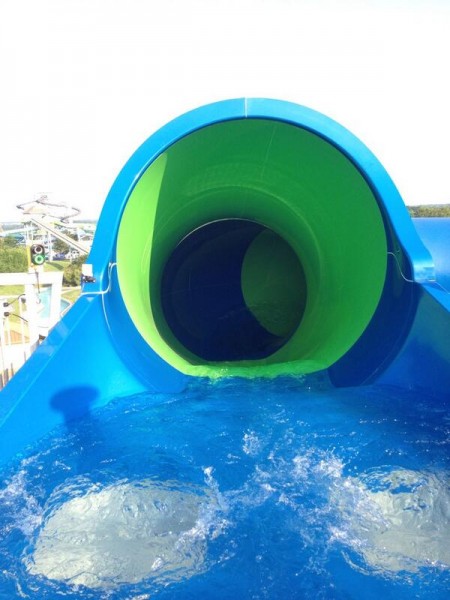 The Mouth of Surfer’s Swell. Photo via @CarowindsPark

The slides are part of the first phase of a multi-year, multi-million dollar, capital investment plan at the park initiated by Cedar Fair Entertainment Co., the parent company of Carowinds.

“Cedar Fair noted the growth in Charlotte and across the Carolinas, and saw an opportunity to grow our park as well”  Bart Kinzel, Carowinds VP and General Manager said, adding “there are a lot of plans in the works to better serve our guests across all areas from infrastructure to new rides, it’s an exciting time.”

The new slides will be the premier experience inside Boomerang Bay, the waterpark will now have 2 wave pools, 13 waterslides, and 2 kiddie splash pools with over 2 million gallons of water to help visitors have fun during the areas hot Carolina summers. 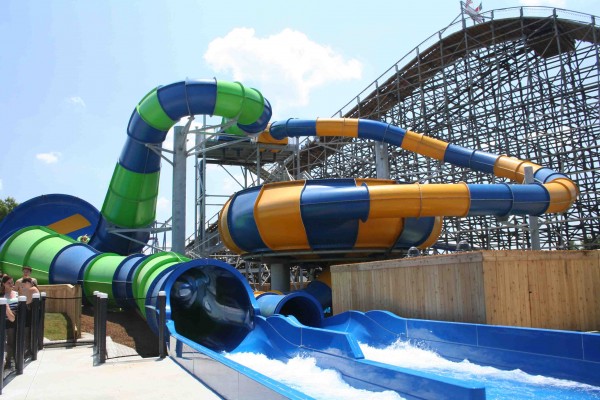 Riders will need to be 48” in bare feet in order to slide down, each rider will slide down on a single rider inner tube.