Six Flags Great America today released a first-person point-of-view video of Goliath. Crews have been testing the Rocky Mountain Construction wooden coaster sporadically over the past week, and luckily now we know what it looks like to be on one of those sleek Goliath trains.

In other news, a small fire erupted on the Goliath station’s roof earlier today. I haven’t heard any official word on the cause of the fire, but the park did release the following statement regarding the event:

Earlier today there was a small fire on the roof of the Goliath station. Park personnel quickly contained and extinguished the fire and Gurnee Fire department then responded to investigate. The roof sustained minimal damage and there were no injuries. This will not affect the opening or future operation of the ride.

Fortunately, no one was injured and it does not appear that this will cause any further delays. However, the minimal damage was visible from the midway: 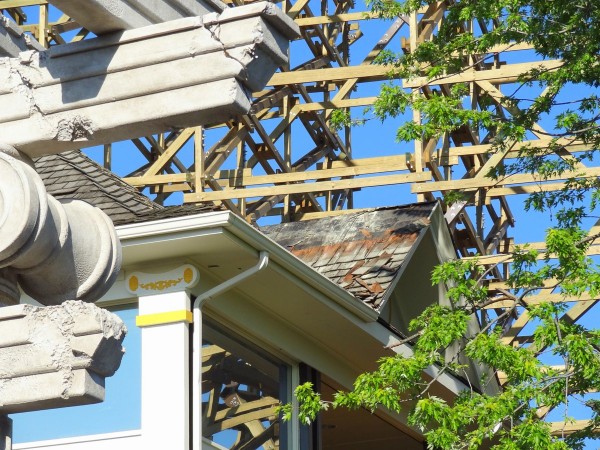 Hopefully the park will be able to repair the damage quickly. 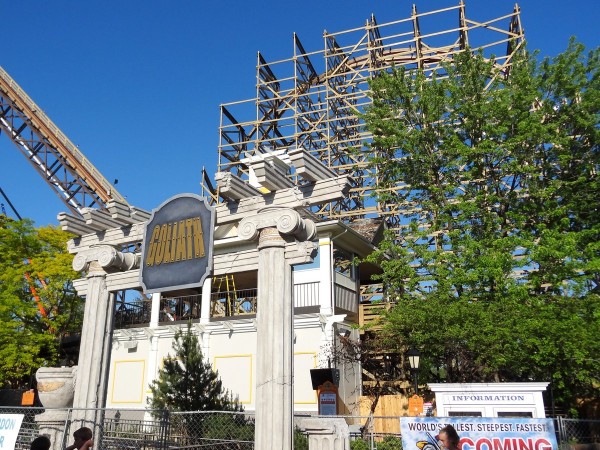 While at the park this afternoon and evening, I managed to catch a few glimpses of the coaster testing. Naturally, every time the coaster made a cycle, I was on the other side of the park. 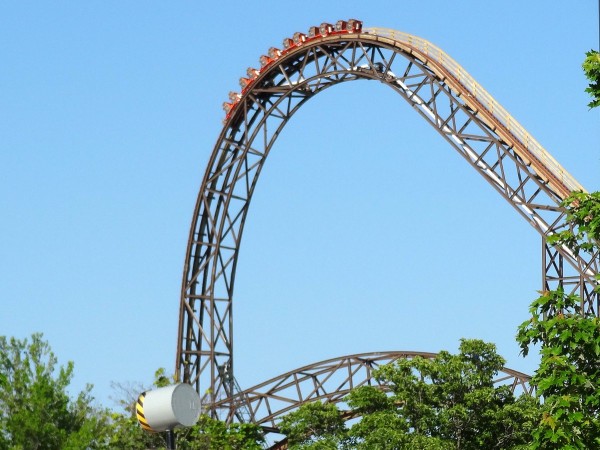 I can’t wait to see the view from the top of the lift hill first hand! 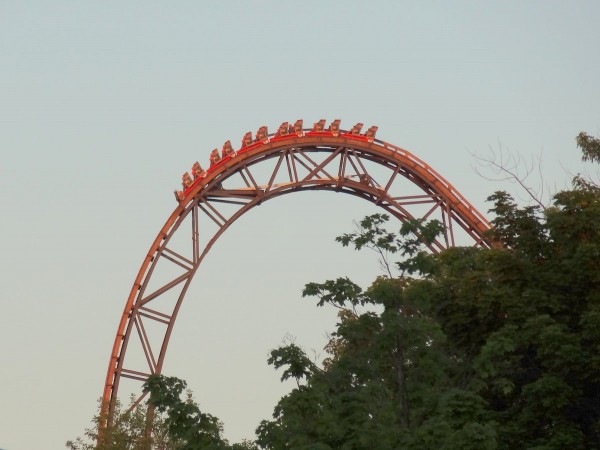 Goliath’s media day has now been tentatively scheduled for June 18, 2014. As the coaster is already testing, this seems like a more realistic date. Hopefully everything will go smoothly between now and then.

Be sure to check out our off-ride testing video from yesterday.

After watching the on-ride POV video, what do you think of Goliath? Share your thoughts in the comments section below.