All About Alpine Coasters

After having a blast on the Smoky Mountain Alpine Coaster in Pigeon Forge  I just had to know more about alpine coasters. Where better to go than straight to the experts? With over 200 installations world-wide, Wiegand is the leader in alpine coaster design. We recently had the opportunity to ask some questions to Executive Representative Larry Hays.

C101: Thanks for taking the time to answer our questions. For those who don’t know,  what does Wiegand do? Could you please give a brief summary of how the company got started and what it does today?

Larry: Wiegand is a German company, located in Rasdorf, which is close to the Czech border. Josef Wiegand, founder, spent his early career with a major ski lift company. In 1975, the company installed their first stainless steel Alpine Slide. Wiegand selected stainless instead of the customary fiberglass because of its strength and durability. The initial installation laid the foundation for many of the future products that Wiegand has developed. Today, Wiegand designs, engineers and manufactures products for the amusement industry. This includes specialty dry slides, water slides, transportation systems and ride systems designed specifically for mountain resort application. 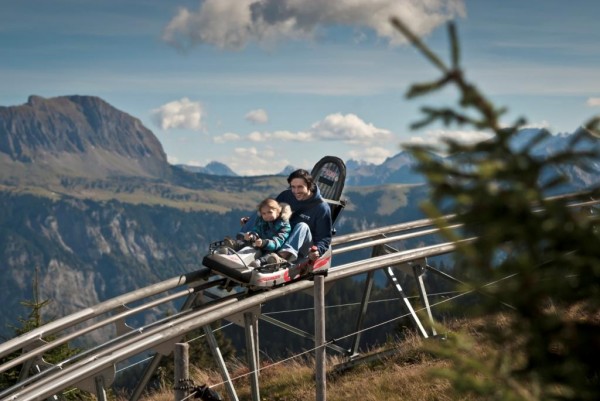 C101: What is the advantage of building an alpine coaster versus a traditional wood or steel roller coaster?

Larry:  In 1997, Wiegand developed the first Alpine Coaster. Josef Wiegand had the idea of creating a roller coaster-type product for ski areas, which would take advantage of the natural elevation of the terrain, versus having to build structure to create the elevation that traditional roller coasters require.

C101: A unique feature of Wiegan’s alpine coasters is being able to control your sled’s speed via two levers. How does that mechanism work and  why give the rider that control?

Larry: In addition, Wiegand also wanted the ride patron to have the ability to control the sled speed as it made its way down the mountain. However, the early sleds were equipped with centrifugal brakes, which limited the top speed of the sled to 25 mph. The sled also is equipped with a manual brake, which allows the patron to control the speed of the sled up to 25 mph. Each sled is equipped with a 3-point restraint system, along with a lap seat belt for the passenger (when two riders are on the sled at the same time). The Wiegand Alpine Coaster is a gravity ride (the same as a traditional roller coaster), but it can also operate in the winter time because of the design of the sleds, which utilize special bearings for cold weather operation. Wiegand has recently developed a new anti-collision system, which prevents the sleds from coming in contact with each other. The centrifugal brakes have been replaced with eddy current magnetics, which operate on the downhill track. Each sled is now equipped with magnetics that react to the track fin when the speed of the sled exceeds the maximum speed. 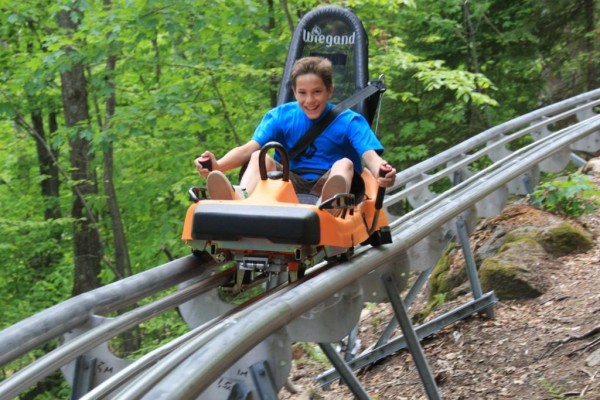 C101:  The alpine coasters I’ve ridden all begin with a lengthy cable lift.  How does  the cable lift system work and why use that versus a chain utilized on most roller coasters?

Larry: The Alpine Coaster also has its own uphill lifting system, which utilizes a cable and a clamp for hauling the sleds up the mountain. This technology is similar to the devices used on ski lifts, and is well suited for cold weather operation. Each sled has one-way bearings, which prevent the sled from rolling backwards while on the lift. It also has an anti-rollback device, which also provides redundancy and prevents the sled from rolling backwards.

C101: How do you keep two sleds from running into each other?

Larry: Wiegand’s new anti-collision system has a unique moving block system which allows each sled to know where it is located on the track in relationship to other sleds. 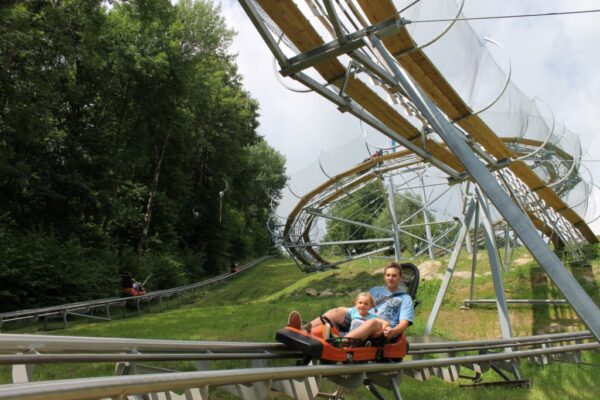 C101: Some alpine coasters I’ve seen operate during the winter when the ground is covered in snow. How are the coaster’s tracks cleared?

Larry: The resorts will usually do some hand shoveling to keep the tracks clear, but Wiegand has also developed a powered snow removal system that can move large quantities of snow off the track. 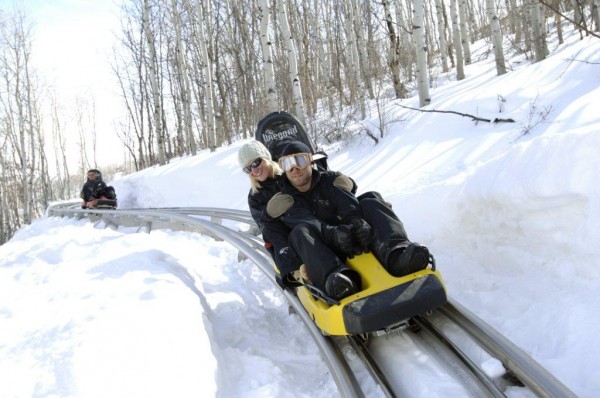 C101: Obviously the majority of alpine coaster models are dictated by terrain — how difficult is that aspect when designing a layout?

Larry:  The design of an Alpine Coaster course is dictated by the contours of the mountain. Wiegand can design a coaster with a minimum of 6% inclination up to 60% inclination. The best inclination is between 20% and 30%. The average overall is between 10% and 11%. Wiegand uses different elements of structure, such as large spiral circles, for reducing elevation. Wiegand can also elevate the ride with bridges, when necessary, for crossing skiways or roads.

Larry:  Wiegand has designed and built over 200 Alpine Coasters worldwide, and Wiegand is continuously looking for better ways to improve the ride experience and the overall safety of the attraction.

C101: What would you say is the most challenging or unique alpine coaster installation to date?

Larry: In the U.S., it would probably be the installation in Pigeon Forge, which was built on a very steep inclination.

Thanks again to Larry Hays for taking the time to answer our questions. Find out more information at wiegandslide.com or wiegandsportsusa.com.