Although the official opening date for The Wizarding World of Harry Potter – Diagon Alley at Universal Studios Florida is yet to be determined, Universal has released exciting new details about the new area’s flagship attraction: Harry Potter and the Escape from Gringotts — a technologically innovative roller coaster dark ride. 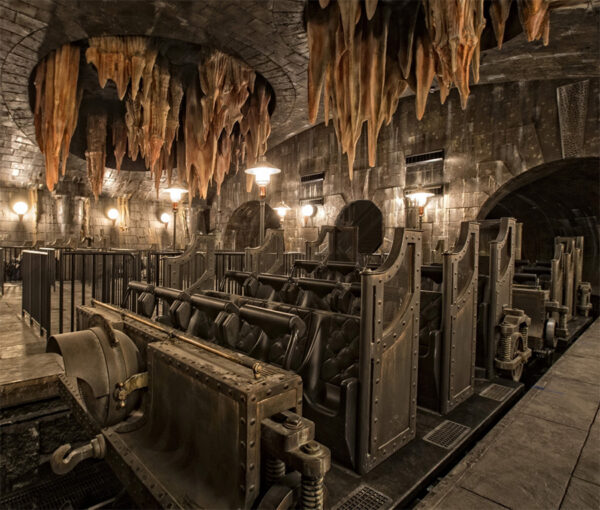 Universal deems it “the revolutionary attraction found in the heart of The Wizarding World of Harry Potter – Diagon Alley.” Each of the ride’s vehicles (like the one seen above) will seat 12 riders.

The Escape from Gringotts ride experience is described as:

Imagine being part of the iconic moment from the Harry Potter film series where Harry, Ron and Hermione break into one of the most guarded places in the wizarding world – Gringotts bank – to retrieve a magical object that will help defeat Lord Voldemort. You’ve seen the action on-screen, and now you get to be part of it.

Universal’s creative team worked hand-in-hand with Stuart Craig and his production team from the Harry Potter films to immerse guests in this pivotal scene from the final Harry Potter book and film. 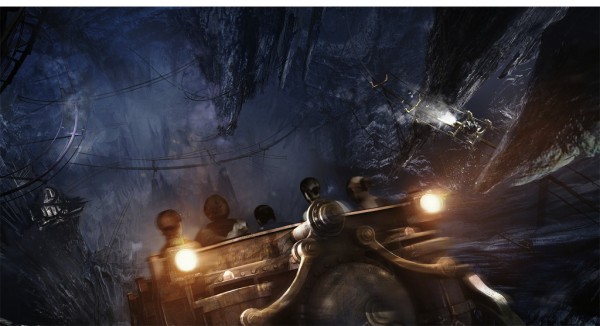 Watch the video below to learn more about Escape from Gringotts:

During the “action-packed, fully-immersive journey” on Harry Potter and the Escape from Gringotts, guests will: 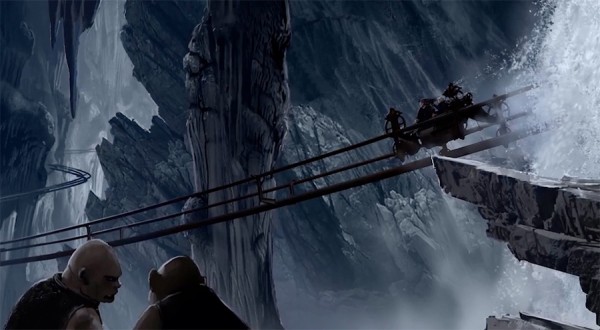 With Escape from Gringotts, Universal continues to push the technological envelope:

“Harry Potter and the Escape from Gringotts will change the way you think about theme park attractions,” said Mark Woodbury, president of Universal Creative. “We’ve created an entirely new type of ride that propels guests into the story like never before, and guests will remember it long after their visit to Diagon Alley.”