PortAventura announced today plans to build “Ferrari Land,” a “new theme park dedicated to the global brand of Ferrari” inside the PortAventura theme park in 2016. The area will include a launched steel roller coaster and resort hotel, among several other attractions. 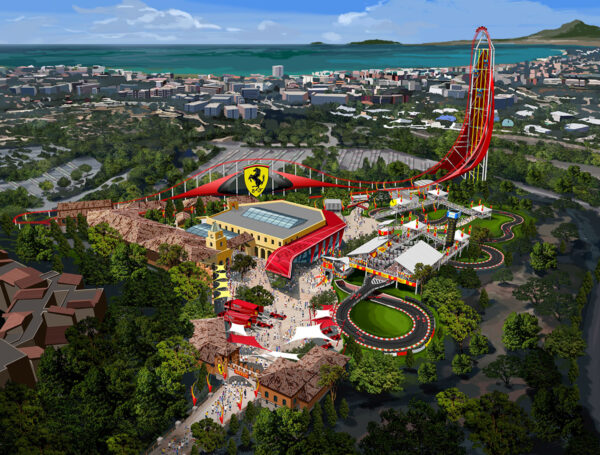 The Ferrari Land “theme park within a theme park” will be the first Ferrari-branded theme park attraction in Europe and represents a total investment of more than €100 million. 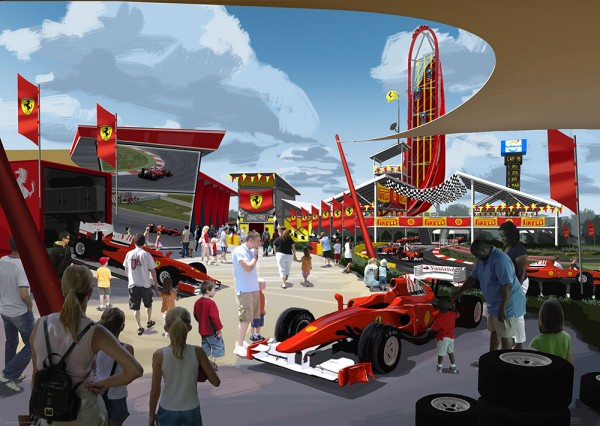 Ferrari Land will be built on a total surface area of roughly 19 acres and will several rides and attractions, including “the highest and fastest vertical accelerator in Europe.” That coaster can be seen in the rendering above. 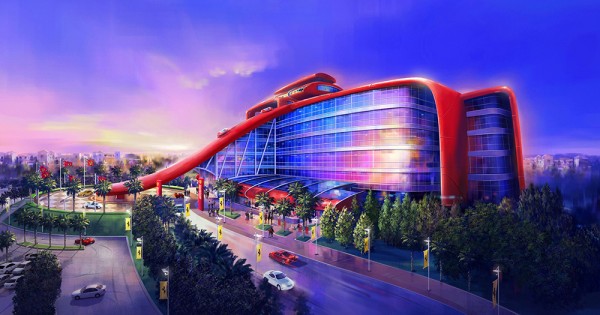 The expansion will also include shops, restaurants and a 250-room hotel as seen above.

Since 2009, PortAventura has executed has invested in new attractions every year with an investment of over 125 million Euros. Recent additions include: 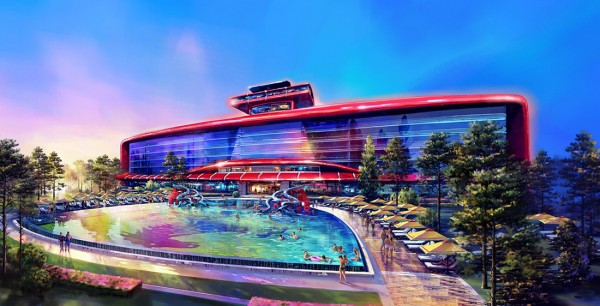 Andrea Perrone, Managing Director of Ferrari Brand, said: “After the successful experience of the Abu Dhabi Ferrari World we have received numerous requests to launch new Ferrari theme parks. After a thorough selection process, we have selected Investindustrial’s solid project backed by skilled and experienced people and the opportunity to bring the Ferrari allure in Spain where there are a lot of supporters and fans including a lot of tourists attracted also by the PortAventura destination resort. ‘Ferrari Land’ will further strengthen the Ferrari brand in the region.”

Perrone hinted that other areas of the world may see Ferrari-branded attractions: “We will continue to further look at the launch of additional Ferrari theme parks outside of Europe with no rush, while continuing to maximise the value of our prestigious brand without diluting it.”

Sergio Feder, PortAventura Executive Chairman: “Since entry we implemented a long term plan supported by well-known international brands to increase visitors to approximately 5 million yearly and to transform PortAventura into the best destination resort in Europe. Ferrari is an obvious choice not only for the values the brand represents, but also for their experience in the Ferrari World Abu Dhabi theme park. For us, it is also an honour to collaborate with such a worldwide recognized brand”.

What are your thoughts about Ferrari Land? Discuss this new mini theme park in the comments section below.