When a corporation purchases an individually owned park with rich history, it’s understandable to worry about what the future may hold for that unique charm. But fans of Legoland Florida, formerly known as Cypress Gardens, need not worry. The park recently held a ribbon-cutting ceremony to reopen the park’s historic Florida Pool and Oriental Gardens. 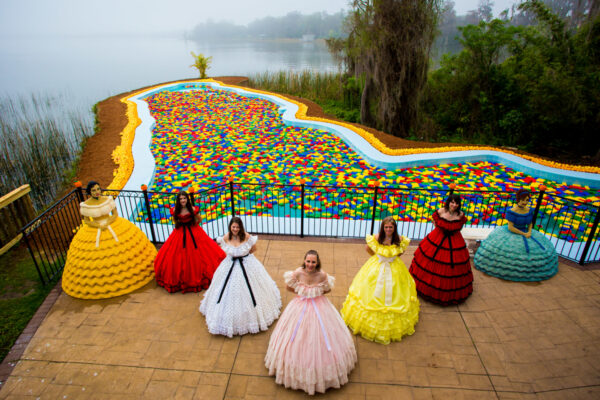 Legoland Florida brings the Florida Pool back to life with colorful Lego flare: “Former Cypress Gardens southern belles in their billowing dresses and the LEGO belles, now iconic in the gardens, greeted guests to the event. The Florida Pool was filled with brightly-colored floating LEGO brick and the perimeter was adorned with fresh Florida citrus, paying homage to the iconic citrus photos made famous by Dick Pope, Sr. during the mid-1900s.” 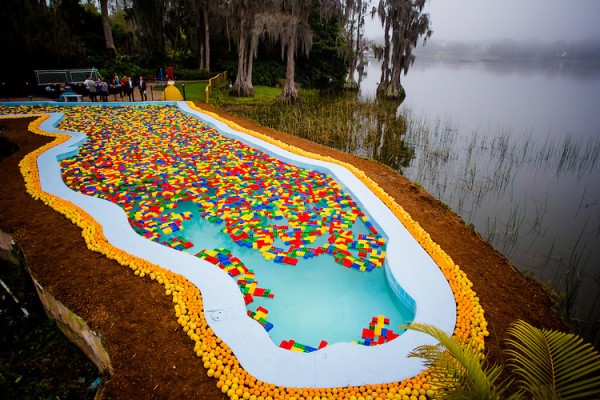 “Florida’s first ever theme park, Cypress Gardens became famous for its botanical gardens, southern belles and was known as the Water Ski Capitol of the World from the 1930s through the 1960s. Cypress Gardens secured national recognition as the film site for a multitude of movies and TV shows. The Florida Pool was originally built as a set for the 1953 film, ‘Easy to Love,’ starring Esther Williams.”

“We have taken great care to restore and maintain the historic Cypress Gardens since our opening in 2011 and we are thrilled to reopen such beloved areas as the Florida Pool and the Oriental Gardens for guests of all ages to enjoy,” said Adrian Jones, Legoland Florida General Manager. 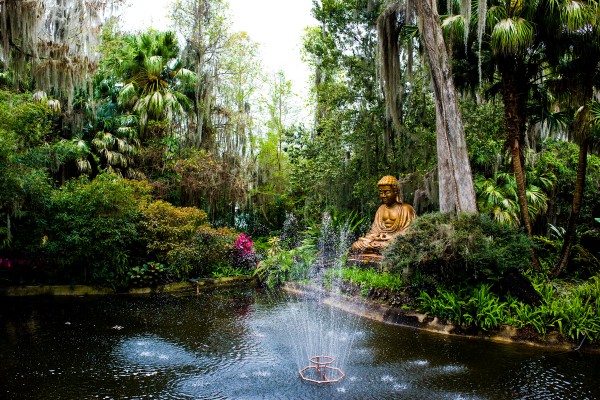 Now located in the center of the park, the botanic gardens have been restored to their original glory: “The collection of native plants, including azaleas and camellias, have been reclaimed and combined with a range of exotic species to create a horticultural masterpiece. The breathtaking Banyan Tree, planted in 1939 as a seedling, still stands prominent within the gardens.”

The enhanced gardens add to Legoland Florida’s growing lineup of more than 50 rides and attractions.

“The most exciting thing about this is it makes the gardens whole again,” said Gernert. “It makes it exactly what it was when Mr. and Mrs. Pope put the concept together so many years ago.”