Our Most Prized Theme Park Possessions

After years of visiting amusement parks, many coaster enthusiasts amass a sizable collection of artifacts, trinkets and souvenirs from their travels. These items provide a nostalgic reminder of their days of coaster-riding.

Below, members of the Coaster101 team have shared a few of their favorite items:

Most of my most prized theme park possessions weren’t purchased in a gift shop.

Pieces of the Historic Zippin Pippin

I have a few pieces of the original Zippin Pippin wooden coaster, which operated at Libertyland in my hometown of Memphis, Tenn., from 1923 until 2005. 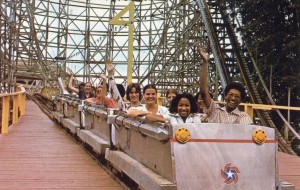 Thanks to a local historian’s generosity, I received a few pieces of the wooden coaster in 2011, more than a year after the coaster was razed. The wood isn’t original, but the rusted metal likely dates back into the first half of the 20th century. 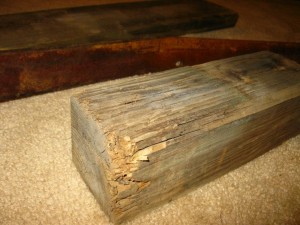 None of the Memphis Zippin Pippin was used in the replica that was built at Bay Beach Amusement Park in Green Bay. Much of what’s left of the original is in storage. I’m very thankful to have a few pieces to remind me of my first wooden roller coaster.

I still have the media pass from my first media day experience: X-Flight at Six Flags Great America in May 2012. 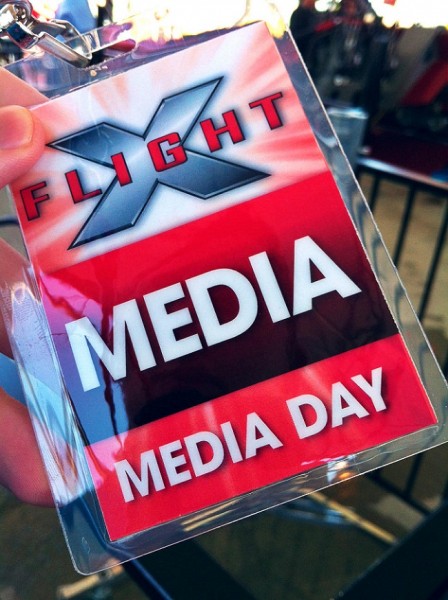 I spent that chilly morning riding X-Flight and meeting legends in the amusement industry, including one of the coaster’s designers, Walter Bolliger. Although the pass itself isn’t that noteworthy, it is a reminder of an unforgettable day riding America’s second B&M wing coaster.

An honorable mention goes to my quilt made of coaster and t-shirts.

I don’t have one particular item that I value more than the others. I hardly ever purchase anything in the parks and I don’t have any artifacts or pieces of rides either. I like collecting park maps and guides, ticket stubs, brochures, etc. and have amassed quite a large collection, several shoe boxes full. I have one box dedicated entirely to Disney stuff, a lot of which came from when we went on a Disney cruise last year. 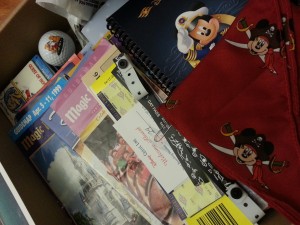 I also keep everything related to special events I’ve had the opportunity to attend, like my media event passes, lanyards, etc. as these events are usually some of the best times I’ve had at theme parks. 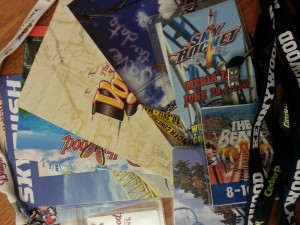 Out of all the park maps, the ones that may be more “valuable” or interesting are for all the amusement parks and attractions that no longer exist, such as Sea World Ohio, Geauga Lake, Americana, among others. 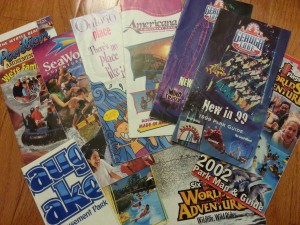 I’m always on the lookout for unique amusement park memorabilia.

In 2009, Magic Kingdom’s Space Mountain underwent a major renovation which included refurbishing the trains. I was lucky enough to come across a man selling one of these original seats. Space Mountain is one of my favorite rides, so it’s great to have a piece of it at home. 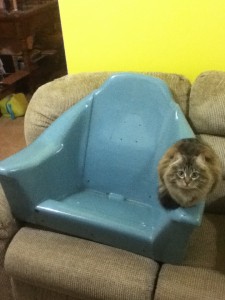 One of my earliest theme park memories is riding Tower of Terror at Hollywood Studios 13 times when I was in Kindergarten. Also being one of my favorite rides, I couldn’t pass up the opportunity to purchase these blueprints as well. I believe they are copies of the original blueprints, given to one of the workers on the project. 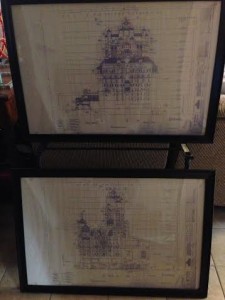 Disaster Transport may have never been one of Cedar Point’s best coasters, but it’s still a small piece of history from one of my favorite parks. 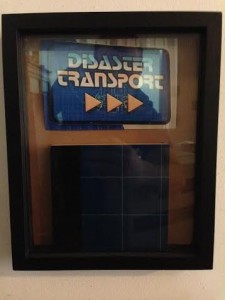 After demolishing the infamous Son of Beast roller coaster, Kings Island offered bits and pieces to the public and I was able to get my hands on this piece of track. 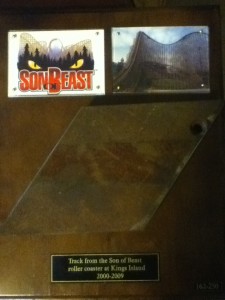