All eyes are on Sochi, Russia with the 2014 Winter Olympics officially underway. But for coaster enthusiasts, the main event may not be the sports. Touted as Russia’s first modern theme park, Sochi Park stands unfinished among the glimmering Olympic facilities, despite Russian officials’ hopefulness after rushing construction. 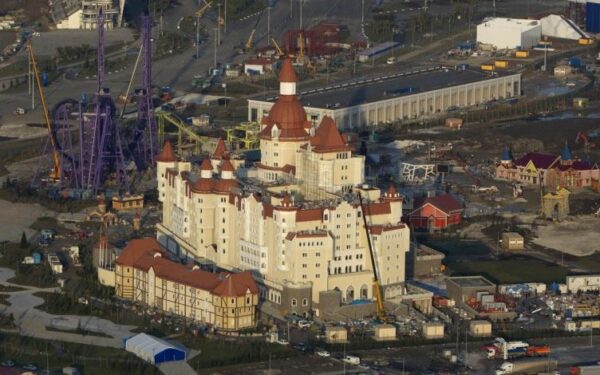 Locals refer to it as “Putin World” due to Russian president Vladimir Putin’s involvement with the project. The theme park is anchored by a massive hotel (as seen in the above photograph).

Mystery has shrouded much of the park’s development. From missing bolts on a coaster to the identity of who’s occupying the hotel, the park has garnered curious media attention from around the world. NBC’s Matt Lauer reported on the progress of the under-construction theme park on the Today Show. Watch his findings below: 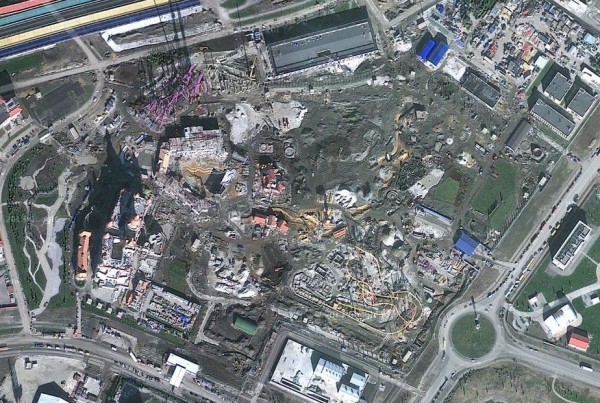 According to RCDB, the $371 million Sochi Park will feature three roller coasters:

Also included in the ride lineup are a drop tower, ferris wheel and other standard theme park attractions. 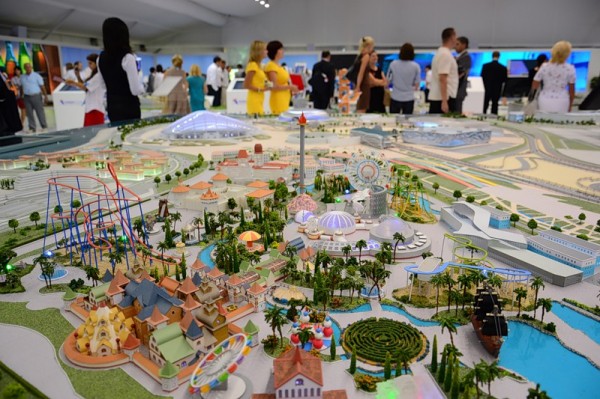 If you’re interested in learning more about the mysterious Sochi Park, TheThemeParkGuy.com has photos of the construction site from February 2013. 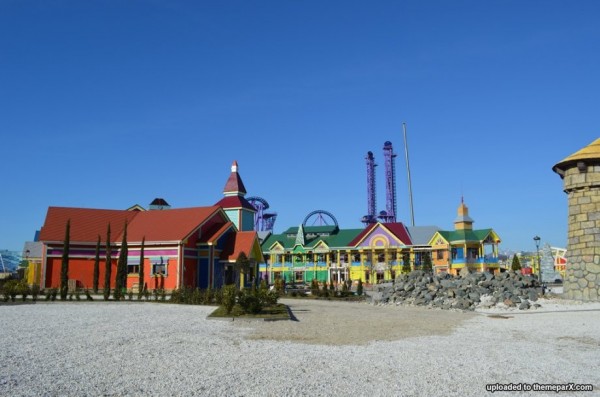 The themeparx.com website also has some excellent photos of the park under construction.

What are your thoughts about Sochi Park? Discuss in the comments section below.