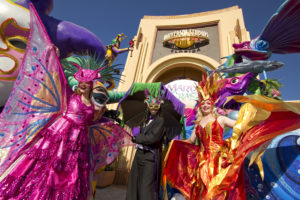 Universal Orlando Resort has announced a majority of their Mardi Gras Concert Line-up for this spring, and it features a variety of acts from many different musical genres. The concerts will take place on weekends from February through May.

April 19: Kool and the Gang