Looking Ahead to 2014: SeaWorld Entertainment 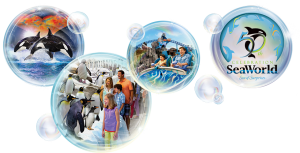 2014 marks the 50th Anniversary of the original SeaWorld park in San Diego, CA. In celebration of this major milestone, all three SeaWorld parks are participating in an 18-month celebration dubbed “Sea of Surprises” starting in March, 2014. According to the event’s website: “You’ll feel the energy throughout our three SeaWorld® parks, from a new evening Shamu® Show to a Surprise Squad delivering prizes and surprises throughout the park, new entertainment to animal encounters, and festive new shows to fireworks finales to top off summer evenings.”

To kick off this celebration, SeaWorld California will open the new Explorer’s Reef interactive entrance plaza. New giant sea life sculptures will also be put on display, and the park will offer new enhancements and digital services and special park apps to provide a new way to experience the park. Construction is already underway and is “full steam ahead” for it’s March 21 debut.

While SeaWorld Texas doesn’t have any new attractions opening in 2014, be sure to check out the post on Aquatica Texas below for details on a new aviary that will be open to SeaWorld guests year round. 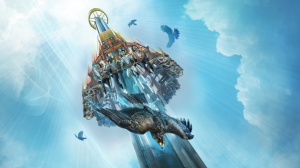 Arguably the biggest addition to the SeaWorld Entertainment chain for 2014, Busch Gardens Tampa is adding Falcon’s Fury, an innovative new drop tower, as part of it’s new Pantopia area. Falcon’s Fury is a 300′ drop tower that takes riders to the top, and rotates them 90º into a face-down dive position, before letting gravity do the rest. It will be the main attraction of Pantopia, the reimagined version of the park’s old Timbuktu area, featuring classic attractions and new experiences as well.

Busch Gardens Williamsburg has announced London Rocks for 2014, with performances in the park’s Globe Theater, near the entrance of the park. The theater has been host to several 4-D Shows and live entertainment in the past.

The Original Aquatica park, located in Orlando will welcome a new water slide in 2014.  Ihu’s Breakaway Falls. The drop slide will be the tallest, steepest and only multi-slide ride of its kind in Orlando.The slide is named after Ihu, Aquatica Orlando’s colorful gecko mascot.

As Coaster101 reported back in October, Aquatica San Diego will welcome the 6-lane Taumata Racer water slide during Memorial Day Weekend, 2014. It will propel riders through 375 feet of track, including a 180º turn through a tunnel at the start of the slide. It is approximately 60 feet tall, and will be one of the faster attractions at Aquatica San Diego. 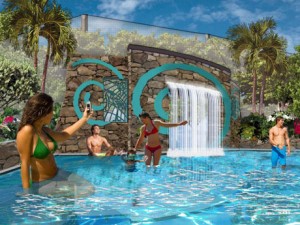 Aquatica San Antonio will be adding an aviary experience to the water park, accessible via the Loggerhead Lane Lazy River attraction. Featuring a swim-through waterfall entrance, the 13,500 square foot aviary will be home to some 300 birds. There will also be an entrance for SeaWorld Texas guests when Aquatica is closed.

Water Country, USA in Williamsburg, VA will be opening Colossal Curl in Spring 2014. It’s the first slide of it’s kind in the country, featuring a funnel as well as a half-pipe element, as four person tubes careen down this Proslide “World Alley” design. 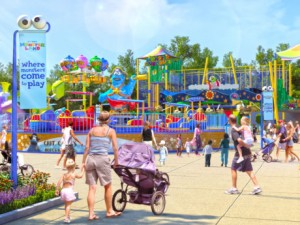 Sesame Place is expanding with it’s new Cookie Monster Land in 2014. The new land will feature five exciting rides, a three-story net climb, and a soft play area for the park’s youngest visitors. For more information, be sure to check out Cookie Monster Land here.

Are you excited for the new attractions and experiences at the SeaWorld Entertainment parks? Let us know below!