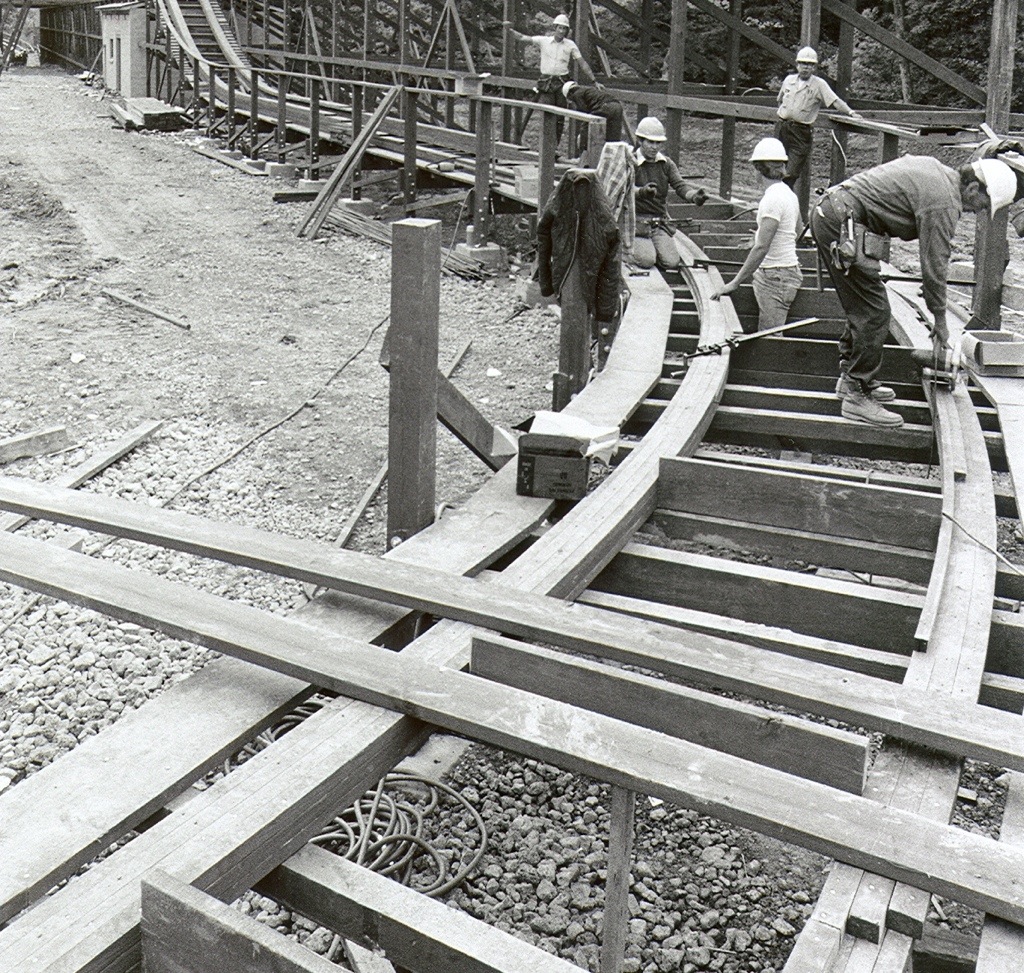 “MASON, Ohio – Wednesday marked the 35th anniversary of when construction began at Kings Island in 1978 on a single-track roller coaster which broke all existing records as the longest and fastest with the two longest vertical drops: The Beast! By the time workmen had completed the massive Beast construction in March 1979, they had used 650,000 board feet of southern pine lumber; 37,500 pounds of nails; 82,480 bolts; 5,180 washers and 2,432 square yards of concrete. The Beast still holds the records as the longest wooden roller coaster in the world at 7,359 feet. Since its debut in 1979, the Beast has given more than 47 million thrilling rides, third-most in park history behind the Racer (98 million) and the K.I. & Miami Valley Railroad (50 million).”

Have you ridden Beast at Kings Island? Share your thoughts about the coaster below in the comments section.