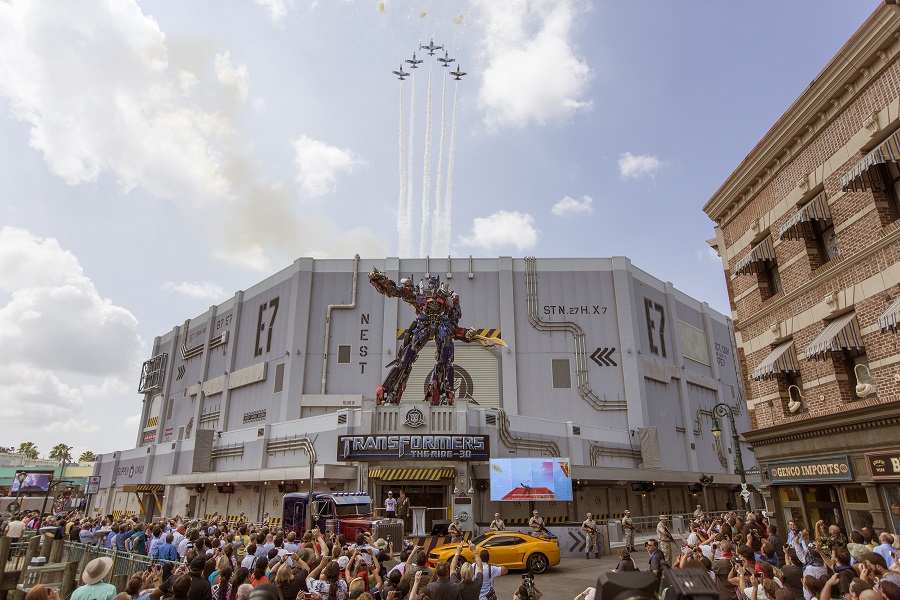 Universal describes the attraction as one that “blends a powerful storyline, powerful technology, all-new hyper-real animation and massive sets into an action-adventure that grabs riders and does not let them go until the very last second.”

Transformers film characters featured in the ride include Optimus Prime and the Autobots as they fight Megatron and the Decepticons to the end.

Universal describes the Transformers ride experience: “Riders burst into battles between “life-sized,” three-story-tall Autobots and Decepticons. They dodge relentless attacks, explosions and missiles. And they come face-to-face with Megatron – who wants to destroy them.”

For more information about Universal Orlando and TRANSFORMERS: The Ride – 3D, click here.