A-Z Coaster of the Week: Maverick

This week’s A to Z Coaster is Maverick, Cedar Point’s second newest roller coaster and one of the most unique roller coasters at the park, also which has its own unique history as well. 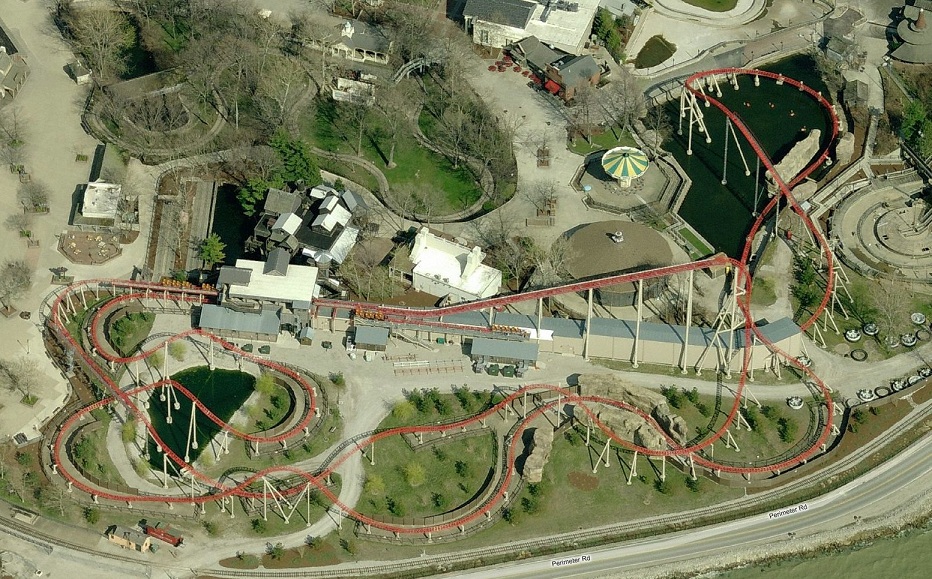 After Top Thrill Dragster was built in 2003 at Cedar Point, everyone was looking towards what the next coaster would be. White Water Landing, an Arrow flume ride was torn out at the end of the 2005 season the area cleared out without much explanations than “for future expansion.” Then out of nowhere, pieces of rust red track and tan supports appeared out in the field next to Breakers Express thus beginning the marketing campaign for “Project 2007.” 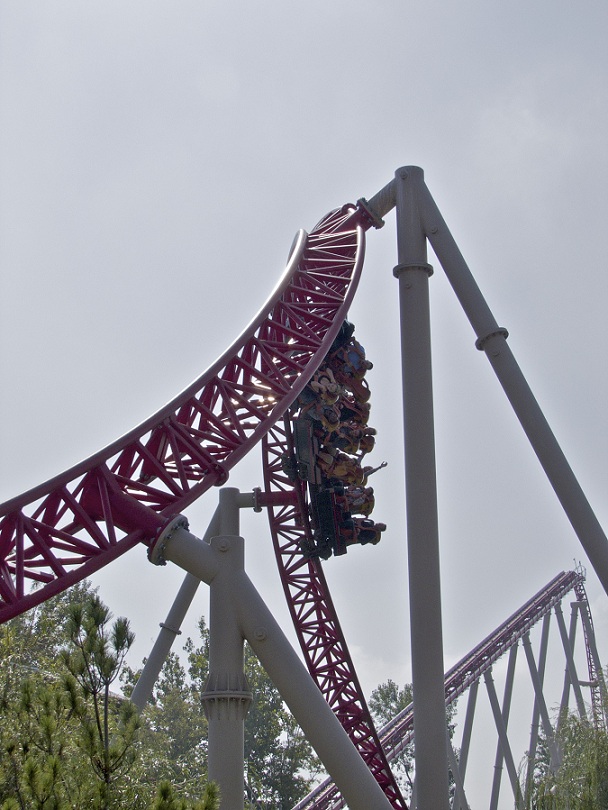 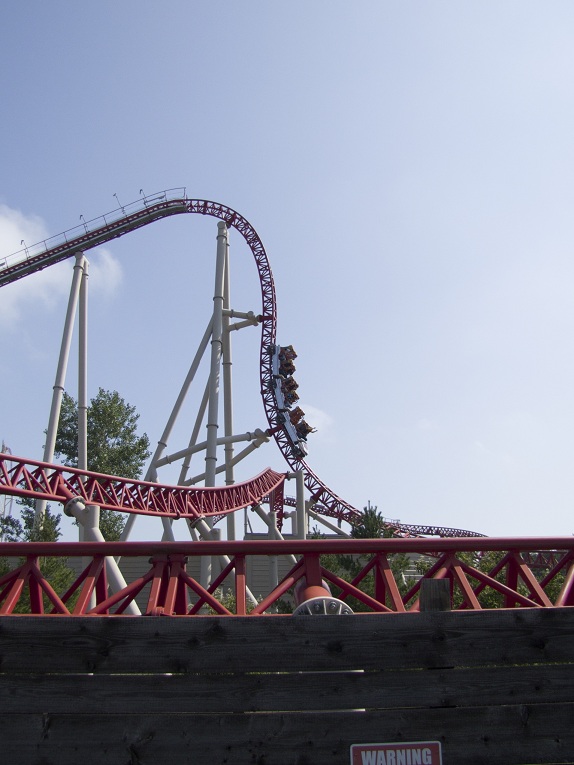 During the 2006 season, guests could see the new coaster being constructed from start to finish. “On Point!” the Cedar Point blog, teased readers about the roller coaster during the season, then finally they announced the new coaster in September of 2006 as Maverick, Cedar Point’s newest roller coaster and themed to fit the Frontiertown Old West theme. By the end of the 2006 season, the track was completed and testing began early in 2007. 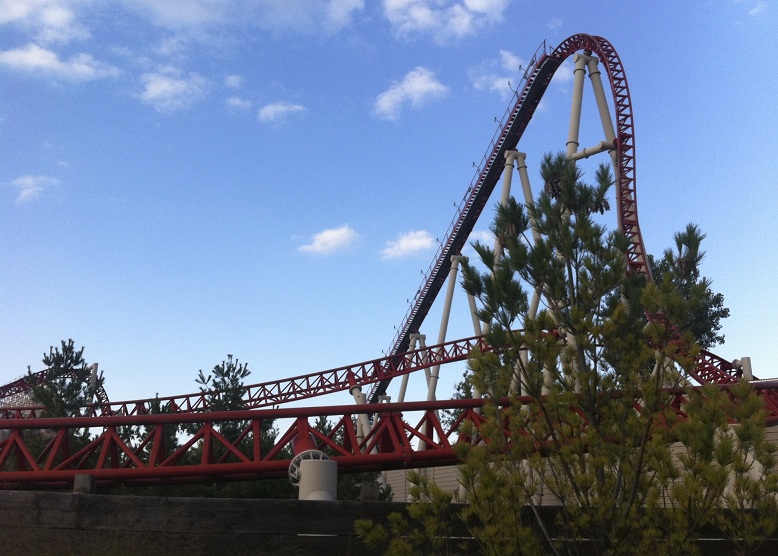 Everything seemed to be moving along fine, until 4 days before the park opened for 2007, it was announced that the heartline roll, which was located down at the bottom of the launch hill in a canyon, was causing excessive stress on the trains and could have caused discomfort to riders due to high g-forces. The removal of the heartline roll and replacing it with a banked S-curve delayed the opening until May 26. Maverick did open with rave reviews, even if it ended up 1 inversion less. 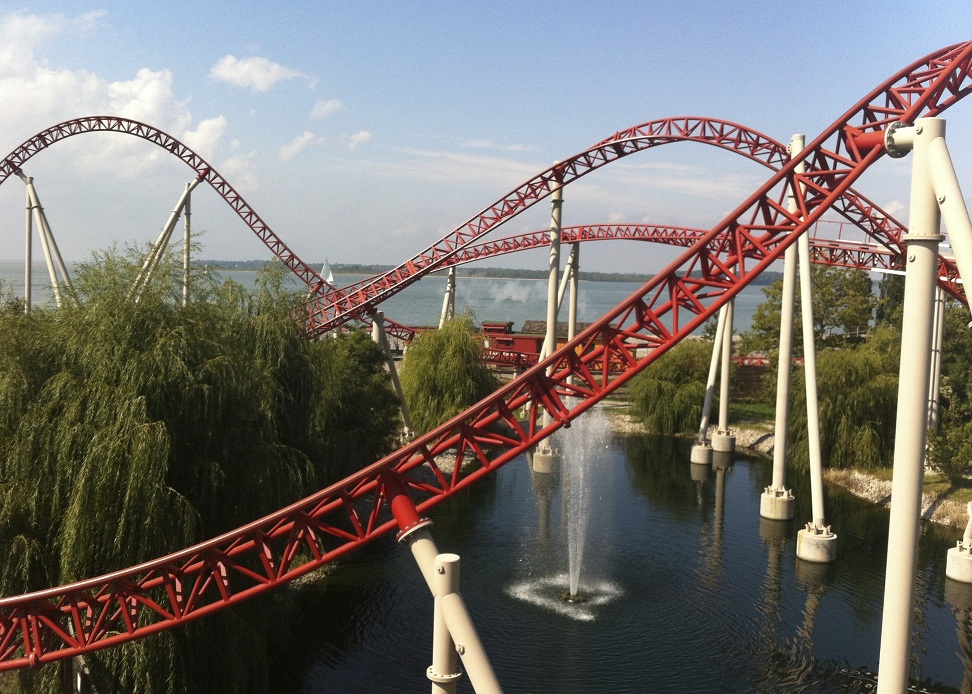 Maverick is unique for having 2 trains in the station, simultaneously loading and unloading. When the trains are dispatched out of the station, the first one goes up the 20˚ 105 foot tall lift hill using linear synchronous motors (LSM) while the second train waits at the bottom for the first train to launch out of the tunel. Once it goes over the lift hill, it goes down a 100 foot, 95˚ drop at 57 mph, going through banked turns in canyons, over an airtime hill, into a twisted horseshoe roll and into the tunnel. After the train slows down with some visual effects, it is propelled out of the tunnel using more LSM motors at 70 mph, up a trimmed hill, over the pond and into yet another canyon with the S-curve. The ride then goes under the first drop with a banked turned followed by another overbanked turn, an airtime hill, then finally into the brake run for a grand total ride of 2 minutes, 30 seconds. 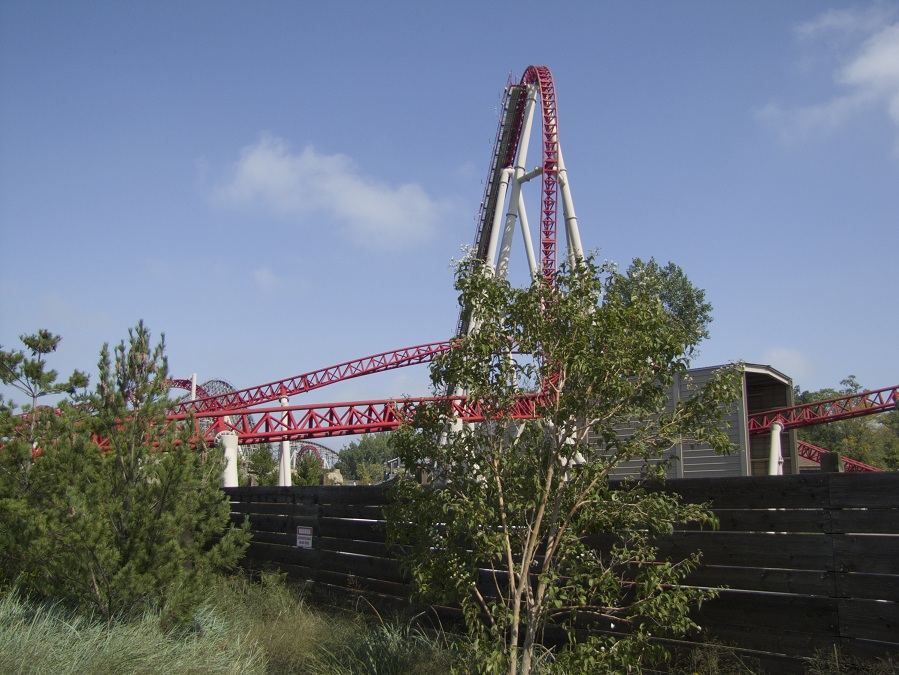 See the previous “A-Z Coasters of the Week” here.