We continue our week long celebration of tomorrow’s reopening of Disney California Adventure with a look back over the past five years.

A lot has happened during the past five years at the Disneyland Resort, and luckily Disney has provided us with a timeline of all the major additions and renovations that have taken place during the past half decade. 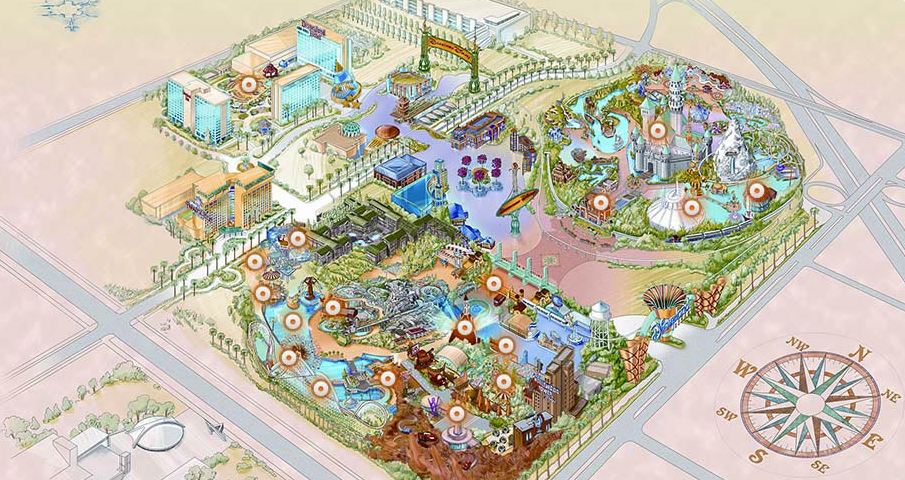 October 17, 2007 was a big day as the Disneyland Resort made known the grand details of what was going to take place at Disney California Adventure over the next five years. Announced additions included Toy Story Mania!, “World of Color,” The Little Mermaid ~ Ariel’s Undersea Adventure, Carthay Circle Theater, Cars Land and Radiator Springs Racers. The total cost of all these exciting additions: over $1.1 billion.

“Toy Story Mania! opens on Paradise Pier at Disney California Adventure. The interactive, multiplayer game is an instant hit with guests who vie for the highest scores.” 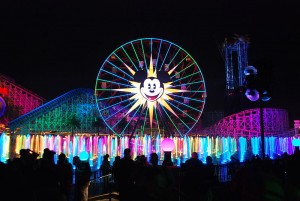 The Disney’s Grand Californian Hotel & Spa expansion is completed including the first Disney Vacation Club villas on the West Coast.

“World of Color” opens to rave reviews and enthusiastic crowds. The breathtaking, nighttime spectacular weaves water, color, fire and light into a kaleidoscope of fantasy and imagination. Work on Cars Land reaches a construction milestone with the “topping out” of the Ornament Valley Mountain Range.

Silly Symphony Swings, the Games of the Boardwalk, and ElectTRONica (nighttime party with dancing and games replaces Glow Fest in October) all make their debut in 2010 as well.

The Disneyland Hotel renovation is completed. The renovation includes new themed suites and a new pool and water play area. 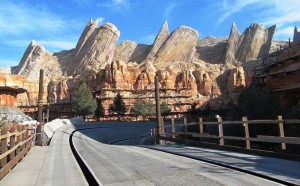 Cars Land, Buena Vista Street and Carthay Circle Theatre will open June 15, 2012, as part of the grand reopening of Disney California Adventure, now with eight themed lands. Guests are immersed in the story of the Disney-Pixar film “Cars” as they step into the town of Radiator Springs. Buena Vista Street offers a nostalgic step back in time to 1920s Los Angeles, with the Red Car Trolley, Carthay Circle Theatre and a tribute to Walt Disney.

Over at Disneyland, the classic Matterhorn mountain glistens with new paint as riders enjoy new bobsleds.

Check out this website that features even more details about all that is new at the Disneyland Resort.