I went to Six Flags Great America today to see how the park was doing this season outside the addition of X-Flight. Since X-Flight was not operating today, I was forced to traverse through other areas of the park. The park wasn’t very crowded aside from a number of visiting school groups. The lines didn’t seem to exceed 30 minutes in length. 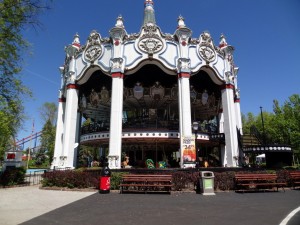 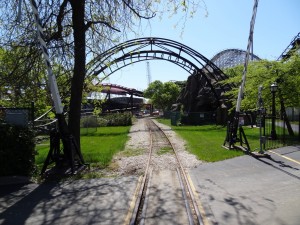 A number of attractions were not operating today, including the train. The track displaced by X-Flight construction has yet to be set back in place. 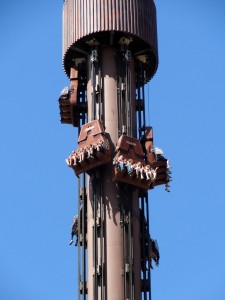 Giant Drop does what it does best… drop. 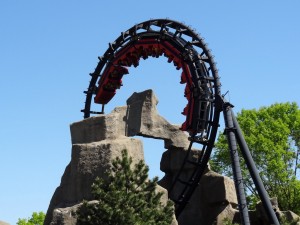 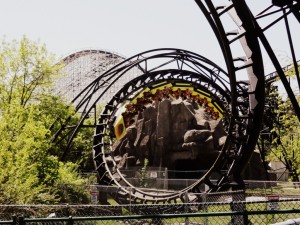 Demon’s iconic corkscrews are unaffected by the nearby X-Flight. 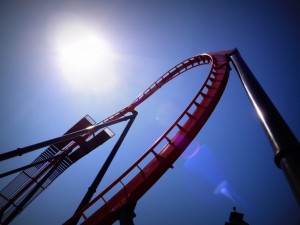 Even though X-Flight wasn’t operating, that didn’t stop me from taking pictures of the aesthetic coaster. 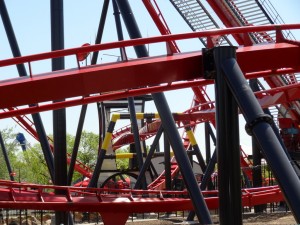 The entire park being open allowed me to shoot X-Flight from different vantage points. 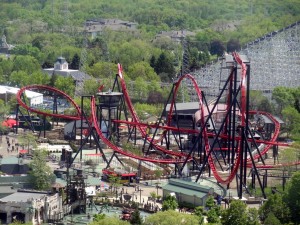 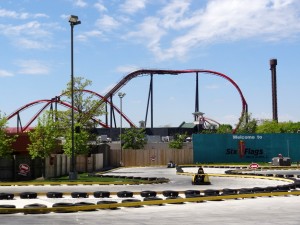 X-Flight can be seen from all around the park. 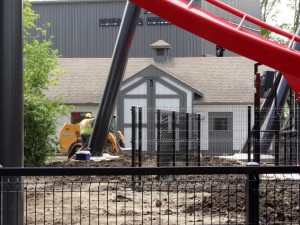 The old Great American Raceway shed has been incorporated into the X-Flight train storage shed. 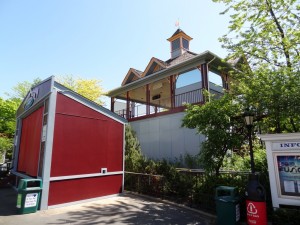 In other news, the karaoke stage has been moved in front of the old Iron Wolf station. 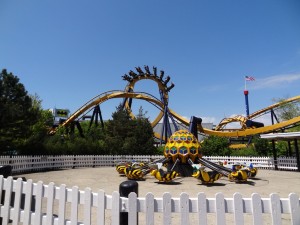 Something looks out of place here. 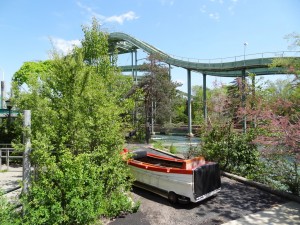 Neither of the log flumes were operating today, as seen by this stray Yankee Clipper boat.

I wonder if the Great American Raceway cars will ever be reused. 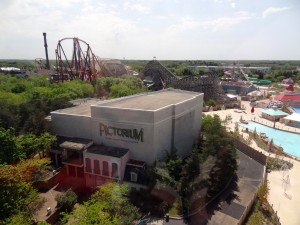 The Pictorium will show a “Volume 2” sequel to last year’s Screams and Dreams film. 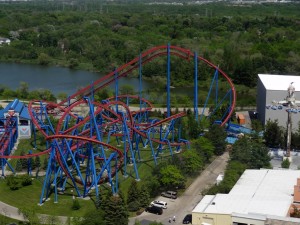 I think Superman could use a new coat of paint. 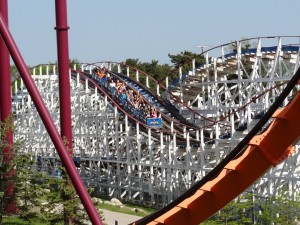 The blue side of American Eagle was the only side operating. 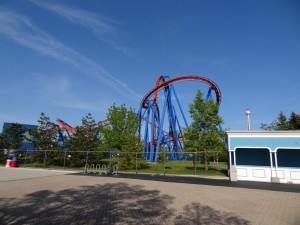 Overall, it was a great day at the park. I’ve never visited this early in the season, so I’m sure some of these closures are normal. I can’t wait to see the park with X-Flight operating!