As 2012 is right around the corner, the team thought this would be an excellent opportunity to reflect upon our own experiences in 2011. From  attending more media day events to the record number of interview features,  it was a fantastic year for us here at Coaster101. 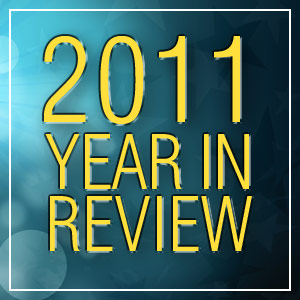 John: I traveled to both Six Flags St. Louis and Six Flags Great America in 2011. Although I had been to both parks before, I enjoyed spending multiple days at both parks. I think one of the perks of revisiting a park is that you get the chance to “smell the roses.” You see things you’ve never seen before. You might get the chance to check out smaller rides that are overlooked when making the mad dash to the biggest and baddest rides at the park.

Nick: I began the year by visiting Lagoon Park in Farmington, Utah to see the opening of their brand new family coaster, Bombora. In May, I was able to make my first ever visit to Dollywood. Hopefully I’ll make it back next year with the addition of Wild Eagle. In July I headed to Orlando, Florida to experience the Wizarding World of Harry Potter at Island of Adventure at the Universal Orlando Resort. I was blown away by the attention to detail and extreme engineering.

John: I think my favorite moment wasn’t actually on a rollercoaster but rather on the Mega Wedgie slide at Six Flags Great America’s Hurricane Harbor. I don’t get very anxious before riding coaster like I did when I was a kid, but waiting for the floor to drop out from beneath me was quite intimidating to say the least. And I can’t forget to mention that it was my first body slide. That’s right, Mega Wedgie was the first body water slide I’ve ever ridden. Although the entire experience was over in a matter of seconds, it was one of the most exhilarating ride experiences of my life.

Nick: One of the most memorable moments of 2011 for me was attending the ASTM F24 committee conference on amusement ride safety in New Orleans. I met many fantastic individuals who engineer rides and help maintain the amusement industry’s exceptional safety record.

John: I’m really excited to see Cars Land at Disney California Adventure open. I’ve been watching this billion dollar plus transformation take place for several years now and it will be nice to see it all completely finished in 2012. I’m also very excited about (hopefully) riding both new U.S. wing-riders this year: Wild Eagle at Dollywood and X-Flight at Six Flags Great America. We’ll see how that turns out!

Nick: I agree with you John. I think Cars Land may be even more detailed than the Wizarding World (and on a larger scale too!) As construction is really picking up I am becoming more and more excited for SkyRush at HersheyPark. Verbolten at Busch Gardens Williamsburg is also very intriguing to me. If it’s themed really well it could really turn out to be a huge hit.

This past year was no doubt an exciting year for the amusement industry. 2012 should be even better, especially with all of the new attractions opening around the country. Happy New Year!