Landry’s Seafood, the group that operates Kemah Boardwalk, is looking to open an amusement park on a pier in Galveston. According to Galveston.com:

“With the demolition of the Flagship Hotel well underway, we thought you’d like to see a few of the artist’s concepts for the all-new GALVESTON ISLAND HISTORIC PLEASURE PIER. Please note: the information below was provided to Galveston.com by Landry’s and is subject to change.

In the late 40s, Galveston’s Pleasure Pier became king as the largest of its kind in the country.

Prior to the Great Storm of 1800, The City of Galveston stood as a stronghold of the Victoria Era of architecture (1825-1900). As a result of the storm, much of the great architecture was destoyed, but many of the jewels were spared and remain part of the rich Galveston architectural landscape.

The Galveston Island Historic Pleasure Pier will bring guests back to that era with reminders of a more carefree lifestyle, and a time where art in the form of architecture played a strong part in the culture of the city.

Landry’s is proposing a magnificent renovation of the Pier. The renovation will turn the property into a world-class destination such as the Navy Pier in Chicago, and the Santa Monica Pier in Malibu, CA, and many others throughout the country.

The renovation will usher in a new generation of traditions with a first-class, nostalgically-themed amusement park offering a variety of family-friendly attractions.

Much like Galveston’s Historic Electric Park, known as “The Coney Island of the South,” the Pier will offer attractions for all ages.

The new attractions will restore the historical element of The Pleasure Pier, become the premier Galveston Island destination for events, family outings, and sightseeing, transform the Pier with a nostalgically-themed Ferris wheel, an old time double-decker carousel, and a new family-friendly amusement area. Amusements will bring back memories of the historic destination.”

Below you’ll find some festive concept art for the pier: 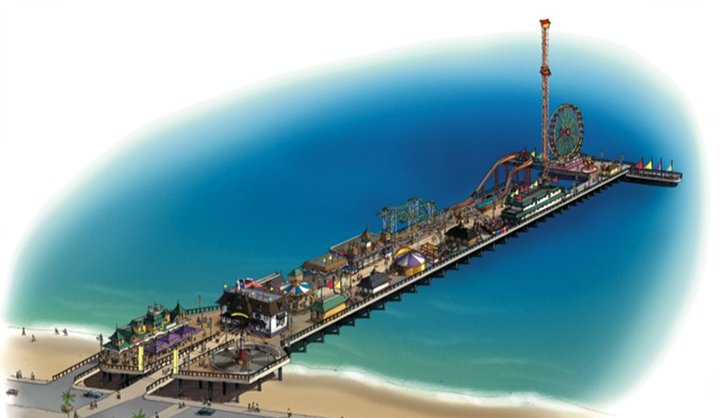 The pier will contain an array of amusement attractions including a dark ride, drop tower, and ferris wheel. 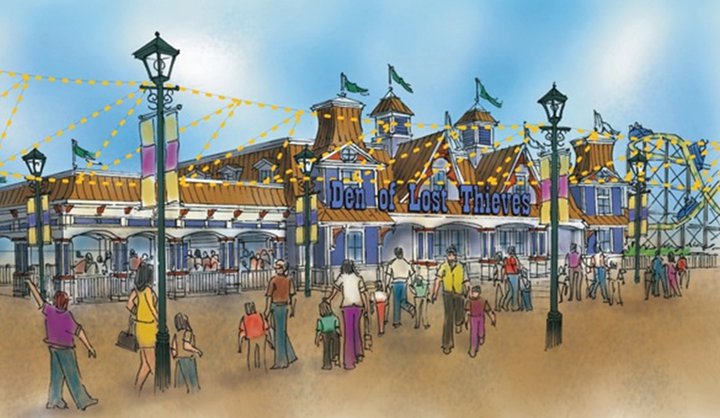 We’ll keep you updated on the progress of this project.