Married on a Rollercoaster

In the spirit of Valentine’s Day, I figured it would be appropriate to show some rollercoaster enthusiasts professing their love on a rollercoaster, of course! 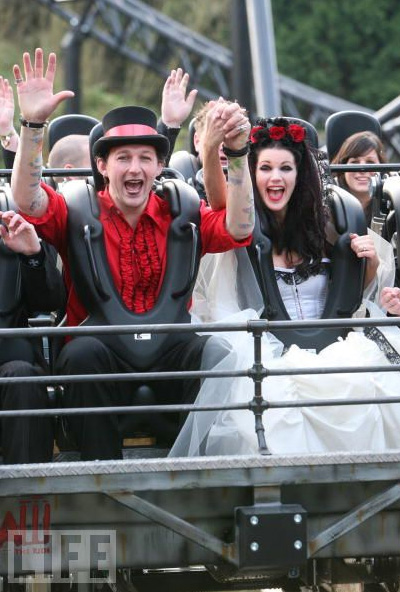 Karl Anderson and Gaynor Cooper are the first couple to marry on a rollercoaster in the United Kingdom. They were married on Saw at Thorpe Park on February 9, 2009. 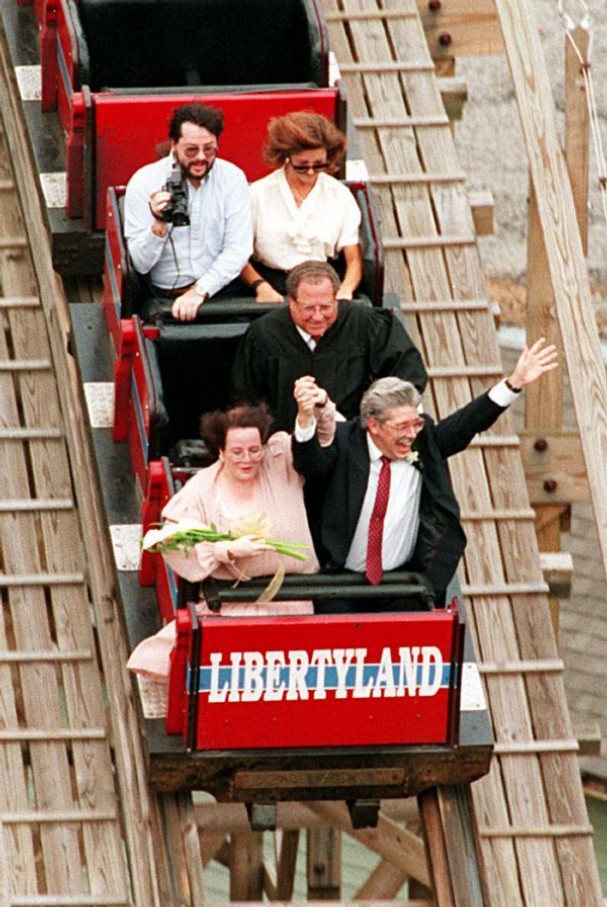 Robin Ackerman and Tom Hays were married on the Zippin Pippin at Libertyland on July 24, 1994. 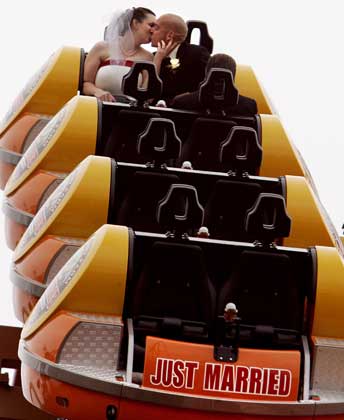 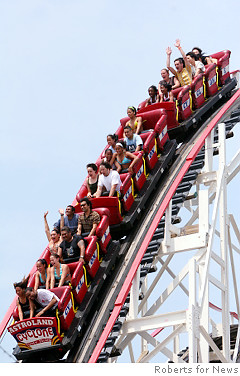 Teri Muroff and Robert Meyer were married on the historic Cyclone coaster at Coney Island.