I recently read and reviewed the wonderful book Theme Park Design: Behind the Scenes with an Engineer, a great read full of fascinating tidbits about what actually goes on during the development of a themed ride. The book was great but I wanted to know more. Luckily the author, Steve Alcorn, agreed to answer some of my questions. Thanks Steve for taking the time to provide your wonderful insight into the inner workings of the design process.

101: How and when did you get the idea to write a book about designing themed attractions?

Steve: The seeds of the Theme Park Design book go way back to 1984. After Epcot opened, I spent about a year working on follow-up projects like getting the Imagination pavilion open, the October 1, 1983 opening of Horizons, and the park-wide monitoring system. Then I left Disney, but I hired quite a few of the technical staff to work for me at other companies. One of them was David Green, a technical writer. He and I decided we should write a book about our experiences, and fortunately we did, while they were still fresh in our minds. We didn’t publish it, though.

In 2000 I was asked to write an online course about theme park design, and that unpublished book came in very handy as a reference for the anecdotes in the class. (I still teach that class at Imagineeringclass.com) This year I decided to share the text of the class with a wider audience, and published it as Theme Park Design. Incidentally, the original book David Green and I wrote was finally published, for the 25th anniversary of Epcot. It’s called Building A Better Mouse. It really captures that madness that went on during the construction of Epcot.

101: What was the most challenging project that you’ve ever worked on? 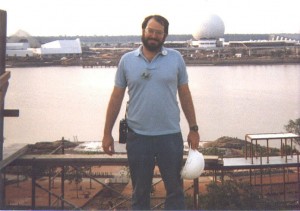 Steve: Certainly Epcot was the most challenging project I ever worked on. Essentially, a bunch of kids were hired to do the near impossible in an unimaginably short period of time. Fortunately, as we say in the business, “The money cannons were loaded.”

101: In Theme Park Design, there was a chapter where you were talking about a train on a turntable. Were you talking about an actual ride that was built and if so which one?

Steve: That was the turntable in the Imagination Pavilion. The original ride was quite long, and for several minutes you seemed to “float” along, as you watched a show on a flying machine alongside your train. During the rather disastrous rehab of Imagination in the 90s, that whole section of track was bypassed, much to the relief of the maintenance crew, I’m sure. Unfortunately they also removed a lot of the fun, too.

101: A lot of young aspiring theme park designer’s dream job would be working for Disney. As someone who has actually worked for Disney, can you offer any additional insight into what it is actually like? Is it all that it’s cracked up to be? I’m sure you’ve had to work some intense hours.

Steve: Working in Imagineering is definitely a real job. The Imagineers do the same things they’d do in their roles at other companies, whether artistic or technical. It’s just that the end product is much more fun. For those involved in field work—actually getting an attraction open—the hours can be long, and there is always schedule pressure. But you do get to play with a whole theme park attraction. Being a show control engineer is particularly fun, because you’re sort of in the middle of everything.

101: What’s the single most important thing you learned in school that applies directly to your job?

Steve: I graduated from UCLA with a degree in engineering, and I can safely say I’ve never used any specific thing I learned at school to do my job! Sure, a general background in the sciences is helpful so you understand physics and chemistry and math, but everything we actually do, I learned on the job. That’s why being a computer hobbyist, and doing internships are so important to us when we decide who to hire.

101: When somebody says to you “I want to design theme park attractions” what is your first thought?

101: After reading your book, what would you suggest to someone like me who wants to learn even more in-depth details about themed ride design? Any other recommended reading?

Steve: As far as I know, Theme Park Design is the most technical book there is about ride design. Beyond that you need to learn about control systems and mechanics themselves, wherever they are used: industrial automation, for example.

101: Do you have any plans for any other amusement park related books or blogs in the future?

Steve: Not at the moment, although there are certainly lots more anecdotes to be told!

101: Do you often visit theme parks for fun? Which one is your favorite?

Steve: I think most people who build theme parks tend to not visit them as guests. Usually when a major attraction opens we get a private tour backstage, and that’s enough. It’s actually a bit stressful to watch something you worked on, because you know all the ways it might break. I remember watching American Adventure a few times with an audience, and almost being exhausted from willing it to not get stuck!

Since we work on all the theme parks, I can be pretty impartial about my favorites. For ambiance I still like Epcot the best, and I go to the food and wine festival there. The best rides are certainly at Islands of Adventure. For kids, I think Legoland is the best; nothing beats getting to drive your own car anywhere you want! Of course, rollercoaster fans have their own favorites. 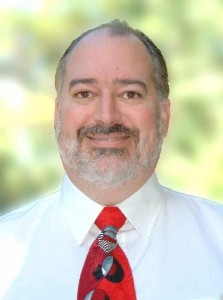 101: What is your favorite type of attraction? Favorite ride?

Steve: Story is foremost. To me, every element of a show or ride needs to work together to take me on a journey. The best show ever is Mystery Lodge at Knotts Berry Farm; it tells a great story, and its effects are mind-blowing. Second place goes to American Adventure at Epcot, the most complicated show ever done. The best ride is Harry Potter at Islands of Adventure, which is also the best overall theming of an area. Second place goes to the nearby Spiderman ride.

101: Thanks again to Steve for taking the time to answer our questions. Be sure to check out his great books!