Disney recently revealed through their blog that the site formerly occupied by Pleasure Island will become the home of Hyperion Wharf, a “vibrant waterfront district.” 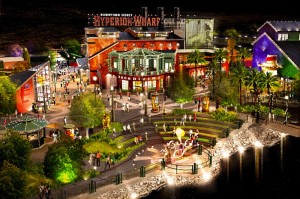 “The district will come to life with a nostalgic yet modern take on an early 20th century port city and amusement pier. By day, stylish boutiques and innovative restaurants will draw you in and by night, thousands of lights will transform the area into an electric wonderland.” 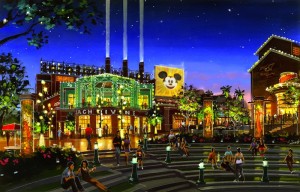 “Taking its name from Hyperion, the Greek god of light, as well as the street on which Walt Disney built his first major animation studio, the wharf district will also feature a relaxing lakeside park and enhanced pedestrian walkways. And its diverse eateries will expand dining availability at Downtown Disney by more than 25 percent.”

It’s great to see that Disney continues to make improvements to their current entertainment venues!