I know that John already posted a lot of these photos up while I was gone, but these ones are cropped and touched-up, and therefore deserve for your eyes to see them again! Anyways, Six Flags Magic Mountain was our next stop in California, and what a busy stop it was! Sixteen coasters and a mountain to traverse make this park a very difficult one to accomplish in a day! On our first day at the park, we took a trip up in the (air-conditioned!) Sky Tower to take some pictures of the park from hundreds of feet up in the air, but the pictures from the ground will have to wait for another day (and update)! For now, enjoy these pictures from the sky!

Alright, let’s just get this out of the way now: I love X2. I’ve never found myself legitimately scared and/or confused on a roller coaster until now. Ever. 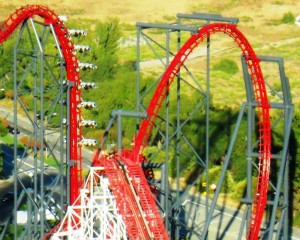 Basically, it’s just a lot happening to your body all at once. You hit your head a few times on the pads behind you, which probably just adds to the delirium and wonder which is this fantastic roller coaster. 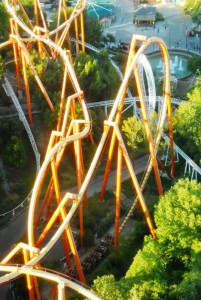 Ignoring Viper, because it’s really quite ignorable, let’s skip to the park’s other superstar, Tatsu! My mother hates prolonged positive G’s, but hot damn, that pretzel loop is ridiculously fantastic. 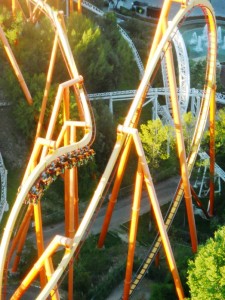 And another shot of it, because it makes me happy. Really happy. It’s just a fantastic ride. Floaty first half, whippy second half, plus that pretzel-loop-straight-out-of-heaven. God’s favorite element is the pretzel loop, definitely. 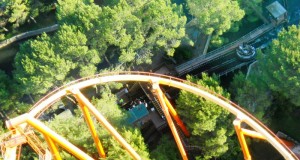 We ended up not getting on the rapids. Shame. But we did get on Tatsu, which makes up for it quite well! 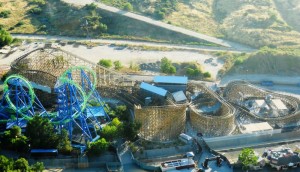 Oh, one more superstar here: Terminator! Cute lil’ Termie, all deceivingly small. Oh, but you have a crazy ride in store, don’t you? Yes you do! You’re just a little out-of-control monster! 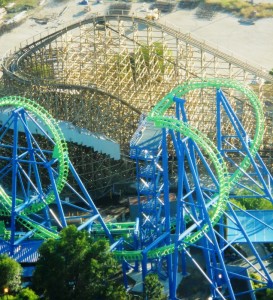 Deja Vu is fun and all, yeah, but Terminator is just fantastic. No time to breathe from half a second off the chain to the brakes at the end. And with how wet I got from the misters, I’d call it an Aquatrax, no doubt. 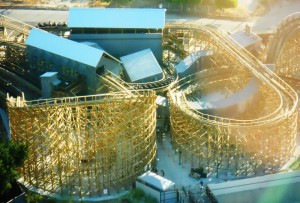 Everybody say hey to the sun, I guess. Or bye, I’d really prefer that it wasn’t chillin’ in my picture here. Rude. 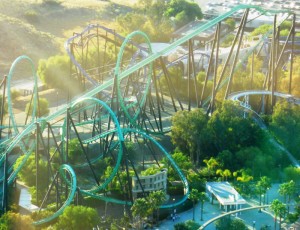 Riddler’s Revenge was fun, minus the part on our first ride where one of my lil’ fellas got a little squished. But, secretly, I love B&M stand-ups. And dive loops. And this ride has two of those. 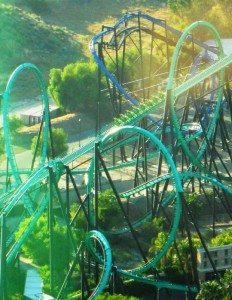 I’ll go ahead and claim that this little colored-lighting thing going on was totally on purpose. I think it symbolizes the light from Batman and the evil from the Riddler ready to scrap. Maybe. 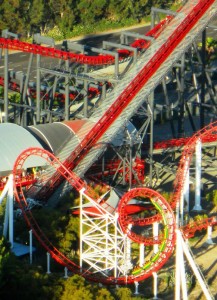 Quick note: It seems silly to me that you have to circle around and cross a bridge just to get to X2. Is there a particular reason for that layout? Seems to me like some stairs to the left would have done the job. 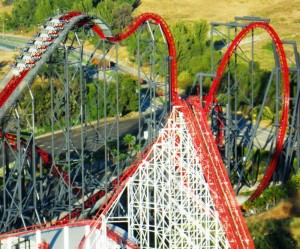 I’m rapidly running out of captions, so I’ll give a little explanation as to why half of them are probably bad. I write these things when I’m tired. End of story. 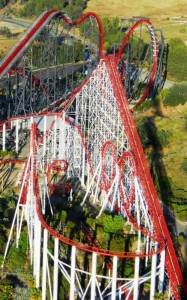 Arrow corner. One ride is photogenic but sucks, and the other is hard to photograph but rocks my socks off. Take a wild guess as to which is which. 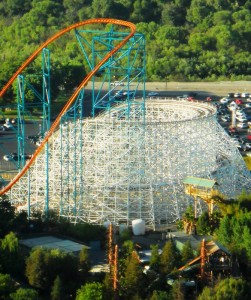 Aaand now let’s play that zoom game again to close this thing out. Zoomed all the way in! Colossus doesn’t look so colossus now, does it? 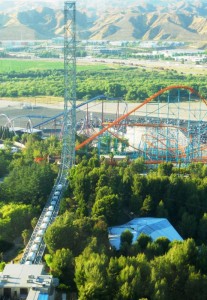 Zoomed a little out, givin’ Superman some lovin’ like Lois Lane on a hot, humid summer day in Maryland! 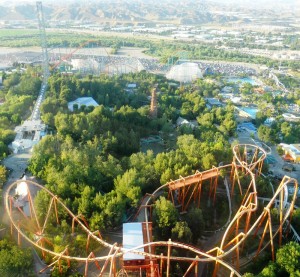 Zoomed all the way out to show an area of the park with lots of coasters that aren’t really very special. Minus Tatsu. Next stop: Knott’s Berry Farm!