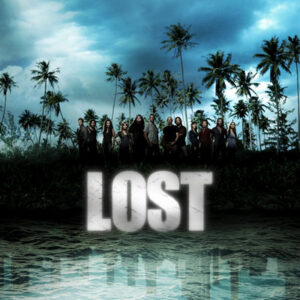 Spoiler alert: “Lost” may find a happy ending after all, at Disneyland.

That is, if some hardcore fans of both the happiest place on earth and the weirdest show on TV have anything to say about it. A petition for a “Lost” island attraction to replace Tom Sawyer Island has gone viral on the Web. It is making the rounds among those feeling a sense of, well, loss, at the idea that their beloved TV show will go dark as of May 2010.

So without word of a “Lost” movie in the works and looking at a grim future minus the completely engrossing world of plane crash victims stranded on a tropical island, fans’ last hope is the Big Mouse. After all, Disney is the parent company to the ABC network, which airs the series. So, why not take over the sadly outdated mash-up of Tom Sawyer and Pirates of the Caribbean and imagineer something rabid obsessive lovers of “Lost” would actually appreciate?

The wishful thinkers behind the petition are making it easy for Disney: As the OC Weekly points out, the organizers even suggest components to the ride, including ruins, a smoke monster, Jacob’s cabin, and a submarine ride. Clearly, a lot of thought has gone into this plea to let “Lost” live.

It’s not a completely crazy idea, either. No offense to the American icon who ruled the Mississippi on a raft, but that’s not even retro cool. That’s just plain out of date. More puzzling, the Tom Sawyer Island is now shared with Pirate’s Lair and, these Disney 2.0 types argue, the whole thing could use a refresh. Maybe Disney would be open to a social-media inspired attraction attached to one of their amazingly successful TV shows.

I’ve never seen the show but I do know that I wouldn’t like to see a Tom Sawyer Island makeover. I just can’t see it fitting with the classic theme of the area.

Would you like to see a Lost attraction at Disney? Which park would it best fit? What type of attraction should it be? Tell us your thoughts!