Coaster101 recently returned from a trip to Six Flags over Georgia, one of the original Six Flags parks. The park features Goliath, Batman: The Ride, 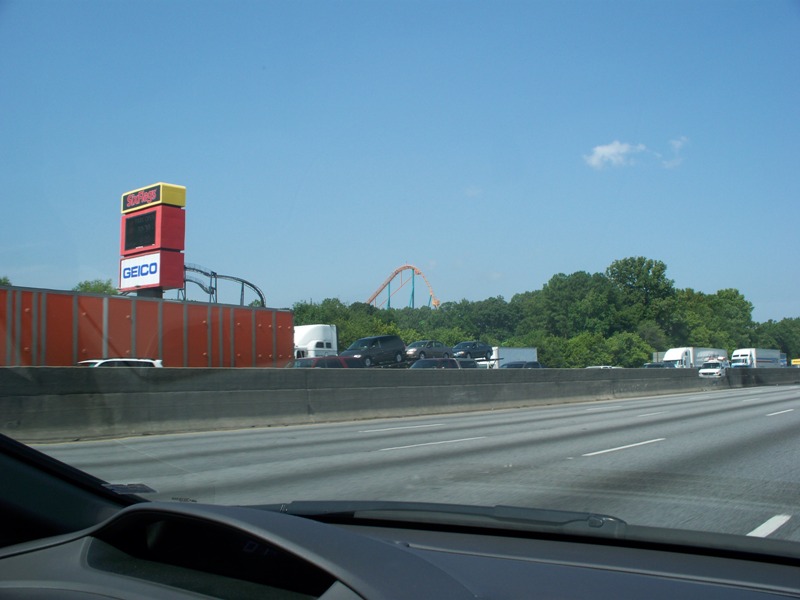 A good sign that we didn’t get too lost on our 10 hour overnight drive. 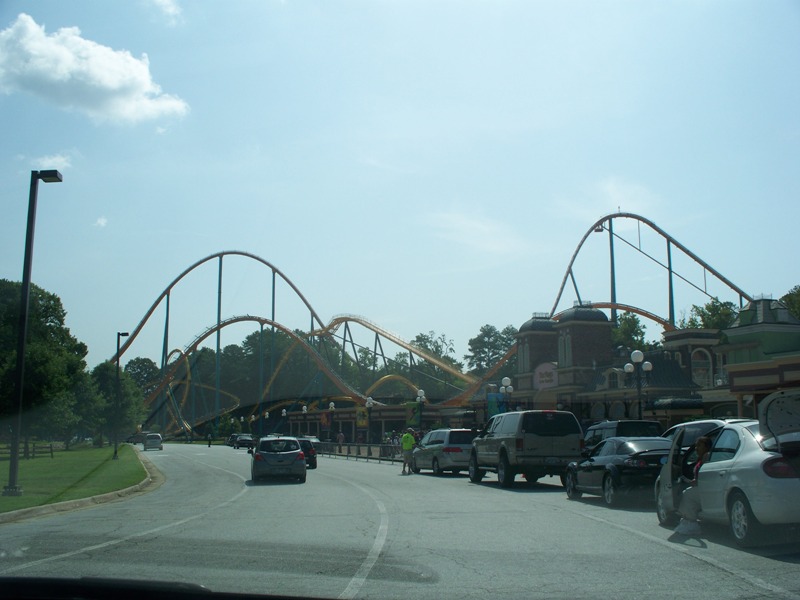 The grandiose entry to the park had my parents ooing and aahing (it seems that phrase is much easier said than typed). 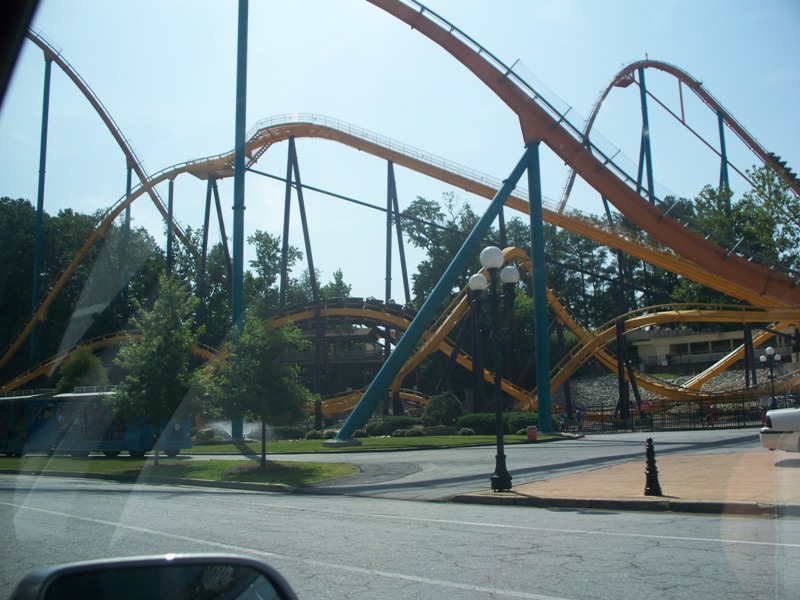 Even the ending bunny hops of Goliath tower over Scorcher. Bonus credit for getting two trains whilst driving by. 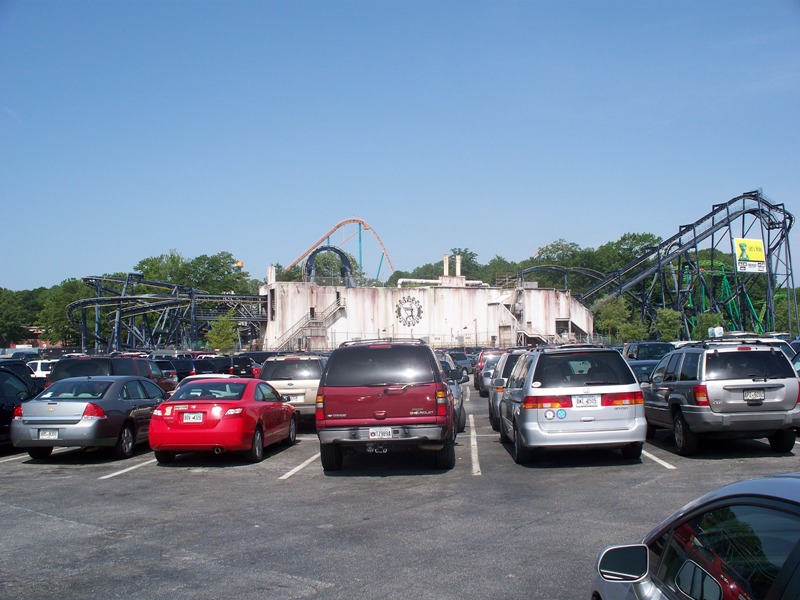 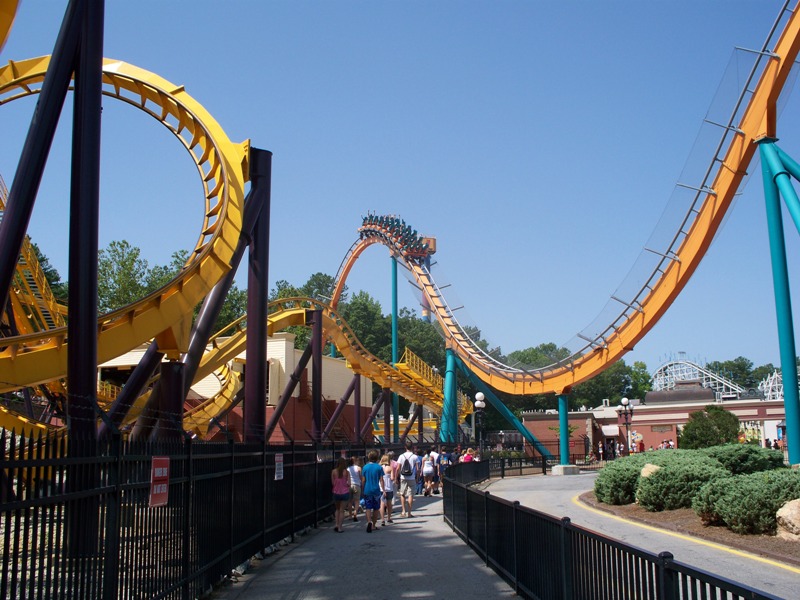 Only a mile farther to walk… we should have taken the tram. 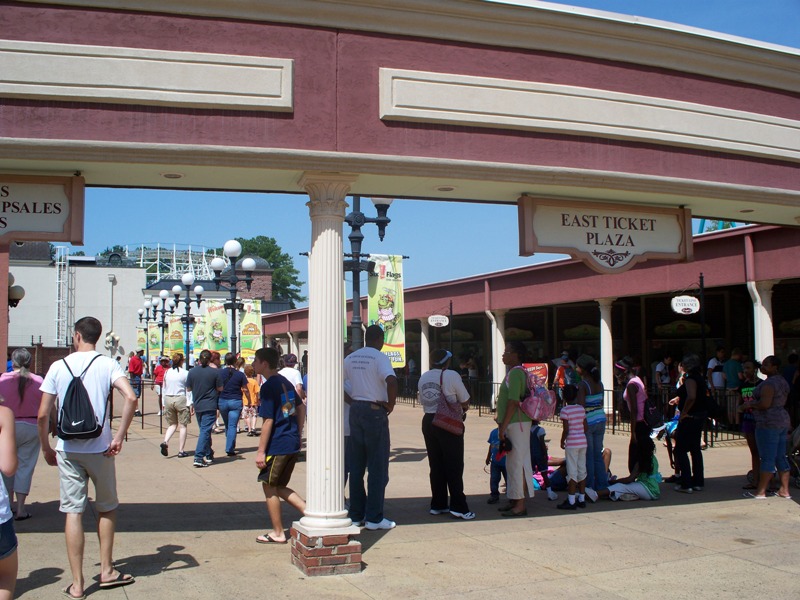 Because of my season pass, we only had to pay $50 to get me and both of my parents into the park! Yay for Six Flags being the Wal Mart of theme parks! 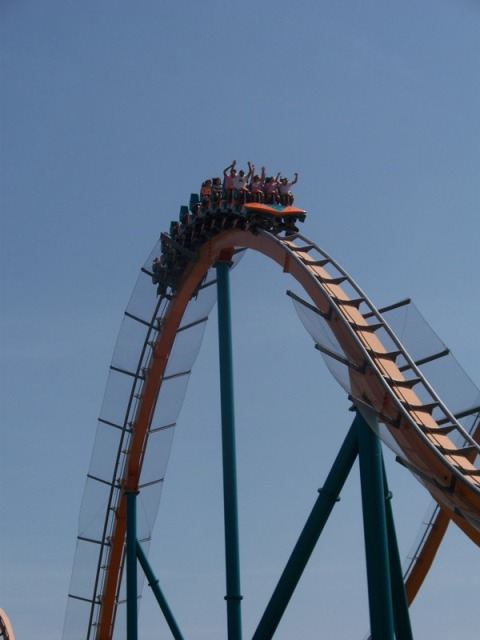 I loved how Goliath could be seen so easily from outside (and inside) the park. 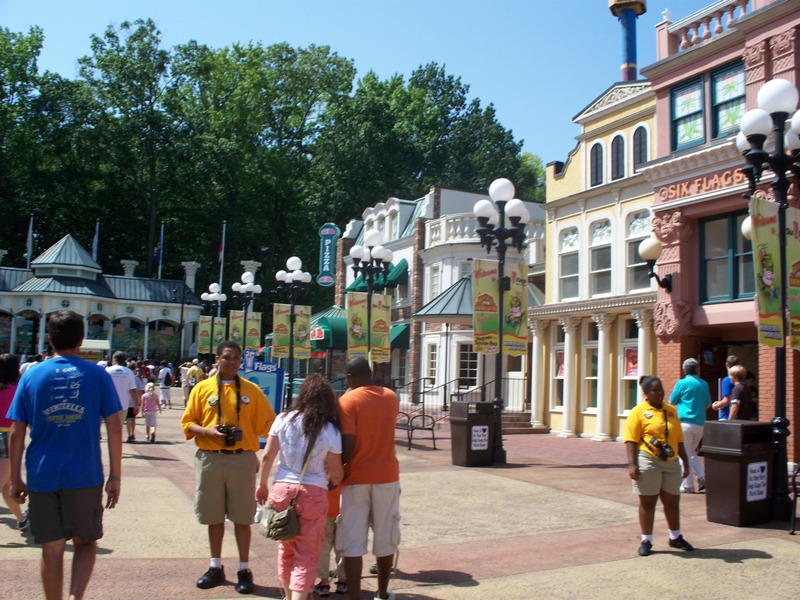 A quaint entrance plaza, but we don’t have time to stop and stare, to the back of the park! 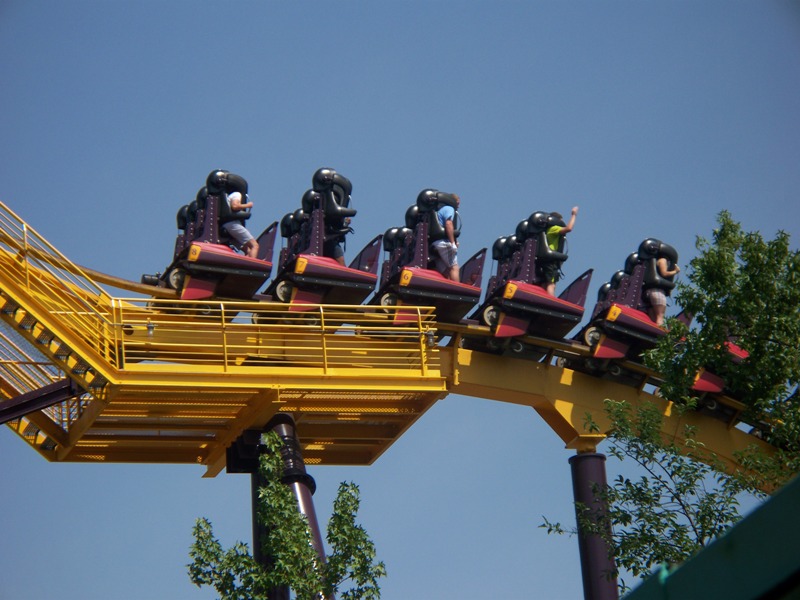 Ah, but alas, as would be standard for much of the trip, things don’t get done as fast as one would like. My mom needed a second bathroom break already. 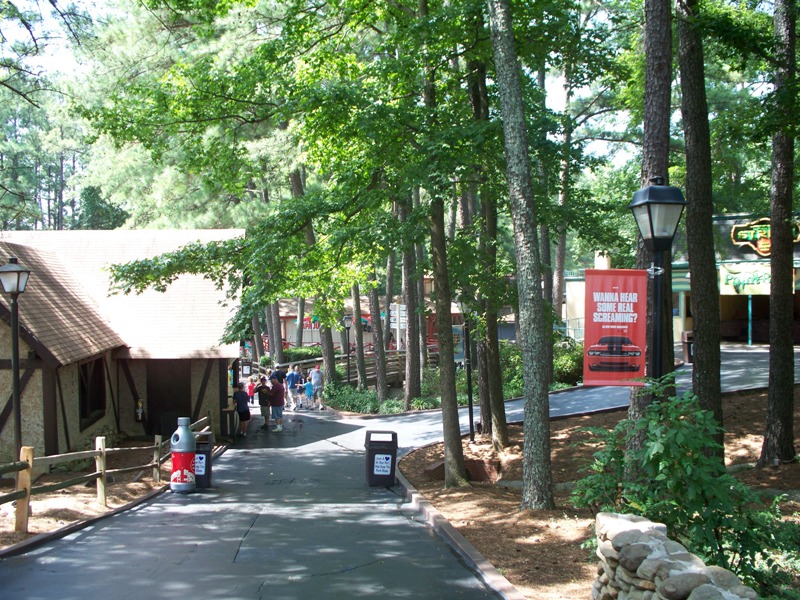 Back on track, SFoG has some very scenic areas. 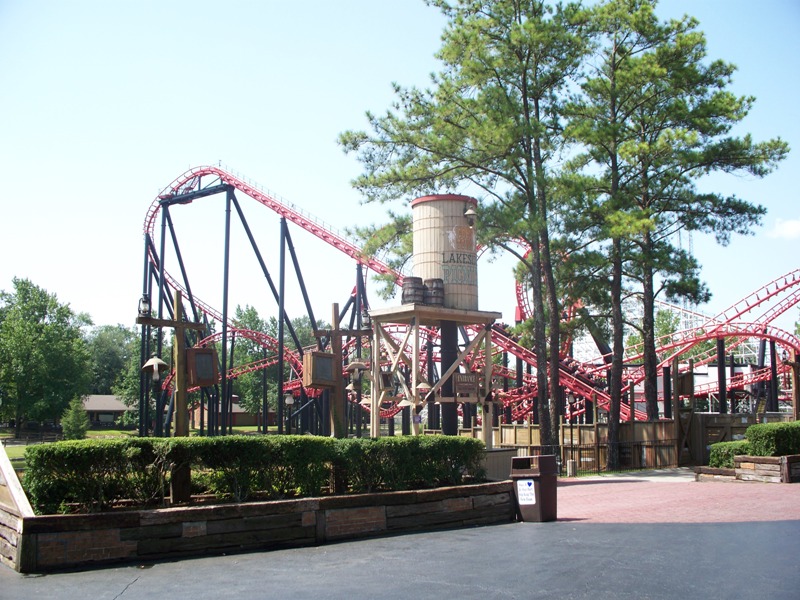 Our ride on Ninja would begin the hot and cold personality of SFoG. The crew on Ninja was very poor, the ride op wasn’t stopping the ride in the right place which left many people confused and caused people to steal others seats. When a couple finally asked an op which seat they were supposed to board, she counted the gates multiple times and pointed to the sixth pair of seats… the couple was in the fifth gate. Not only was the station a mess of confusion with ill-knowledgeable ride ops, but the ops were also “having fun” with the train as it exited the station, stopping it every couple seconds and laughing. Not a good first impression of the staff. 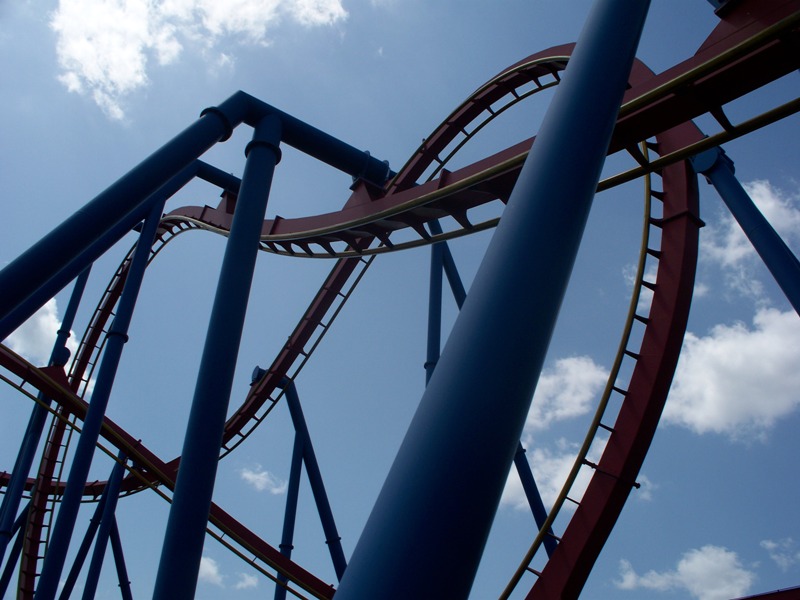 Superman would come next, as advised by members here to get to Superman early. No train in this one, I didn’t have time to wait every time I wanted a picture. Nonetheless, I love this element. 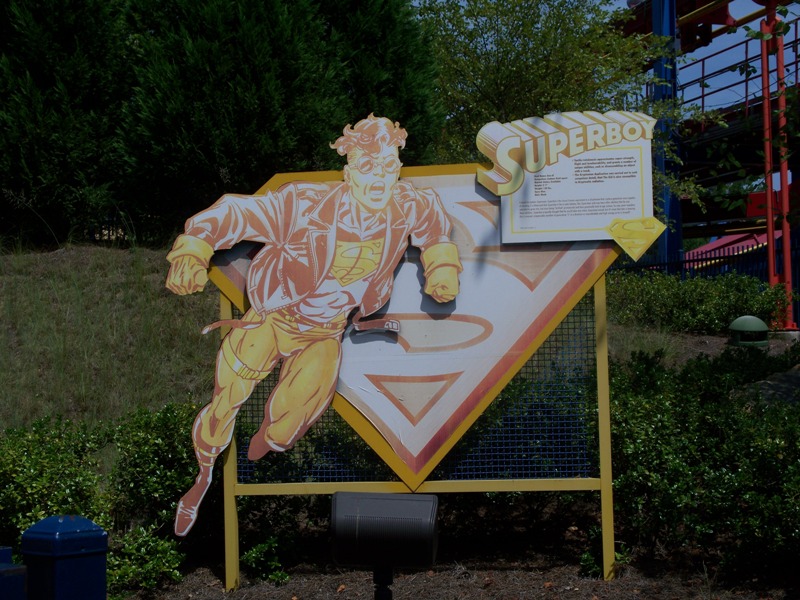 Signage update? They sure can keep their ads shiny and new, why not their theming? 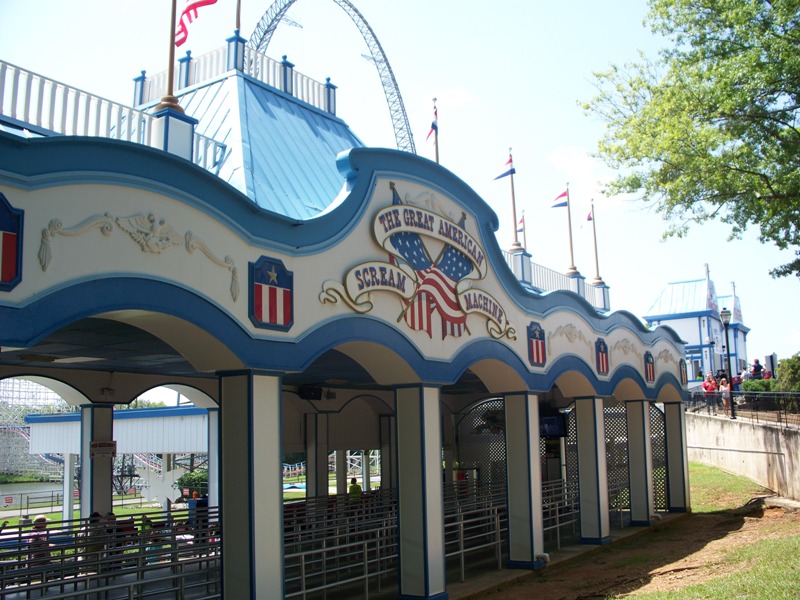 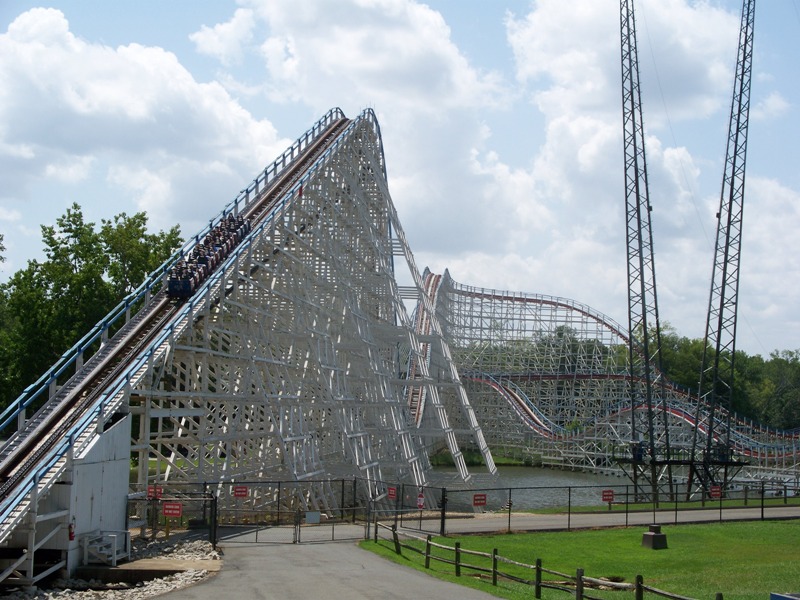 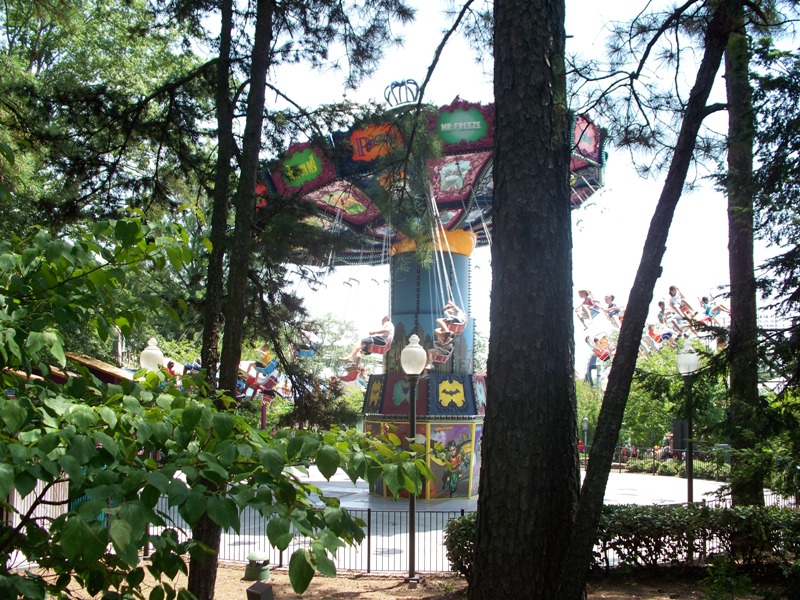 This TR will be null and void of all “through the trees” comments, excluding the aforementioned. 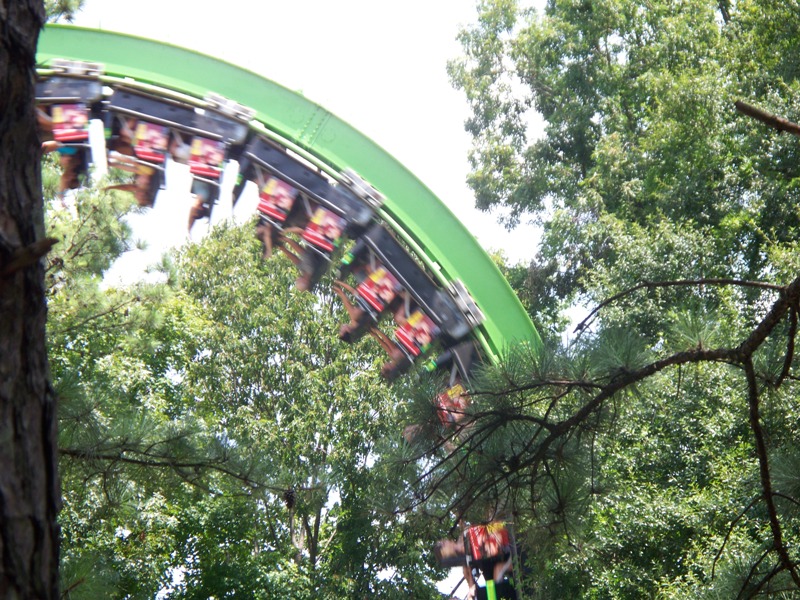 Mindbender is in a very nice area with lots of shade. 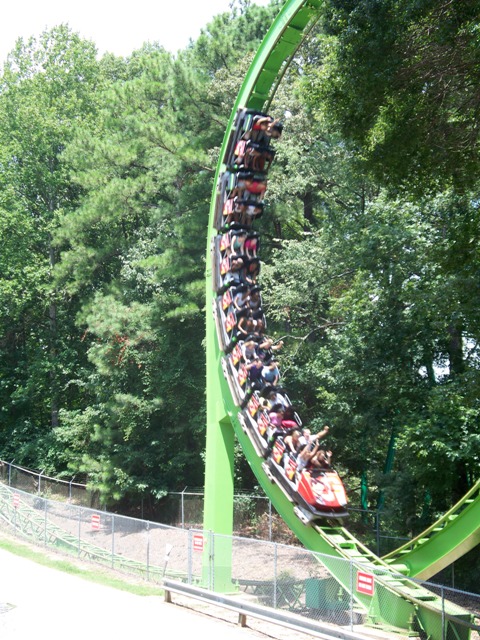 I was expecting a lot more from these loops, at least they sound cool. 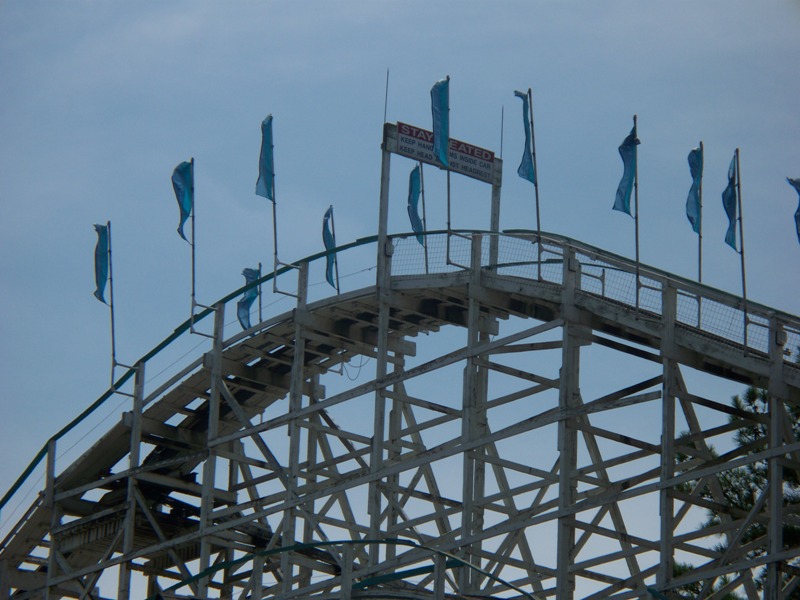 This picture follows along with the “I don’t have time to wait for a train” trend. 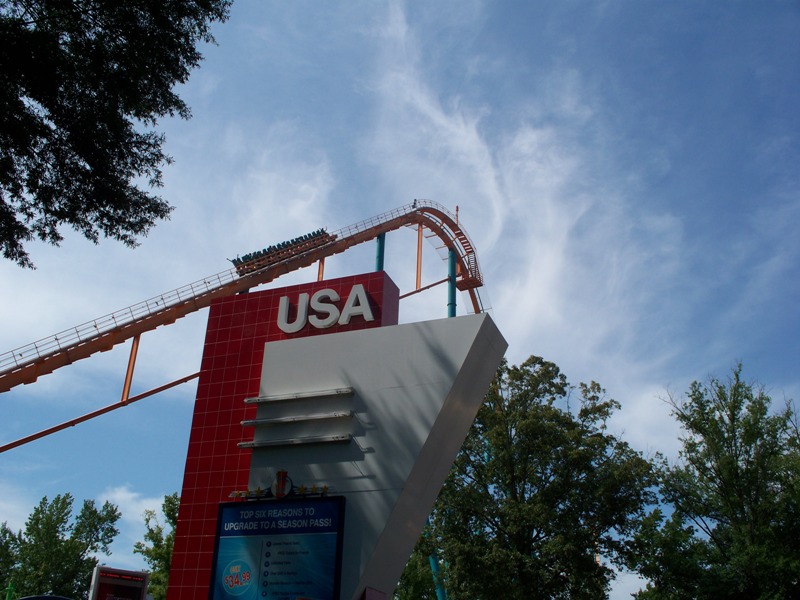 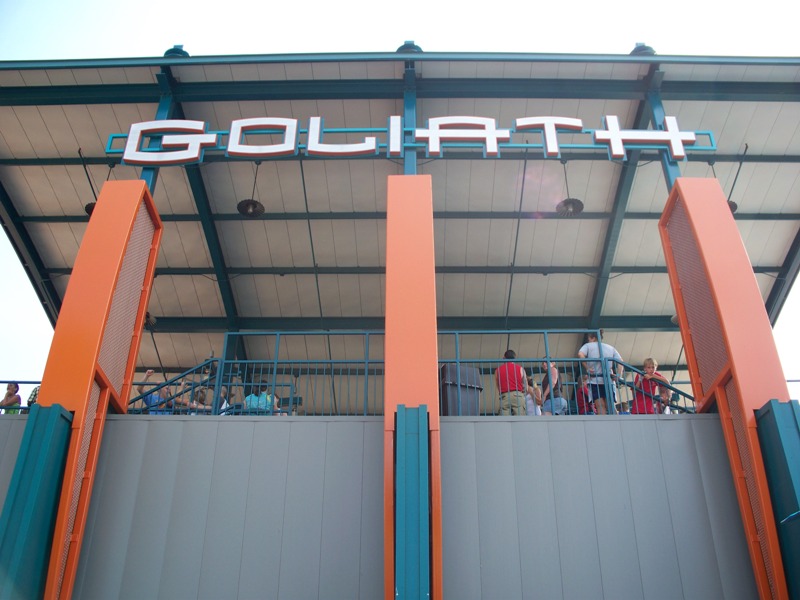 I love the design of Goliath’s station. 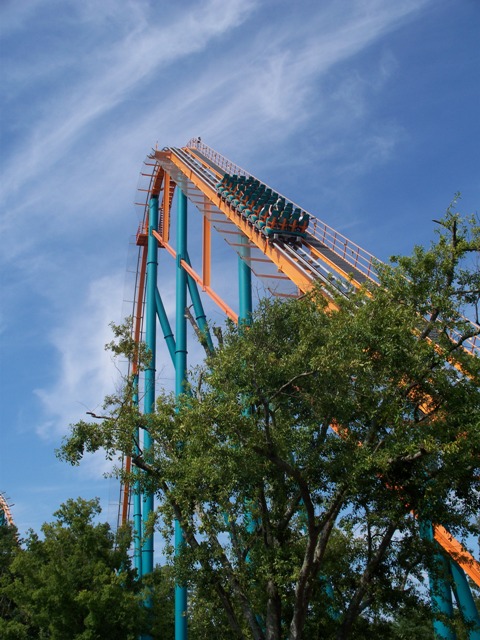 Best ride of the trip. The crew here was very hit and miss on their intervals. The poor staffing was also evident here when a new op came to take the spot of a girl who was scheduled to be off soon. The boy had clearly never operated the ride, and the girl’s on-the-job training consisted of “just watch what I do for a bit I’m leaving soon” to which the boy stared back at dumbfounded. Five minutes later she was gone and he was walking around stapling people into their seats. I’m sure he had some sort of prior training but it was clear he did not know what he was doing even after being “shown how.” 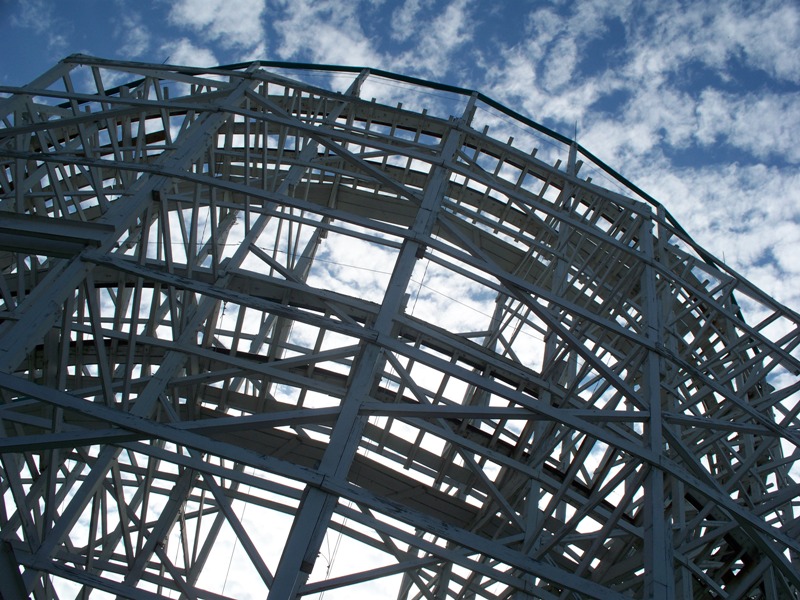 Bad staffing was evident on GA Cyclone too. This time the problem was even more dangerous. Three girls were operating the ride; one was laying on the ground laughing, the other was “checking restraints,” and the other was laughing at the girl on the ground. When it was time to dispatch the girl on the ground yelled at the other to “press the button” to which the other responded “naw go ahead I don’t want to.” It was very unprofessional and dangerous, I saw at least 4 kids get on in the short time I was in the station that were clearly not tall enough to ride. On a positive note, I had fun at the park and thought it was really nice despite the poor staffing and mediocre rides lineup. Oh, and this is my favorite picture of the day too.