Coasting for Kids a Success

The Coasting for Kids event at Cedar Point was a huge success, and I have a million things to recount about the day.

I’ve heard that they continue to get donations, and now we’re over $8000! Considering the short notice and relatively small number of people (twenty-six on the final run), that’s amazing. The guys  on the train led to walk-up donations on the midway, and the hard-working, minimum wage crew passed around the hat and donated as well. I’m really proud to be a part of this community for its ability to step it up, and with so little notice.

I ended up doing 105 laps on “G-money”. The most anyone did was 129. I did 42 consecutive laps in the afternoon without leaving my seat once, over three straight hours of riding! Gemini is 3935 feet long which means I traveled 78 and a quarter miles on the coaster.

Arriving at the park at 7am was a very odd experience. A heavy fog had settled in which made walking through the deserted park extra eerie. Except for the occasion maintenance worker, there was no one in sight until I made it back to the coaster. A tent was setup in from of the ride and they had some very good pastries, coffee and juice set out for breakfast. It was very good. In fact, too good for some people. The guy sitting in the seat in front of me tossed his cinnamon roll on the sixth lap! I’d never actually seen someone throw up on a roller coaster until now. Amazing he didn’t get any on me. Needless to say he had to make a trip out of the park for a change of clothes and we all had to get out of the train so they could clean it. I’m glad I didn’t hurl.

Once the red train was cleaned up we got back on and rode some more. After a little while, everyone got off for a group photo. I’d say we got in about forty laps before they asked us to move to the blue side as the park was opening to the public soon (early entry was at 10am, regular was 11). They had us exit and go around in order to safely load the blue side. A few riders used this opportunity to run to bathroom and they made it back on with a minute to spare.

Around 11:30 or so I went to eat one of the boxed lunches Cedar Point provided for us. It was a good thing too because the blue train broke down with a limiter problem shortly after I got off. They were down for 20 or 30 minutes. Some people utilized that opportunity to take a break, get some food and use the bathroom. Unfortunately for the other train they sat in the brake run through the entire down time.

The first two hours of riding were definitely the hardest and went by the slowest. I thought “what have I got myself into” and “I’m never doing this again.” Some of that was trying to find a seat that I could tolerate. I preferred being in the middle row of the second car. Once the park opened to the public, the day really picked up and became a lot of fun. In the morning I took a break every five or six laps but in the afternoon I really hunkered down and found a nice groove.

Throughout the course of the day we got several funny looks from visiting guests. Many people asked us what we were doing. Others wanted to know why they couldn’t ride on the blue side. I think the knowledge of “Give Kids the World” was significantly spread throughout the day. Many guests cheered us on as the amazing Gemini crew posted updates on our progress fairly regularly. With all of us being on blue and the GP all being on red, I think I would be accurate in saying that this was probably one of the most interactive days in a long time for Gemini. We had almost everyone slapping hands on every run. One of the ride ops called the guests of the red train GP.  “And there’s a rule: if you don’t know what GP stands for then you are.”

There was a lot of taunting back and forth too. “I’ll bet you the number of times we’ve gone on this ride that we’re going to win.” “Spolier alert- we’re gonna win.” We rode so much that it got to the point where we knew if we were going to win the race before we even made it to the lift hill. The Gemini crew helped us out by taunting and trimming the other train: “Red only wins when Chuck Norris cries. And Chuck Norris never cries.” “Hold on tight and enjoy your loss to the blue train.” I think our overall record while I was riding was 100- 4 -1. The crew had been releasing our breaks anywhere from three to six seconds later than the GP to try and time the turn arounds better and give the GP a shot at winning.

During one of the runs, one of the ride ops posted a challenge to see which “world-class riding technique” made the trains run faster, rowing or head fins. It was the GP’s responsibility to row while it was our job to do the head fins. Our entire train kept their fins up for the entire ride, save for a few hand slapping opportunities. We won thus proving heads fins is a better riding technique.

The interaction with the other train was great and made the day go by faster. I couldn’t imagine doing a marathon on any other ride. There were only fifteen people on the train I was riding and everyone was sitting on the left hand side in order to high-five the other side. I think the fact that we were riding for charity got more than a few GP to loosen that death grip on the lap bar and reach out for a slap, and the smiles on the faces of some of the littlest riders when we stretched extra hard to reach their hands was priceless.

At the end of the day we all got together on one train with all the people from GKTW and had one final run. We took another group photo and headed off the ride. They gave us all a certificate, a bag and a pin. GKTW expressed a great interest in expanding this next year to other Cedar Fair properties.

The weather was pretty good throughout most of the day. It started out fairly chilly but warmed up when the sun came out. We felt a few raindrops in the late afternoon but the rain held off until my drive back to Michigan. I would recommend future events to take place early or late in the season as I can’t imagine doing a ride-athon on a ninety degrees summer day.

I have been highly critical of Cedar Fair parks in the past. I usually leave feeling somewhat put off by the high in-park pricing. That being said, Cedar Point did an outstanding job with this fundraiser. I was very impressed. Kudos to them. They let all the participants visit the park for free (including free parking), fed us breakfast and lunch, let us use their ride for eight hours and paid the crew that ran it all day. And boy what a crew they were. If anyone from Cedar Point ever reads this, everyone who worked on Gemini that day deserves a big raise or huge bonus. They were incredible and I can’t imagine the day being anywhere near as fun without them. I wouldn’t do it again right away but by the time next year rolls around I can see myself signing up again. Big thanks to Cedar Point, Give Kids the World, and everyone who donated!!!! 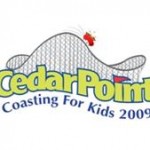 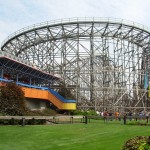 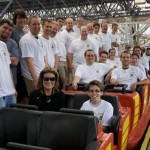 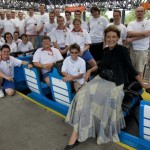 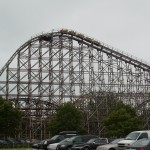 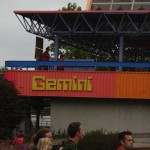 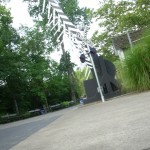 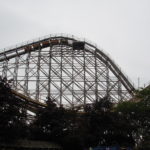