Hey everyone, I’m back from my trip up to Chicago and I’ve got my first official TR! First I’ll just set the scene for Saturday: It was a SATURDAY, it was 90 degrees plus, and it was Latino Fest. I’ll let you guess how many people were there.

I had to go with my whole family including aunts, uncles, and cousins. So we had to do what everybody wanted to do. So first we all rode Stargate. It’s ok but I liked Space Shuttle America. Maybe because half of the seats were broke. Then we waited 20 minutes to ride the Sky Tower. I got some pics there and then we were off to the
Whizzer. This year it seemed smooth to me but that might’ve just been me. I saw like a 14 year old running the thing. But that’s a whole other subject that I’ll get to later.

Then we were off to my favorite coaster at the park: Raging Bull. It was running all three trains that day. That ride tops my list every time. After that I rode Giant Drop. That’s my favorite tower ride of all. Then we ate lunch and rode the train. After that our group finally split up with the “weenies going to the waterpark. The rest of us went to the line for Iron Wolf. This was my first stand up and my first major pain headache. It lives up to it’s name as being a headbanger. Then we waited 30 minutes to ride the river ride and it was ok. I got soaked. Then we waited 40 minutes for Batman and it was great as usual. Then I got a hit on A Eagle and Demon.

Right before going into the Demon’s queue, my Dad got a phone call. It was the other group. The wait was 45 minutes just to get into the waterpark. Then as they left that area to go to Carousel plaza, they got trapped under the train bridge. There were so many people waiting to get into the waterpark, leaving the park, entering the park, sitting on benches, that NO ONE could move. People were getting in fights screaming, falling. My 8 YEAR OLD cousin asked politely if he could get by and an ADULT lady started screaming at him. I’m sorry, but that’s just wrong. Thankfully there was a cop with his family trying to get out of the waterpark which was also gridlocked started forcing people out of the way. When our family finally got out they and ALOT of other people were at customer relations complaining. Some people called 911 for the police.

Overall, the day was packed with long lines. The heat and the fest going on didn’t help either. Six Flags needs to hire older, more mature workers. I saw a female security guard about 15 that was trying to handle the crowds. This just isn’t going to work especially with the new waterpark.

Here are all the pics: 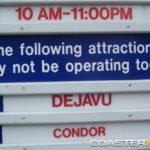 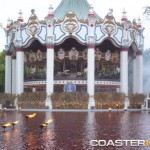 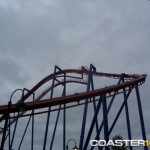 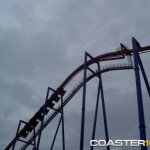 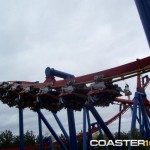 The queue gives you a great view of the ride. 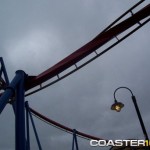 The track goes right over you! 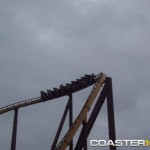 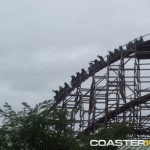 Viper is a great wooden coaster. 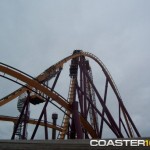 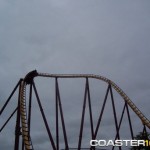 Raging Bull is the only “hyper twister”. 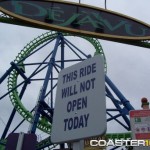 So typical of Deja Vu. 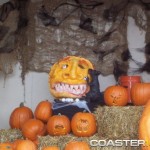 Yes, that’s all one pumpkin. 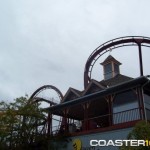 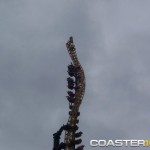 They have reached the end of the track. 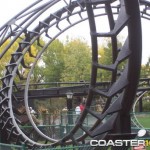 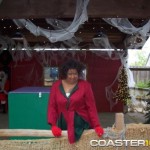 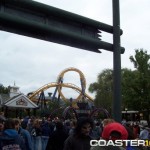 Batman’s loop can be seen. 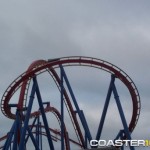 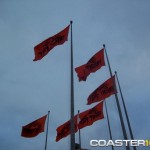 Six Flags! Get it? 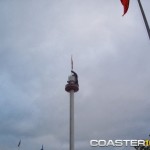 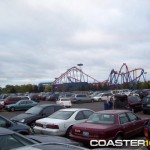 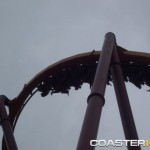 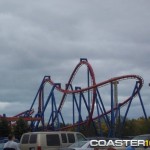